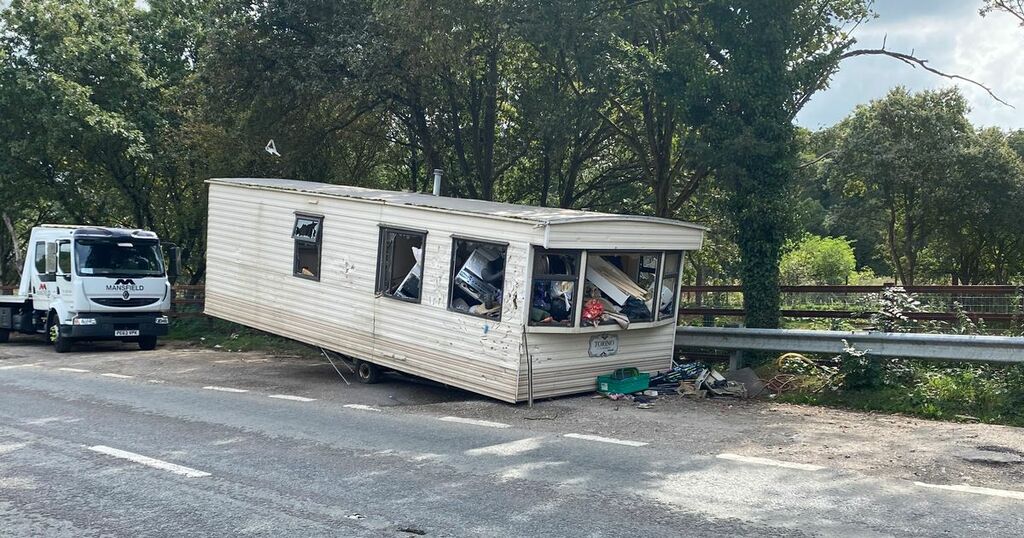 People have been left furious after fly-tippers dumped an entire mobile home by the side of the road.

The 8.5m caravan was abandoned on the A40 near Beaconsfield, Buckinghamshire, just around the corner from a recycling centre.

It was left packed full of discarded items including pushchairs, wardrobes, bed frames and vehicle number plates – some of which were piling out of its smashed windows.

The abandoned mobile home was first reported on September 1.

Posting on FixMyStreet, which logs reports of road issues, a complainant said: "I see that this was reported on the 1st September and still there 12th September.

"What is the council's excuse for this one not getting it removed and prosecuting the person whose number plate is in the original photo left on September 1."

A spokesperson for Buckinghamshire Council said: "Our Highways Team are aware of the caravan and are arranging for it to be removed as soon as possible."

Reacting on Facebook, Adell Coppock said: "I find it hard to believe that no one saw anything or that a CCTV camera somewhere on the way there didn’t pick it up…"

Rob Papworth agreed: "Impressive how they got that there undetected."

Katie Bee complained: "And guess what the council will do? Absolutely nothing, spot on."