Floyd Mayweather 'in talks' with YouTuber for money-spinning exhibition bout 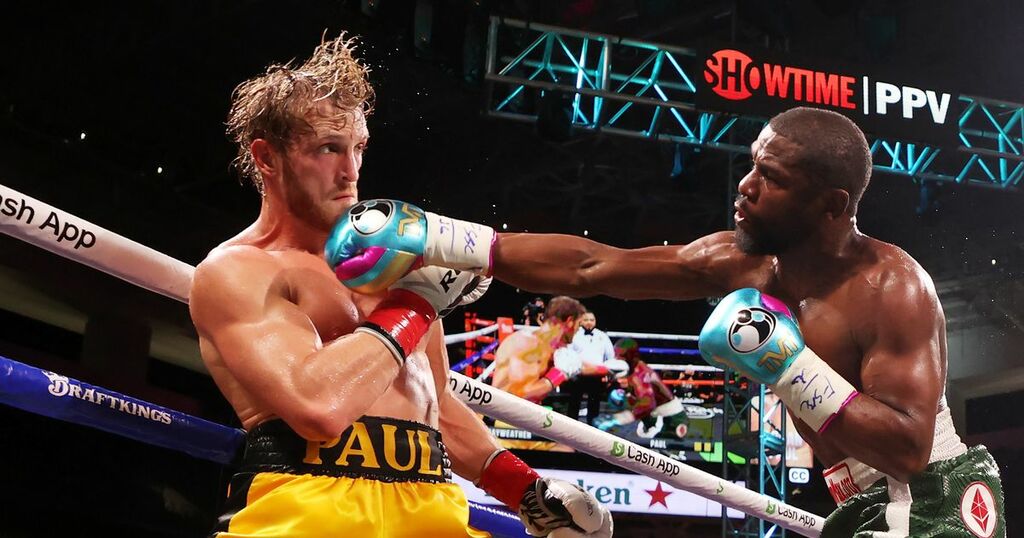 YouTube star Money Kicks has claimed he has held talks over an exhibition fight with Floyd Mayweather in Dubai.

Mayweather made international headlines when he squared off with social media sensation Logan Paul in Miami earlier this year, and could be set for another big payday in the Middle East.

YouTube star Money Kicks, whose real name is Rashed Belhasa, has claimed talks are underway between his team and Mayweather's.

During an appearance on the Lovin Dubai Show to promote his upcoming second boxing match, Belhasa said that his next opponent should he win his sophomore bout could be Mayweather.

"Next, you never know, may be Floyd," he said when asked for his future boxing plans.

"Talks are happening between me and Floyd Mayweather [for a bout] in the region, in Dubai."

The pair have met before, with Mayweather making a visit to Belhasa's Dubai mansion in 2017 after his win over Conor McGregor, which was his last professional outing.

They seemed friendly at the time, but could be set to become rivals in a bout that could be worth millions to both of the fighters.

First, however, Belhasa will have to beat Indian social media influencer Ajmal Khan in his second fight at the 'Social Knockout 2' event in Dubai's Coca-Cola Arena.

He won his first bout against fellow social media star Anas Elshayib by decision on the original event earlier this year, having been inspired to take up boxing by his pal Logan Paul.

Belhasa has over five million followers across his social media channels, and is the son of business tycoon Saif Belhasa.

He and Paul became friends during a trip the American made to the Middle East early in his career as a YouTuber, and have stayed in touch.

Are you interested in seeing an exhibition boxing match between Mayweather and YouTube star Money Kicks? Let us know in the comments section!

They even trained together during a recent trip Paul made to the region in the lead-up to his fighting debut.

And while the bout may seem fanciful, it wouldn't be the first bizarre exhibition that Mayweather has participated in to make a payday since retiring from the sport.

He recently took on Paul in an eight-round exhibition at the Hard Rock Stadium in Florida, with the bout ending without a winner after the pair went the distance.

Paul was considerably bigger than Mayweather, and was able to use his size advantage to stifle his opponent towards an eight-round fight.

And it wasn't the first time Mayweather took part in this type of event, with the boxing legend having faced off with kickboxing star Tenshin Nasukawa back in December of 2018.

He took on the considerably smaller Nasukawa in Tokyo, Japan on New Years Eve 2018 as part of a Rizin event, brutally stopping the kickboxer within the first round after dropping him three times.