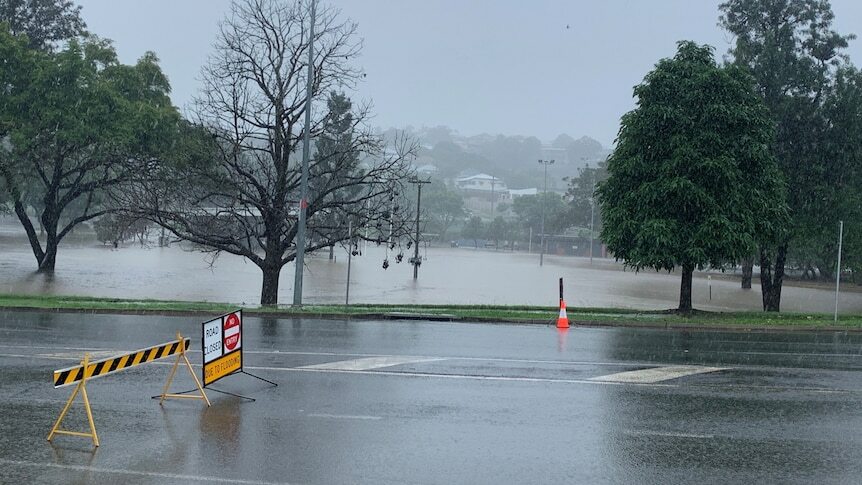 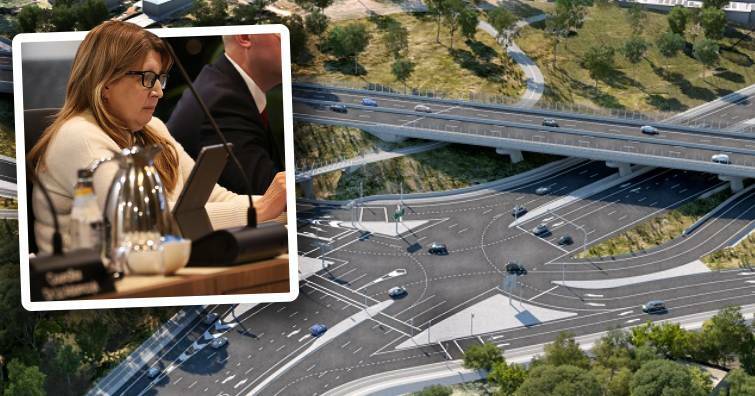 As Gympie is isolated by floodwaters for the second time in about two months, residents and business owners are preparing for the worst.

"We slept in the work shed last night just keep an eye on it," said Gympie caravan and RV trader Sharon Cobb today as water rose around her business in one of the town's low-lying areas.

"We worked until late last night sorting out upstairs storage so that we could get more up there."

The business has been cleared out three times this year after flooding in January and February.

About 800 Gympie businesses and homes were impacted by floodwaters in February and many are yet to get back to normal.

Ms Cobb said she had no insurance on thousands of dollars worth of vehicles lost in the last flood, because of their location.

"We knew it was a flood area when we moved down here but you don't expect to get hit three times in one year," she said.

"Last time was pretty horrific. The clean up was just unreal.

"It probably took about three weeks to clean up. It smelt like a pig sty. There was just mud everywhere."

Yesterday, authorities predicted the Mary River would peak at about 16 metres this afternoon but the water is rising faster than expected.

Businesses in the lowest part of Gympie's main street are preparing to go under.

Further up Mary Street, café owner Karen Flack said her business would be fine as long as water did not surpass 19 metres.

"I've seen this time and time again," she said.

"You get one big one, you get a little one. It sucks for everybody down that end but we're pretty good here.

"But tomorrow is another day and if this doesn't go away, then we'll reassess."

Her business reopened only three weeks ago after it was completely submerged in February.

Mayor Glen Hartwig said the town could be isolated until Monday.

"If you are travelling from the south or the north you will not get through Gympie," Cr Hartwig said.

"Over the next 24 to 28 hours the river will start to drop down.

"We are hoping that, based on the rainfall in the catchment, it will recede quite quickly."

He said the current event would not be as severe as February's which "hadn't been seen before by any person above the earth".

'Mother nature in her fury'

Yesterday, committee members of a Gympie art gallery cleared out the building in preparation for the worst and, less than 24 hours later, floodwaters surrounded the building.

Committee member Sandra Ross said the gallery had not been repaired since February.

"With these recurring weather events ... with climate change, it's a big issue, it's a government issue. It's bigger than a gallery."

Electricity wires were hanging from the roof and the ceiling was still to be replaced.

"The whole ceiling was on the floor in the mud and the stench," Ms Ross said.

Royal Hotel employees again moved what they saved from the last flood to higher ground yesterday, after the hotel suffered $2 million in damage in February.

Manager Dakoda Kays said the latest weather event was another hurdle in the venue's recovery.

"No matter how much progress we make we can't do much," Mr Kays said.

"We won't open until the end of this year."

The water rose to the second storey and destroyed almost everything in the building in February.

"At this point, there's not much it can really do, everything has already been damaged and we've already washed and cleaned what we can," he said.

But he remained in high spirits.

"You've got to keep striving and keep moving forward," he said.

"The weather is going to throw you unfortunate events and you've got to keep pushing through."