Heavy rains and flooding have killed at least 306 people in South Africa's eastern KwaZulu-Natal province, including the city of Durban, and more rainstorms are forecast in the coming days.

The death toll is expected to rise as scores of people, including whole families, are missing, officials said Thursday.

The persistent rains have wreaked havoc in the province, destroying homes, collapsing buildings and washing away major roads.

The damage to Durban and the surrounding eThekwini metropolitan area is estimated at $52 million, eThekwini Mayor Mxolosi Kaunda said Thursday.

At least 120 schools have been flooded, causing damage estimated at more than $26 million and bringing officials to temporarily close all schools in the province.

At least 18 students and one teacher from various schools have died in the floods, Education Minister Angie Motshekga said.

“This is a catastrophe and the damage is unprecedented. What is even more worrying is that more rain is expected in the same areas that are already affected,” Motshekga said in a statement issued Thursday.

Police used stun grenades to disperse residents in the Reservoir Hills areas of Durban who were protesting what they said was the lack of official assistance, according to South African media reports.

The South African National Defense Force has deployed troops to assist with rescue and mop-up operations.

The floods have knocked out water and electricity to large parts of Durban and the surrounding eThekwini metropolitan area and it will take at least a week to restore those services, according to officials.

President Cyril Ramaphosa visited is convening an emergency Cabinet meeting to declare the floods a national disaster so that funds can be released to help repair the damage. He visited several areas hit by the floods and mudslides on Wednesday.

Fourteen crocodiles that were swept away from a farm in the Tongaat area north of Durban have been recaptured, according to wildlife officials. 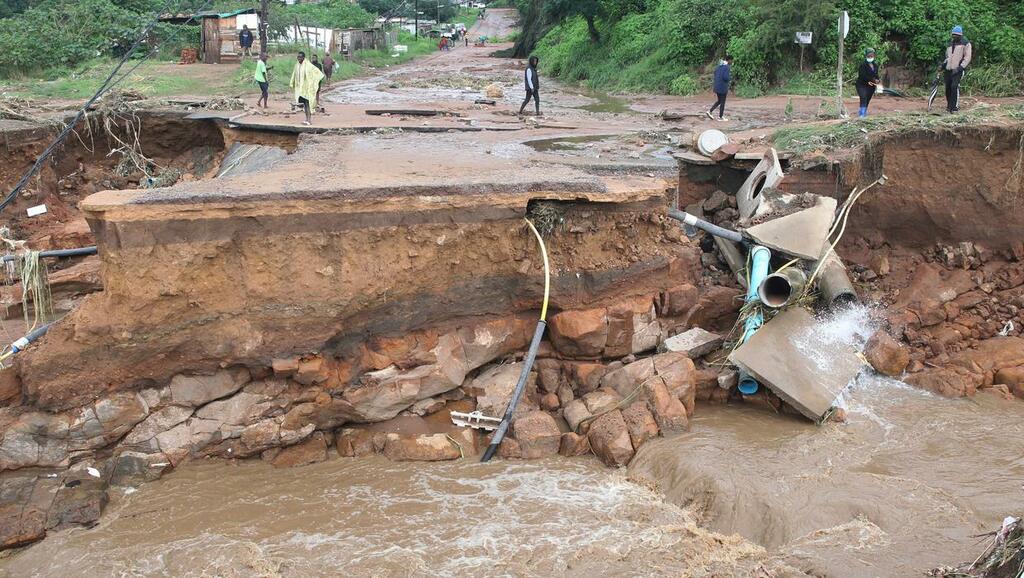 Irish Independent
One subscription that gives you access to news from hundreds of sites
Flooding continues in South Africa's Durban area; 259 dead