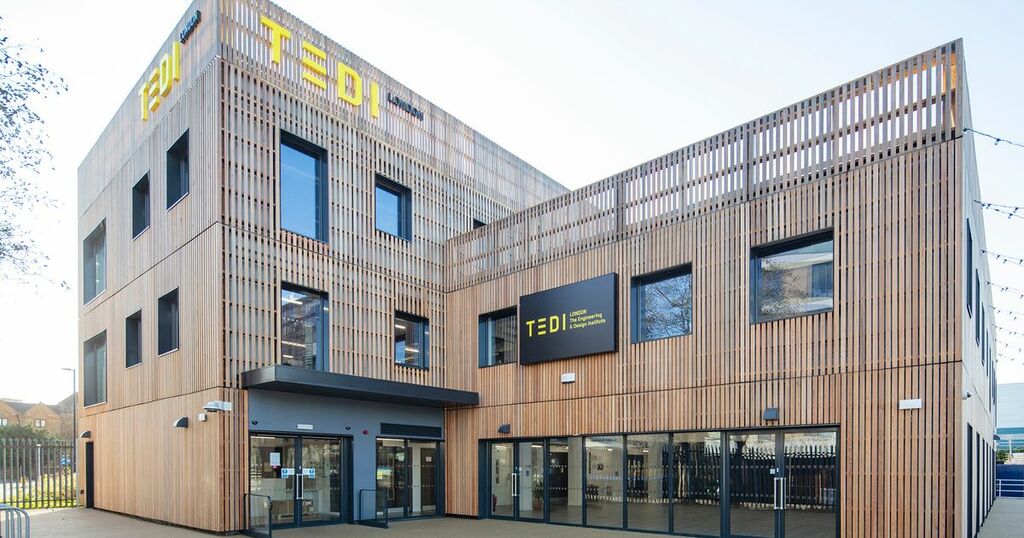 Birmingham Post
Mark Dewalt, architect and co-founder of a firm, dies at 70

Known as a problem solver, his longtime clients include the Merchandise Mart and the School of the Art Institute of…

All drama on the outside, full of delicacy within, Feilden Fowles’s daring design provides a harmonious, light-flooded space that revels…

The Guardian - UK
A Jewish renaissance in Greece: Abandoned synagogues get new life

The Jerusalem Post
Get all your news in one place
Latest Lifestyle news:

Salon
From analysis to good news, read the world’s best news in one place
Use this marinade for juicier lamb chops

It is barely six years since the duo completed their architecture schooling; yet the two, in their late twenties, have a portfolio of work to showcase that display a young master’s touch. Having already completed over 20 projects since they began practising and with over 30 projects currently in the pipeline, Architects Vishwas Venkat and Vikas M.V. of Crest Architects are clearly riding the crest of their success. Their range of projects stands testimony to their brilliance in design, conceptualisation and perseverance to explore and excel.

Their very first project, Floating Walls, was incidentally initiated while still in college, in their third year of architecture to be precise. “It was an unplanned meeting, yet the concept interested us to the point of prompting us to take the discussion forward which ultimately landed us the project”, smiles Vishwas. Having committed to the design, the duo had to then juggle their architecture school with the design and execution of the project. “We succeeded simply because our perception of design was not work but pure joy of conceptualisation and execution”, he further adds.

Given the project being located in a congested urban site, Vishwas and Vikas had to come up with an inward looking design which called for the presence of a sky-lit courtyard. “Bringing in an internal courtyard in the residence made a connect with vernacular sentiments. It also ensured there was ample natural light and ventilation besides permitting the residents to experience greenery in their interiors”, he points. With the design veering towards keeping the spaces inward looking, the duo came up with cantilevered outer walls infused with slits which would make the walls appear to be floating in air without a base to rest on.

“The outer walls were cantilevered on the beams resting on the columns to create these slits. These slits were covered in glass to permit the infiltration of copious natural light into the interiors. Further, the windows were placed haphazardly at unconventional heights so as to form a unique design by themselves, accentuating the floating feel of the structure”, explains Vikas. Key portions of the roof too were cantilevered to lend the appearance of floating, creating the visual of a light and free structure.

Incidentally, the floats do not stop with the outer walls but extend to the interiors too beginning with the floating staircase treads that serve as an arresting sculptural element in the courtyard. This is complemented by a demarcating wall between the dining area and kitchen where it is suspended from the ceiling to appear as a hanging wall with no support underneath.

Given the minimal décor of the interiors, articulated chiefly by the natural materials used, the floating walls and staircase treads stand out as the highlight in the décor. Further, at the entrance, a massive 8-feet door greets the visitor with its floating slab, serving as a prelude to what awaits in the interiors.

When the duo was asked to design a model villa in a township, they decided to approach the design with a similar unconventional approach. The Framed House, as the project was christened, comes with pockets of its interiors captured in a frame to surprise and hold interest. With a façade that comes with a blank wall to completely block the south-west sun in its orientation, the structure is designed as two vertical cubes that frame the elevation with small slits on this blank white wall.

The framed openings begin at the entrance where a circular glass frame gives a peek into the deck within. The living area along with its double height sun-lit courtyard comes with a framed puja area which connects to the outdoor garden deck. “The framed openings are not restricted to outer walls but extend to interiors too where they are used to frame an interior space or capture the exteriors from within the residence”, clarifies Vishwas.

Thecourtyard along with the strategically placed slits and frames on the outer walls ensures there is ample natural light and ventilation in the interiors besides offering a differential approach to the design. “While designing we were particular on the quantum of natural light and ventilation penetrating the interiors as this has a strong impact on the psyche of the user of any space”, says Vikas. “They bring in an unmatched energy which is amplified when teamed with greenery and water. Hence we try to fuse in these elements into our spaces along with the use of natural materials where the colours are purely articulated by their presence against an otherwise pristine white background.”

Interestingly, for the duo, design does not end with the articulation of walls and interior spaces but extends beyond where the structural footprint has an equal say in the manner in which the building finally plans out. Thus, in their project Long House, the four bedrooms of the residence feature on two levels in the shape of three cubes stacked over each other in a staggered manner with a sun-lit courtyard in its midst. A massive 24 feet cantilevered roof hovers over the car park to accentuate the linear form of the structure. The exposed concrete of the structure further lends a minimalist language to the spaces within.

Birmingham Post
Mark Dewalt, architect and co-founder of a firm, dies at 70

Known as a problem solver, his longtime clients include the Merchandise Mart and the School of the Art Institute of…

All drama on the outside, full of delicacy within, Feilden Fowles’s daring design provides a harmonious, light-flooded space that revels…

The Guardian - UK
A Jewish renaissance in Greece: Abandoned synagogues get new life