Flight-Free Climate Conference Warns: ‘We Are Not Acting Like This Is An Emergency’ 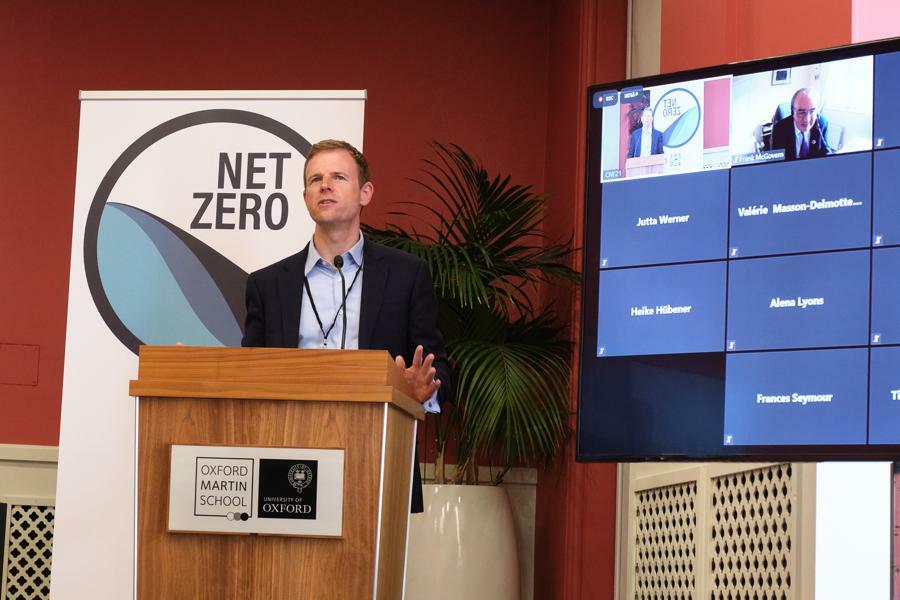 An international panel of scientists and policy experts has delivered a stern warning to governments due to meet for a global climate summit that the time for promises is over, and that immediate action must be delivered if the world is to avoid the worst impacts of climate change.

The warning was sounded by the Climate Neutrality Forum, a newly established community of climate experts who have developed an innovative “flyingless” event format, using in-person meetings at city-based hubs in Oxford, Berlin and Milan, as well as the virtual space, to enable conference-level participation without the need for emissions-heavy air travel.

The organizers of the two-day forum used the platform to tell nations attending the COP26 climate conference in Scotland in November that merely laying out climate ambition was no longer enough.

“In a standard emergency, it is rational to make a strategic plan to preserve lives and then to act. Yet the climate community convenes regularly to review, assess, and report ambition, with strategic action often far down the agenda,” said Kaya Axelsson, net zero policy engagement fellow at the University of Oxford and one of the principal organizers of the forum. “Our research at Oxford has shown that very few corporate or governmental net zero targets are backed by robust strategic plans of action or interventions that will fundamentally shift the system to address climate change on the time scale necessary. In this way we are not acting like this is an emergency. Our aim with this forum was to start.”

At the opening session, Cameron Hepburn, professor of environmental economics at the University of Oxford and director of the Smith School of Enterprise and the Environment, told attendees they had “a real chance we can come up with some new and sharper ideas on how to strategically intervene in our global socio-political systems to deliver more rapid action.”

Prior to the COP, the forum aims to develop recommendations that governments can use to effect the greatest possible climate benefit. Sabine Fuss, head of the Sustainable Resource Management and Global Change working group at the Mercator Research Institute on Global Commons and Climate Change, Berlin, explained.

“With the Climate Neutrality Forum, we wanted to put the science on the table to discuss interventions potentially leading to real step changes in climate action as we approach the climate negotiations in Glasgow,” Fuss said. “We wanted to lay the foundation for a community working on climate neutrality that includes researchers, policymakers and practitioners, and we wanted to showcase that we can bring together people from across the world in a meeting format that is consistent with a transition to a zero emissions future.”

In order to do that, the forum is focusing on six policy areas, beginning with climate justice, over the weeks preceding the COP. From those discussions the forum will develop what the organizers call “sensitive intervention points”—key policy recommendations intended to have the maximum possible impact in each of those areas.

The forum also highlighted the impacts that the coronavirus continues to have on urgent climate discussions. Just days before the event, Myles Allen, professor of geosystems science and Oxford Net Zero group leader at the University of Oxford and one of the forum’s founders, was diagnosed with Covid-19 and forced to isolate, attending the talks via video link. In comments following the event, Allen urged COP26 representatives to take big, bold measures to address the climate crisis.

“If Covid has taught us anything, it is the importance of prioritizing. Fix the big stuff first,” he said. “Unfortunately, most of the conversations around COP26 are about solutions that might, at best, shave a tenth of a degree Celsius or two off global temperatures in the second half of this century. Meanwhile, fossil fuel emissions are driving up global temperatures at two tenths of a degree per decade. We have to stop fossil fuels from causing global warming, and until we have a credible plan for doing that, everything else is a bit moot.”

The organization of COP26 has already been dogged by criticism. There are serious concerns from NGOs that developing countries could be frozen out of the talks in Glasgow as a result of vaccine inequality, while sources in the finance sector have told media they had abandoned any hope of significant progress being made this year.

Yet the stakes could not be higher. The IPCC has determined that the world must curb its carbon emissions by at least 49% compared with 2017 levels by 2030, and achieve carbon neutrality by 2050, in order to limit global warming to within 1.5 degrees Celsius. As reported by Forbes, last month’s IPCC science report provided unprecedented clarity on the connection between a warming world and more extreme weather events.

Speaking to Forbes Sustainability, Massimo Tavoni, director of the RFF-CMCC European Institute on Economics and the Environment and Professor of Climate Economics in Milan, summarized two of the forum’s sessions focusing on climate justice and on climate finance.

“Achieving climate neutrality will not happen without adequate investment flows and rapid redirection from fossil [fuels] to green. Financial institutions have the capacity to steer that process, but only if guided by adequate policy instruments and credible long-term signals,” Tavoni said. “A resilient and smooth transition will need to ensure not only that transition risks are well managed, but also that social and economic inequalities—further exacerbated by the pandemic—are reduced. Otherwise, the public support for climate neutrality will be at risk.”

Other areas of focus at the forum include greenhouse gas removal, both via the use of nature-based solutions, and through technological innovations. Tim Kruger, program manager of the Oxford Geoengineering Programme at the University of Oxford, told the audience such solutions shouldn’t be regarded as a “silver bullet” for climate change, but it could be regarded as “silver buckshot,” given the scale of the emissions removal task. Confident that technological solutions will be developed to achieve very large-scale atmospheric carbon removal, Kruger expressed his conviction that humanity should be looking at removing carbon “not in the order of billions of tons, but in the order of trillions of tons. That’s trillion with a ‘T’.”

The Climate Neutrality Forum will convene around a different topic every Wednesday until October 27, 2021, the week prior to COP26. Visit this link for information on how to join the sessions.