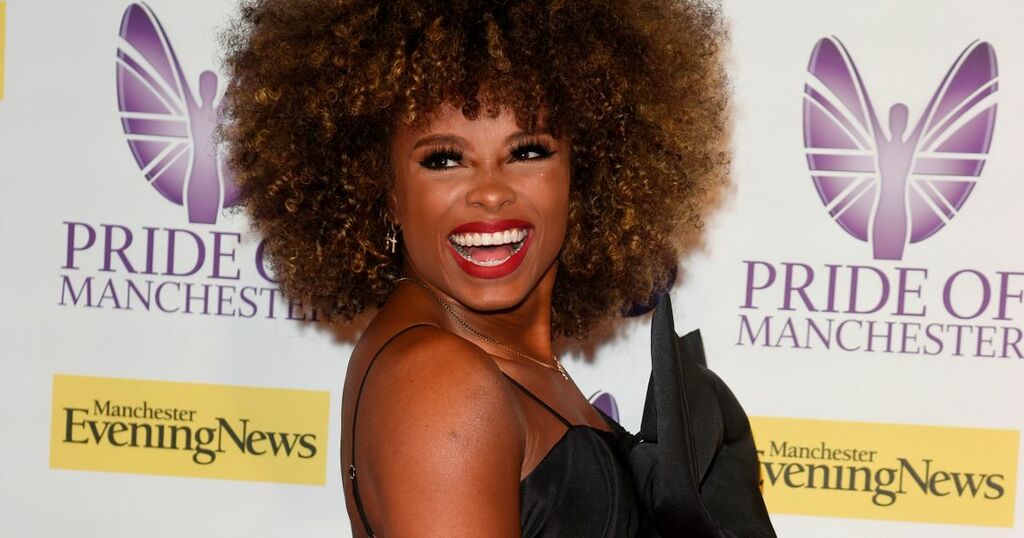 Fleur East has opened up about the shocking tumble she took while on her way to the Pride of Manchester awards on Tuesday night.

The 34-year-old singer and actress was at the event to present PixieBelle Sykes, aged nine, with the Child of Courage Award at the ceremony held at the Kimpton Clocktower Hotel in Manchester.

Arriving at the event in a breathtaking black dress with a dramatic bow over her chest, Fleur drew gasps for the wrong reason when she fell down while getting out of her car.

The star revealed that one of the heels on her shoe snapped while she was walking – sending her slamming into the ground.

Reliving the moment on her Hits Radio breakfast show the morning after the awards, Fleur said: “I’m trying to cover and protect my modesty as I’m getting out of the car.

“I lose my footing, fall to the ground on to my knees, my heel breaks and I hear a collective gasp from the crowd.”

Fortunately, the singer was not inured and was able to source an emergency pair of replacement shoes.

She said: “Miraculously, I got up, I had no cuts, no grazes on my knees. The heel was broken but I still managed to walk on it somehow. It was terrible.

“I ended up wearing these shoes that belonged to the hotel manager of the venue, one size smaller than my own, and now I don’t actually know where my broken heel is.

Before taking to the stage to present the Child of Courage Award, Fleur told the Mirror about her involvement in the upcoming Flackstock festival that is taking place July.

She said: “It's a huge honour [to be performing].

“I was actually asked by Natalie Pinkman, one of [Caroline Flack's] best friend's and she said 'Caroline really loved your music so it would be amazing if you could perform' and I was like 'Of course!

"There is no way I am going to miss out on performing at that event. I'm really excited."

She said: "I've started doing a bit of acting, I'm in a musical film that's coming out this year called 'Tomorrow morning'

"I did a little a guest slot in Ted Lasso - where I played a presenter in their version of Love Island - so I'd love to do more acting" – adding that she'd love to land roles in Sex Education or Bridgerton.