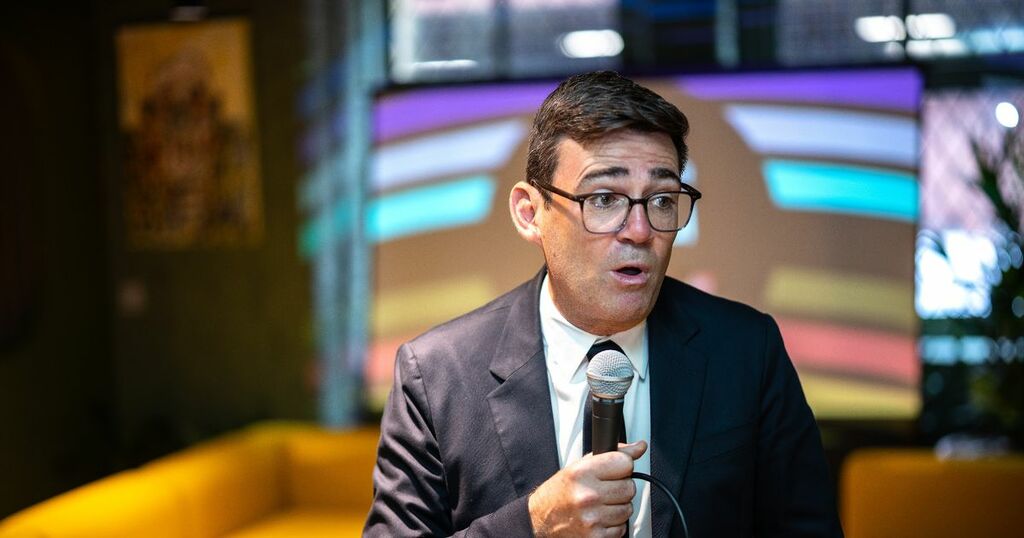 The Prime Minister is expected to set out a wide-ranging healthcare plan later today, including a 1.25 per cent increase in National Insurance contributions.

The move would break the 2019 manifesto pledge made by the Conservatives not to bring in any new taxes.

However, Mr Johnson's allies have said he is faced with no choice due to the 'catastrophic' effect of the pandemic on the NHS.

Mr Johnson is expected to say: "The NHS is the pride of our United Kingdom, but it has been put under enormous strain by the pandemic. We cannot expect it to recover alone.

"We must act now to ensure the health and care system has the long term funding it needs to continue fighting COVID and start tackling the backlogs, and end the injustice of catastrophic costs for social care.”

The social care plan has come under immediate fire because National Insurance is not paid by the retired and disproportionately affects the poor.

The Mayor of Greater Manchester Andy Burnham has blasted the policy and called instead for new funding via wealth taxes and a 10pc levy on all estates.

Appearing on Radio 4's Today programme this morning he said: "I stand by it - I think it's a much fairer way to do it.

"I would have asked all pensioners to make a contribution so 10pc of their estate .

"Actually that 10pc is a better deal than paying up to £80,000 which is what the government might annoucne today.

"For the vast majority of people they would get peace of mind for a much lower cost, it's just frustating to me the way the Westminster system has never had the courage to confront this issue.

"Were in this position because of political cowardice from a generation of politicins on all sides and it really pains me.

"I appreciate the government's trying to do something but I think today were being presented with something that's flawed, unfair policy."

As well as outline measures to support the NHS in its recovery from Covid, Mr Johnson is expected to tell MPs that the challenges faced by the health service and the social care system are closely linked.

No 10 said a lack of integration between the two often sees people "stuck in the wrong care setting, and families worry about meeting the costs of care if they leave NHS provision".

And Downing Street dubbed as "unfair and often catastrophic" the situation where someone who has dementia may have to pay for their care in full, while someone cared for by the NHS would receive care for free.

It said one in seven people now pays more than £100,000 for their care, and said the system can lead to "spiralling costs and the complete liquidation of someone's assets".

Under current arrangements, anyone with assets over £23,350 pays for their care in full, but No 10 said the costs were "catastrophic and often unpredictable".

And Mr Johnson said: "We must act now to ensure the health and care system has the long term funding it needs to continue fighting Covid and start tackling the backlogs, and end the injustice of catastrophic costs for social care.

"My Government will not duck the tough decisions needed to get NHS patients the treatment they need and to fix our broken social care system."

Following a statement in Parliament, the PM - along with Chancellor Rishi Sunak and Health Secretary Sajid Javid - will give a press conference on Tuesday afternoon.

Ahead of the announcement, No 10 remained tight-lipped on the detail.

On Monday, the Prime Minister's official spokesman said: "We are committed to setting out long-term sustainable reform of the sector and that is what we will do, but beyond that, I am not going to be getting into any more speculation."

But Fiona Carragher, director of influencing and research at Alzheimer's Society, said: "We're delighted to see the Prime Minister honouring his promise to bring forward proposals to reform social care. For far too long, people affected by dementia, the majority using social care, have cruelly borne the brunt of a broken system, facing catastrophic costs."

Shadow health secretary Jonathan Ashworth said: "A long-term plan on social care and a rescue plan to address the crisis the NHS has been in for years are both long overdue.

"The Prime Minister must set out how he will bring down waiting lists quickly, support the NHS workforce, fix crumbling hospitals and deliver modern equipment to speed up diagnosis of deadly diseases, and crucially, ensure more people can access the social care they need."

Earlier, a Government minister acknowledged there were no easy solutions but insisted that they had to take advantage of the opportunity offered by Mr Johnson's 2019 general election win.

Armed Forces minister James Heappey told LBC: "This is going to be hard, there will be no consensus, but we have to try, because if you can't do it with a majority of 80, when can you?"

However former minister Jake Berry, leader of the Northern Research Group of Tory MPs, warned against a policy that appeared aimed at elderly voters in affluent southern seats.

Reports have suggested that lifetime contributions on care will be capped at about £80,000 and National Insurance will be increased by 1.25% to raise between £10 billion and £11 billion per year.

"A tax on jobs when you want to promote more and better-paid employment is particularly stupid," he said.