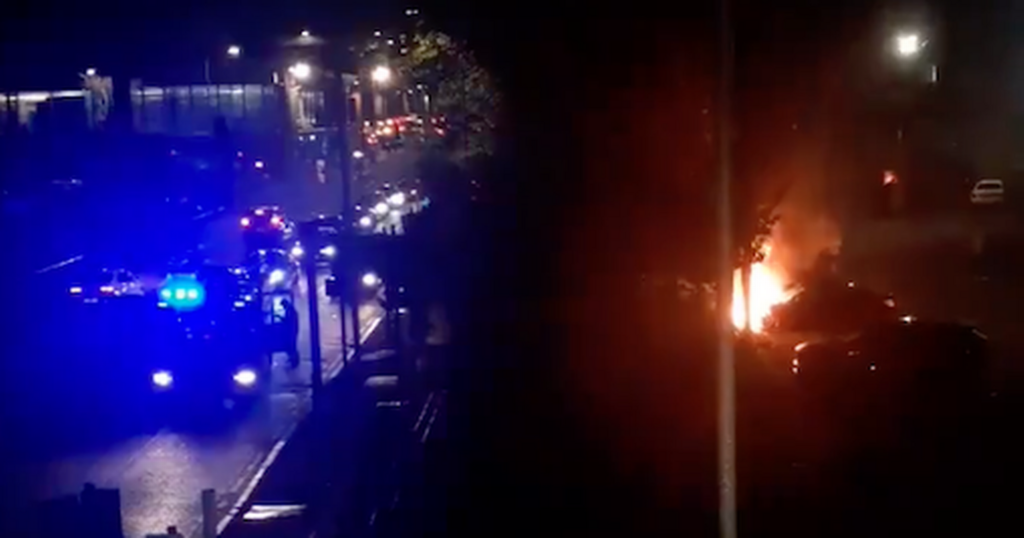 Fire crews were scrambled to a car park near Glasgow Green after reports of a vehicle being engulfed in flames.

The alarm was raised at around 9.30pm on Saturday within a NPC car park on King Street - just minutes away from where the busy TRNSMT festival was taking place.

One fire truck was sent to the scene as powerful flames ripped through the stationary motor.

The car appears to be parked in a line of vehicles.

The Scottish Fire and Rescue Service confirmed they were called but have since left the area after putting out the blaze.

There were no reports of any injuries.

Police were called to the scene but the fire is not being treated as wilful.

A video from the scene shows the crew arriving and quickly beginning to douse the flames which had begun sending plumes of smoke into the air.

A spokesperson for the SFRS said: “We received a call to reports of a car on fire in King Street at around 9.31pm.

“One appliance was mobilised to the scene where they extinguished the flames. We are no longer in attendance.”

The cause of the fire is not currently known.