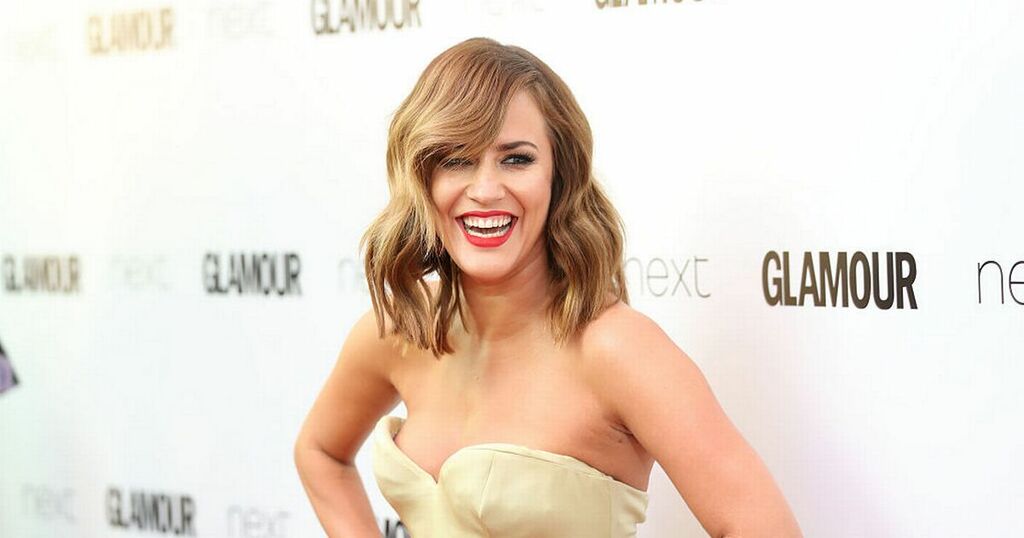 Natalie Pinkham, Leigh Francis, and Dawn O'Porter came up with the festival as a way to give the former host…

The Great Celebrity Bake Off for SU2C and Skins star Joel Dommett is set to appear at a festival dedicated to the life of the late Caroline Flack. Flackstock, which is being held in honour of former Love Island presenter Caroline Flack to raise awareness of mental health, will be taking place this summer, with a variety of celebrities and performers set to take to the stage.

Flackstock will be an intimate day festival to celebrate the life of Caroline with comedy, dance and musical acts this summer, while raising critical funds for charities, say festival organisers. The committee, largely composed of the late presenter's family and friends, has now announced the first acts set to appear.

The Masked Singer winner Natalie Imbruglia, pop sensation Louise Redknapp, and X Factor star Fleur East are the first acts to have been announced for Flackstock, which will take place in the grounds of Engelfield, an Elizabethan house in Berkshire. There will be celebrity appearances throughout the day from South Gloucestershire comedian Joel Dommett, Dermot O'Leary, Paddy McGuinness, Keith Lemon, and Professor Green.

Money raised from Flackstock will go towards four worthy charities that held a 'special place' in Caroline's heart: Choose Love, Mind, Samaritans, and The Charlie Waller Trust. Caroline’s mother Christine says of Flackstock: “My Caroline was never more herself or happier than at a music festival with her sister and her friends.

“Flackstock is the wonderful idea of those who knew her best and the perfect way to remember her singing, dancing and most of all laughing. Not only is Flackstock the most positive way to honour Carrie, but charities that she loved will benefit from the proceeds.

“A big thank you to everyone involved for all their hard work – to Natalie for the mad idea, Giles Cooper Entertainment and Englefield House who saved the day, Live Nation and to all the brilliant sponsors. My family are so proud that so many people who knew Carrie loved her so very much.”

Joel and Caroline were good friends, with the South Gloucestershire comedian claiming that he had spoken to Caroline just weeks before she was found dead at her flat in London at the age of 40, after taking her own life in February 2020. Shortly after her death, Joel posted a heartbreaking tribute to Caroline on Instagram, saying: "It’s so sad. I’m so sad. I always loved hanging out. You made so many people happy. I wish you could see all the love on social media for you now.. I hate that it’s too late. XX"

The day after Caroline's passing, Joel reluctantly took to the stage for Comedy Against Living Miserably, a comedy event in partnership with mental health charity CALM. On the topic of Caroline's death, Joel told the crowd: "It's so f***ing sad man, and I really didn't want to come into work today, but I knew it would be hypocritical of me to not come in to a gig called Comedy Against Living Miserably because I was f***ing miserable.

"I just want to talk about it with you because I didn't want to do a gig about mental health without addressing what I think in our industry is the maddest thing to happen in a f***ing long time. It's so sad."

Flackstock is taking place on July 25.

Let us know your thoughts on this story by logging in and leaving a comment down below.

Natalie Pinkham, Leigh Francis, and Dawn O'Porter came up with the festival as a way to give the former host…