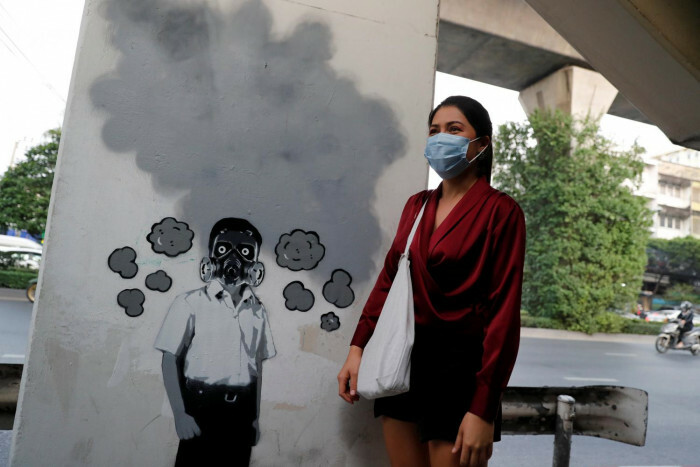 Air pollution is a persistent, deadly problem in Thailand. Time after time we watched as thick white smog rolled through the maze of roads to settle among buildings. We knew something was very wrong. After all, clean air should not be visible.

We have been living with air pollution, PM2.5, and have worn N95 masks years before Covid-19 arrived. Even so, most of us rarely know the multifaceted impacts of air pollution or are clueless about what we must do to solve it.

Indeed, one major source of domestic air pollution is the power sector, particularly electricity generation. Coal power plants are one of the main polluters. In Thailand, there are 27 coal power plants currently in operation emitting approximately 34.9 million tonnes of CO2 as well as large amounts of nitrogen oxide (NOx), sulphur dioxide (SOx), and other pollutants.

The World Bank in 2016 reported that 50,000 Thais died from air-pollution-induced diseases while the effects of air pollution on the national health budget eats 6% of Thailand's annual GDP.

In 2018, the World Health Organization (WHO) said living in an air polluted environment reduced a person's lifespan by two years. WHO also stated 90% of people are exposed to unsafe air which kills some 7 million people a year while harming billions more.

Impacts of air pollution are not equally distributed with the poor and marginalised communities being hardest hit with many poor communities living near polluting industrial areas. Poor people also do not have access to quality health care, nor they can afford mitigation solutions such as buying air purifiers or air conditioning systems.

Considering these impacts, a long-term sustainable solution must be a rapid large-scale transition to renewable, low-carbon, low-pollution energy sources.

An academic study conducted in 2021 by researchers from Joint Global Change Research Institute at Pacific Northwest National Laboratory in the US found that simply cancelling all proposed new coal power plants globally could potentially prevent up to 200,000 deaths by 2030.

However, cancelling new coal plants is not enough; existing fossil fuel plants must be decommissioned to achieve the maximum benefit, and the earlier this happens, the more lives would be saved.

The International Energy Agency (IEA) also forecasts that premature deaths worldwide from air pollution would fall from 2.8 to 1.3 million by 2040 if all countries were using clean energy.

Indeed, some countries in the Southeast Asian region are starting to embrace cleaner energy in a bid to reduce pollution and fix health problems. These countries have made use of existing technologies and strategies such as requiring old power plants to be retrofitted sooner than later, increasing investment in renewable energy, and lowering the maximum allowable emissions limit from power plants.

Southeast Asia's electricity mix is increasingly diversified and renewable sources account for 32% of power generation, over double the current 15%.

In a bid to achieve carbon neutrality, the Ministry of Energy has introduced a National Energy Plan but will it be enough to achieve the vision of safe, clean air?

These pathways include a goal of producing at least 50% of electricity needs from renewable sources, incentives for electric vehicles, grid modernization to support decentralized production, and adjusting regulations to support people producing and consuming their own electricity (a "prosumer" model).

Grid modernization is important because the electricity market must become decentralised and more responsive to accommodate widespread adoption of renewable energy from distributed sources; deregulation meanwhile allows the market to procure services from a wider range of players potentially at lower costs.

However, the deregulation of the energy market might not be enough. To ensure a quick departure from fossil fuels, the regulations, and energy market should also open up to other energy technologies that complement renewable energy, such as energy storage systems and peer-to-peer trading.

The relevant question is what we -- as citizens -- can do to push for this energy transition?

The answer is political participation. The Ministry of Energy publishes its plans on its website and many proposed policies have a public consultation period where citizens can provide input. The new National Energy Plan will be open for public consultation from the current September to October of 2021 on the Energy Policy and Planning Office (EPPO) website.

Evidence from other countries shows that strong, conducive regulation and government investment can dramatically reduce the harmful effects of air pollution, extending the population's lifespan and increasing the quality of life. With increased action from all parties involved, we can work towards a future where the air looks exactly like it should: invisible.

Patree Witoonchart is a researcher at the Thailand Development Research Institute (TDRI). Policy analyses from TDRI appear in the Bangkok Post on alternate Wednesdays. This article is produced as a part of the programme 'Clean, Affordable and Secure Energy for Southeast Asia' (CASE), funded by the German Federal Ministry of the Environment, Nature Conservation and Nuclear Safety (BMU).