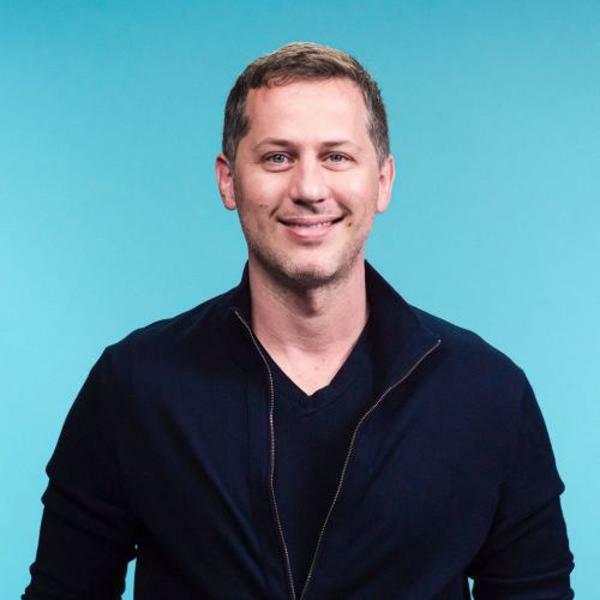 Fivetran is an Oakland, California-based technology company cofounded in 2012 by CEO George Fraser and COO Taylor Brown that innovated a SaaS data integration tool to extract and load data from different sources into data warehouses.

The company automates the process of integrating data from various sources like Netsuite or Salesforce into cloud-based data warehouses like Snowflake, Amazon Redshift, Microsoft Azure and Google BigQuery.

And while the data integration tools market is expected to grow from $11.6 billion in 2021 to $19.6 billion by 2026 according to MarketsandMarkets Research, Fivetran’s Fraser believes the market opportunity is much larger.

Any business that has two sources of data has an integration problem. “Anybody who wants to analyze data in the context of business, you have to go get the data from wherever it lives and put in one place and it's a problem nobody wants to work on, or at least it wasn’t at the time when we started Fivetran,” says Fraser

It was seen as kind of a dog as a space to start a business because the data engineering community thought every integration had to be custom and that you could never really build a highly valuable, repeatable data integration product. “Everybody who made products in this space, there were toolkits that you would assemble into the thing you wanted, and toolkits suck just across all spaces. Toolkits are no good. There's a certain point at which you might as well just hire a bunch of programmers and just write code, which is what most people did to solve data integration problems then and many still do today,” says Fraser.

Fraser and Taylor started Fivetran to solve their own problems they were having in integrating databases. “Me and Taylor Brown had known each other forever. We knew each other growing up and at the time I was a scientist working at a biotech company. I had recently completed my PhD and he was working at a start-up that was doing social media apps. The original idea was to make a vertically integrated tool for connecting to, capturing, analyzing data, like ‘Soup to Nuts.’ We worked at iterations of that for two years. We were in YCombinator at the beginning and we launched the first version, and then we changed it and changed it and changed it. Then eventually discovered that the real unsolved problem in this space was just data integration, getting all your data in one place,” says Fraser.

They didn’t know what they didn’t know at the time and went ahead against all conventional wisdom and built a data integration tool. The pair found success initially with technology start-ups who also didn't know that they were breaking the “rules” of how you're supposed to do data integration. “They were like, this is great. I just plug in Fivetran, all my data appears. The format it appears in is reasonable. It's not necessarily what I would've picked if you had asked me, but sure, this is fine. I can work with this,” says Fraser.

Their first customers were people they knew through the Silicon Valley YCombinator network. Then within weeks, BI tool Looker discovered them and realised that their customers needed a data integration tool in order for Looker to better sell its tool. “So, they started referring us customers, which is a weird thing to be getting referrals when at this point, we were just three people, but it shows how desperate people were for a solution to this problem,” says Fraser.

With Looker as a big-name customer, the business began to take off, keeping to their vision of making Fivetran a “plug and play” data integration tool for any data base, even though they spent years iterating the tool to ensure it worked in every case.

As Fraser tells it, the name FiveTran was chosen as a data geek’s play on words for what comes next after Fortran. But the company’s success is no joke, with over $100 million in annual run rate, according to Fraser. Their employee base is north of 850. Fivetran recently acquired HVR, a leader in enterprise data replication, alongside its latest D Round for $565 million led by Andreesen Horowitz in September 2021. In total, the company has raised $728.1 million in venture funding. Other investors include General Catalyst, Matrix Partners, CEAS Investments and others. According to Bloomberg, the company has a valuation of $5.6 billion.

Fraser was born in New York City, but grew up in Rye, New York. He went to boarding school in New Jersey and then Carnegie Mellon for college, followed by a PhD in neuroscience at the University of Pittsburgh. “I worked on the early years of recording for many neurons simultaneously. And what can we do with that? We can do things like prosthetics. Even though it's very different than what I do today, I don't regret it at all. It was just like an adventure that I went on,” says Fraser.

Fraser became disenchanted with the academic system and decided he didn't want to be a professor. Before he graduated, he moved to California to take a job with a Menlo Park, California-based biotech company and flew back to Pittsburgh for his PhD defense.

Where does his entrepreneurial drive come from? “I did have that idea in my head when I was a kid, I don't know why, but I read books that have entrepreneurs in them and so the idea was there. I did have this split brain where there was a part of me that wanted to be a scientist and do research and there was a part of me that really liked entrepreneurialism to the extent that I understood what that was at the time,” says Fraser.

At one point he remembers wanting to buy a shark and charge admission to kids in the neighbourhood in order to make money. “I tried to convince my dad's friend to invest in it and he loved my initiative, but he decided not to invest in it because my parents told him not to because they didn't want a shark in the house. Because he's an investment banker, years later, I tried to convince him to invest in Fivetran and he didn't do that either and today he goes, "It was a huge mistake. I should have invested in both the shark and Fivetran. It would've been a great portfolio."

As for the future? “It's not a question of if, but when we go public. We have to continue to execute and continue to grow and we have a lot of internal process maturity we need to develop, but that is absolutely on our minds as the leaders of the company and on the board. We think that Fivetran is really meant to be a long-lasting independent company. We like to say that our mission is to make access to data as simple and reliable as electricity and we really believe that,” concludes Fraser.