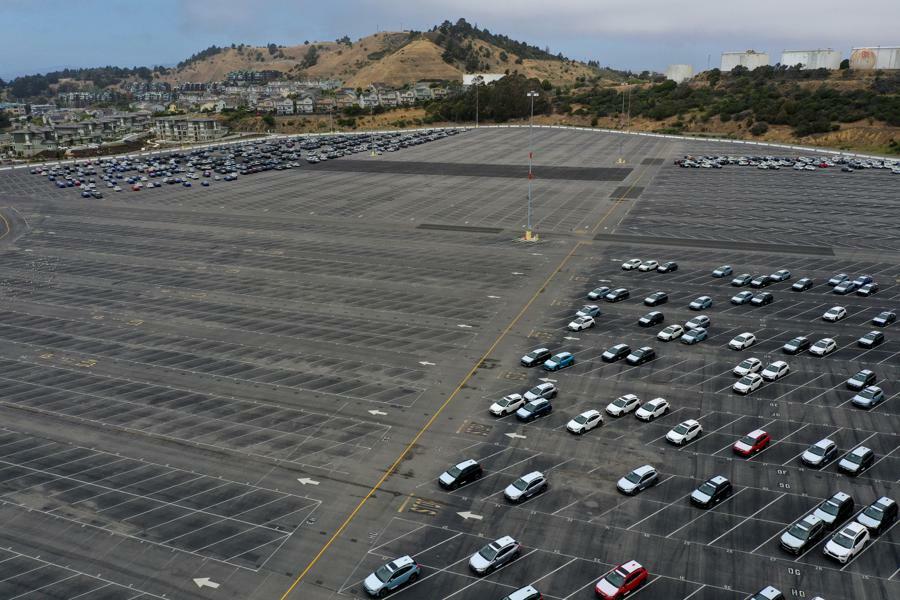 If you or anyone you know has been car-shopping recently, offer them your condolences. There are record low numbers of new and used vehicles on the market right now.

That’s because we’re officially in ‘perfect storm’ territory for new and used car buyers. This is thanks to the combination of low interest rates, consumers flush with stimulus and tax refund monies, pent-up demand from 2020’s Covid-19 uncertainty, and a rental car market that is clamoring for new vehicles while not pumping used models into the market.

But nothing has made the situation worse than the historic chip shortage that’s been hammering the entire new car industry for months (and which is expected to continue into 2022).

Roll these problems together and you have some of the thinnest new and used vehicle inventory in recent memory.

The inventory shortage is particularly acute on the new vehicle side of things. According to data released by CarGurus.com (our parent company), the number of new vehicles available in August 2021 dropped 13.4% from July and they’re down 64% from August 2020.

Thanks largely to the chip shortage, those inventory numbers have been trending downward since December 2020 and are nowhere near pre-pandemic levels. (Prices — as you might imagine — are therefore going up. The average new-car price in August 2021 is nearly 18% higher than it was in August 2020.)

But what does that mean for actual car shoppers? How is all this impacting their behavior? To find out, Autolist.com surveyed more than 1,500 car shoppers in August.

Here’s what we found:

1. You can’t beat truck loyalty. Truck buyers — particularly fullsize truck buyers — are the most loyal car shoppers in the industry. Once an automaker hooks a truck buyer, it’s exceptionally hard to get them to switch to a different brand, let alone a different type of vehicle.

Despite the chip shortage hammering truck production for the key fullsize truck players — General Motors, Ford, and Ram — and forcing plant closures, truck shoppers in Autolist’s survey remained the most loyal out of any vehicle segment in the industry.

Just 24% of truck shoppers in Autolist’s survey said they were looking at a different brand that they would normally consider as a result of the inventory shortages. Truck shoppers in our survey were also among the least likely to consider a different type of vehicle than they originally considered. Just 20% said they would do so, the second-lowest number behind only full-size sedan shoppers.

(At the other end of the loyalty spectrum are shoppers looking for small sedans. 46% of them said they were looking at brands they wouldn’t normally consider as a result of inventory woes.)

2. No one is giving up on safety. Autolist’s survey asked shoppers if and how they were compromising on their next vehicle when they couldn’t find the one they originally were looking for. The least-popular choice? Safety. Just 8% of respondents said they were giving up safety features that they would normally look for in their next vehicle as a result of low inventory at the dealership. That’s reassuring.

3. Brand loyalty is suffering. So what are consumers doing when they can’t find the vehicle they want? Switching brands. That was the most common response when shoppers were asked what they’re changing during their shopping journey (with our aforementioned truck buyers being the obvious exception here). 31% of people said they were switching to a different brand — rather than looking for a larger or smaller vehicle, something in a different body style, or giving up on certain non-safety-related amenities.

On its face, this seems like an obvious reaction. Of course, a shopper looking for a compact crossover from Brand A, for example, would end up with a compact crossover from Brand B rather than a full-size SUV or a minivan. But it could have long-term implications for automakers going forward. Getting people to switch brands is a huge challenge for automakers, inventory woes or not. It could take a decade or more to get today’s buyers into a different brand of vehicle, a horizon that no automaker will be relishing.

4. Younger shoppers are more upbeat. You gotta love youthful optimism. Car shoppers on the younger end of Autolist’s survey audience were the most likely to agree that now was still a good time to get a new or used vehicle by a significant margin. 52% of shoppers ages 18-23 felt this way, as did 53% of shoppers ages 24-28.

Each successive age group was less and less likely to agree (just 23% of people ages 66-75 agreed, for example). Across all age groups, an average of just 42% of shoppers felt this way.

The irony here is that younger shoppers in Autolist’s survey also had the smallest budget for their purchase; each successive age group planned on spending more than their younger cohorts.

This matters because it’s the inventories of cheaper new and used vehicles (anything under $20,000) that have been hit the hardest in the past year, by a wide margin.

So despite these younger buyers favoring cheaper vehicles that are in much shorter supply, they’re still feeling good about buying a car right now.

5. More time online and on the road. With thinner inventory on dealer lots across the country, consumers are making two key behavioral changes to their car shopping.

For one, more people are spending more time online to find the exact model they’re looking for before heading to a physical dealership. 51% of respondents in Autolist’s survey said they were doing this, owing to the fact that people were less able to browse the lot in person and find a vehicle that suits their needs. (Also, the jump in online shopping is also likely affected by the COVID-19 pandemic and particularly concerns about the Delta variant).

Not only are people spending more time online, but they’re also expanding their physical search too. 42% of shoppers said they were looking at dealerships further away than they would normally use as a result of low inventory nearby.

This raises some interesting issues as these consumers own the vehicle they may have purchased further away. Since consumers are also more likely to switch brands as a result of inventory woes, it’s now more likely that they buy a brand that may not have a store and service center nearby, meaning a more tedious ownership experience through the lifespan of that vehicle.