Bolton Wanderers have said goodbye to eight players and already brought in a new one already following the conclusion of the regular League One season.

Jack Iredale meanwhile became the club's first new signing of the summer recently. He has signed a three-year deal at Wanderers and completed a free transfer after turning down fresh terms at previous club Cambridge United.

Wanderers are seeking to mount a promotion charge in earnest next season and challenge at the summit of League One. With that in mind, here we take a look at five key questions for the summer transfer window at Wanderers.

Ian Evatt made no secret during the second half of the campaign that he wanted to bring the two players signed on loan in January back to the club next season. Wing-back Marlon Fossey arrived from Fulham while James Trafford joined from Manchester City.

The duo proved to be a hit during the second half of the campaign. Fossey played 16 times and scored once before a torn meniscus injury concluded his loan spell earlier than intended and brought about a premature end to his season.

Trafford meanwhile became Bolton's number one goalkeeper in the the second half of the campaign in place of Joel Dixon. He played 22 times for the club and kept clean sheets in his first four games, setting a record in the process.

Both players have contracts at their parent clubs until the summer of 2023, so deals would either have to be loans or possibly even permanent transfers. Getting both back at the University of Bolton Stadium would be a huge boost for Wanderers ahead of the new campaign.

Getting new deal for Santos sorted

One of the priorities for Wanderers is getting influential skipper Ricardo Santos tied down to a fresh contract at the club. The defenders' present deal runs until the summer of 2023 and has 12 months to go before he would be a free agent.

Clubs from the Championship have watched Santos with interest and it is easy to see why. The defender has a blend of qualities which is rare to find, combining physicality and defensive nous with pace, the ability to come out of defence with the ball and has a range of passing.

Now that the season is over, talks over an extended deal at the club can take place between Evatt, Santos and his representatives. Both parties are happy with one another and it is hoped a positive outcome can be reached.

Tying Santos down to a longer contract would help ward off any interest from other clubs and increase any fee that Wanderers could demand should teams come with genuine offers.

Keep hold of Afolayan and Santos

Evatt expects to be tested when it comes to keeping hold of his prized assets this summer. Santos falls into that bracket without question, as does top scorer Dapo Afolayan.

The former West Ham United loanee scored 14 goals in his first full season in men's professional football. He was crowned Wanderers' player of the year at the club's end of season awards evening.

Like with Santos, both player and club are happy with one another and Afolayan believes he can reach the Championship and beyond with Wanderers. He has two years remaining on the deal he signed last summer.

Wanderers have made it clear they do not have to sell players this summer and do not need the money given the sound and healthy financial footing they have under chairman Sharon Brittan and Football Ventures. Ending the transfer window with both Santos and Afolayan would be a big boost for the upcoming campaign.

Where will money be spent and how many more incomings?

Wanderers spending money on transfer fees seemed like a distant memory until the start of 2022. Dion Charles became the first player the Whites spent money to purchase since 2018 with the acquisition of Josh Magennis.

He was not the only one to command a transfer fee in January. Funds were parted with to bring in Aaron Morley from Rochdale, Kieran Sadlier from Rotherham United, and Kyle Dempsey from Gillingham.

Wanderers have proved that, where deemed to be a wise investment, they will spend money to bring in a player they feel will add real value and quality to the squad. But Evatt has made it crystal clear that he does not want Wanderers to be the highest spending club in the division and that is not the side he wants the Whites to be.

A smarter, more considered and startegic approach has been taken and the January outlay is clear evidence of that and it has paid off. Wanderers have proved they can and will spend money where deemed necessary and worthwhile and it will be interesting to see where that approach takes them this summer.

There is also the B team to be taken into consideration and the recruitment process is under way for that too with trial games taking place. It is poised to be a busy summer behind the scenes.

Eight players were released in the recent retained list. Baptiste, Gordon, Tutte and Delfouneso are among those who will depart this summer.

More incomings are poised to follow Iredale through the door this summer to add further strength in depth to the squad Evatt is crafting at the University of Bolton Stadium.

As the transfer window progresses and more players come in, there should be more of an idea of what Evatt has at his disposal in each area of the squad. With that, it could mean some could see their opportunites for first team football reduce as the competition intensifies.

A move away, either temporarily on loan or permanently, could appeal and it will interesting to see how this situation develops in the weeks and months to come. 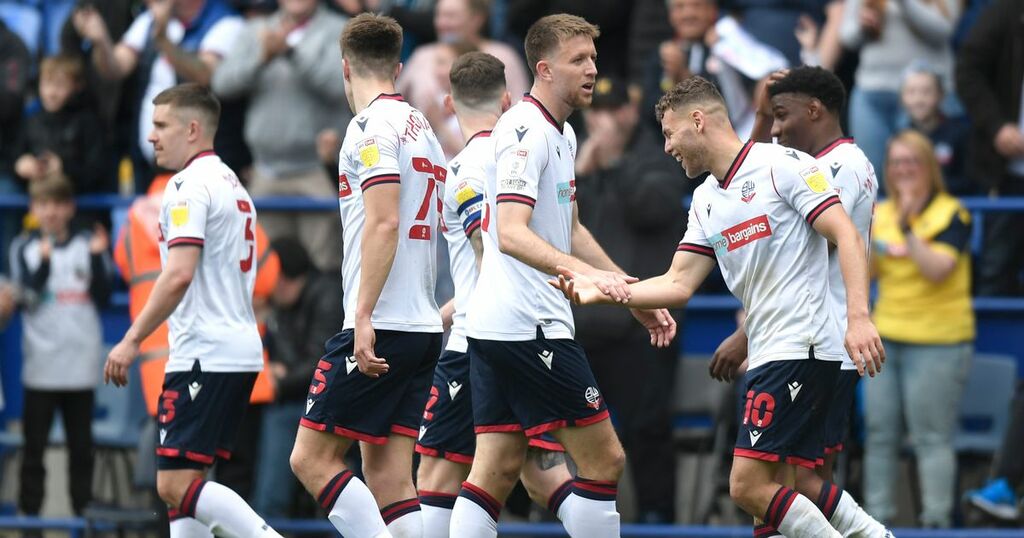