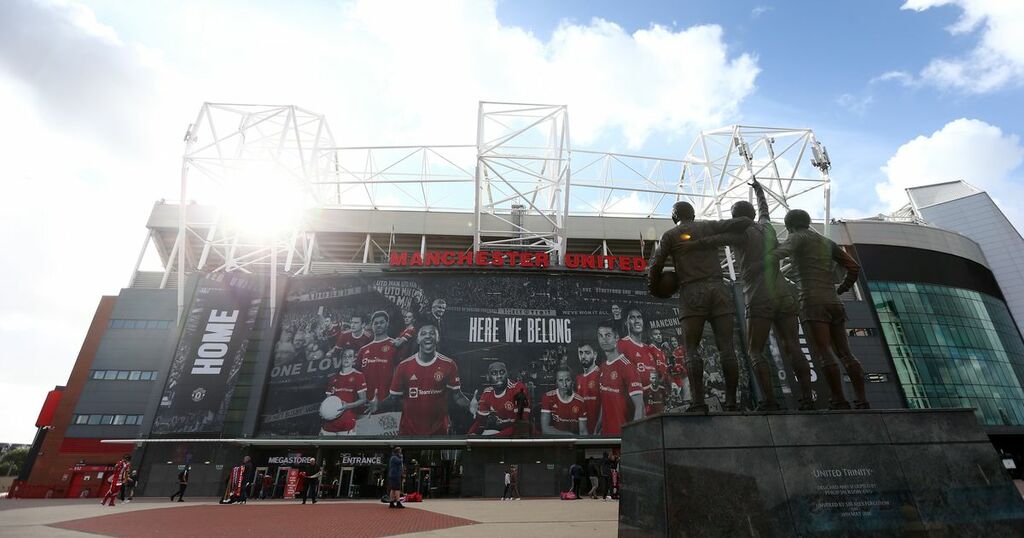 Not every transfer works out and Manchester United have had their fair share of signings which never panned out well for a number of reasons.

Sometimes the move comes too early in a player's career, while others struggle to deal with the pressure that comes with playing for a club the size of United.

However, there are always a few who fans wish the club kept hold of due to what they showed prior to signing or what they go on to achieve once they leave.

Here are five players who deserved a second chance at Old Trafford.

Now at Barcelona, Memphis Depay is showing why he was so highly sought after in 2014 when United signed him for £25million from PSV.

Depay hit the ground running and formed a formidable partnership with another summer signing in Luke Shaw down the left hand side.

Arguments can be made that Shaw's horrific leg injury in September 2014 impacted Depay greatly.

Although he only scored two league goals in a season-and-a-half for United, he notched an impressive 63 league goals for Lyon over four seasons.

Moving to Barca in 2021, he already has three goals in seven La Liga games.

United have spent hundreds of millions on winger/striker hybrids, especially right-footers who excel cutting in off the left, since his departure and a bit more patience could have saved them a lot of trouble and money.

United don’t have the best track record signing players from Borussia Dortmund and it can be traced back to Shinji Kawaga.

In the Bundesliga, Kagawa was sensational. Scoring 41 goals and providing 37 assists in 148 games which helped guide Jurgen Klopp’s side to back to back league titles before moving to the Premier League in 2013.

Klopp famously said the pair cried in each other's arms when he left and went on to say that it broke his heart to see Kagawa play as a left winger for United.

Though he won the league in his first season at United, Kagawa failed to rediscover his German form and often was shifted around the team to accommodate Wayne Rooney and Robin van Persie.

"Central midfield is Shinji’s best role," Klopp said in 2013. "He’s an offensive midfielder with one of the best noses for goal I ever saw."

With Van Persie and Rooney at the tail-end of their careers and United looking for a creative playmaker post Sir Alex Ferguson, Kagawa had all the skills and traits to mould the team around him had he been handed the keys to United's creative engine.

Kagawa's career petered off after his stint in the Premier League -it didn't quite work out back at Dortmund - it was his first spell in Germany which wowed football the most.

A controversial choice given how at the time, United had the best defensive centre-back pairing in world football in Rio Ferdinand and Nemanja Vidic.

But Gerard Pique was a promising talent when signed from Barcelona’s La Masia academy in 2004 and when he re-joined the club in 2008, not only did he begin to show his talent but lined up against United in the Champions League final.

Yes, there's a valid case that he was never going to break up the Ferdinand-Vidic partnership.

But selling him at 21 always seemed premature, especially as he showed glimpses of what was to come, especially an away Champions League game against Roma in which he scored the opening goal of the game.

Eight La Liga titles, three Champions League wins and a World Cup and European Championship winner, Pique went on to win it all for both club and country.

Add multiple UEFA Team of the Year selections, FIFA FIFPRO World 11 placings and a host of other individual accolades, the centre-back had a stellar career in Spain.

Still only 34, Pique is only now coming out of his peak years but how good would it have been to see him help United to even more European trophies?

The first signing in the post Sir Alex Ferguson era, Wilfried Zaha at 20 was seen as the perfect present to new manager David Moyes but it never worked out.

Zaha was sold back to Crystal Palace without ever making a start in the Premier League for United and has gone on to dazzle week in, week out, for the Eagles.

With United crying out for a replacement for Ryan Giggs, Zaha was never given a chance at Old Trafford to show what made him such a hot prospect before he made the move to Manchester and, although he was linked back to the club numerous times since 2015, a return never materialised.

He may not have the individual accolades like others on this list but you only have to watch the way in which Zaha changes games single-handedly for Palace to know he had all the skill in the world to be a real difference maker for United.

At 28, there's still a chance he ends up putting on a United shirt once again but with the recent arrival of Jadon Sancho, as well as the attacking talents United have in Marcus Rashford and Mason Greenwood, the chances are next to none Zaha returns to Old Trafford.

It started so well for Angel di Maria.

Being handed the prestigious number seven shirt, the winger scored three goals in his first five games including a wonderful lob against Leicester City.

That goal was pretty much the sole highlight of his one season at Old Trafford.

United sold him to French side Paris-Saint Germain after 12 months due to Di Maria not settling in England and he has gone on to show the form which saw United spend £59.7million on him in the first place.

However, Di Maria’s recent comments about his time in Manchester under Van Gaal angered fans.

"I didn't give a f**k about the Manchester United No. 7," Di Maria told TyC Sports. "At first they talked to me a lot about it, it was just a shirt.

"My problem at Manchester was the coach. Van Gaal was the worst of my career. I would score, assist, and the next day he would show me my misplaced passes. He displaced me from one day to the other, he didn't like players being more than him."

Do you agree with this list? Which United players do you wish got a second chance at the club? Let us know in the comments below or @ManUtdMEN