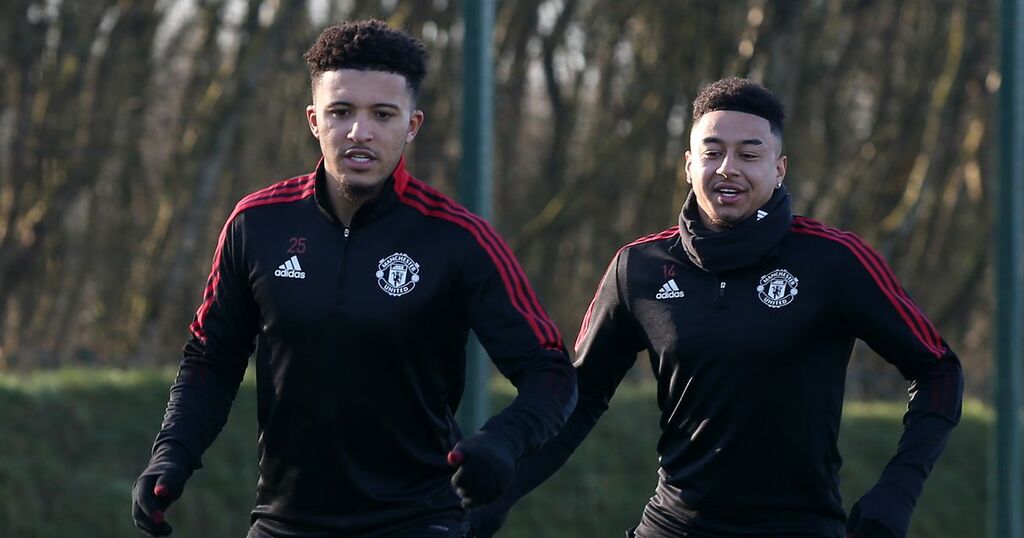 Manchester United’s players have been hard at work at Carrington as they prepare for their return to action in the Premier League against Aston Villa.

Having knocked Steven Gerrard’s side out of the FA Cup on Monday, United will be aiming to get their top-four ambitions back on track as they head to Villa Park on Saturday.

Ralf Rangnick’s men will need to bounce back from their defeat to Wolves last time out – Rangnick’s first in charge of the club – and produce a performance to dispel some of the suggestions of unrest among the squad.

Here’s a look at the five things we spotted from the latest round of pictures coming from Carrington.

The spotlight is very rarely away from the Portuguese superstar, although there wasn’t much sign of him in this week’s pictures at Carrington.

Rest assured though United fans, Ronaldo was there, suggesting he will be in line to return on Saturday after missing the cup tie on Monday.

Ronaldo earlier this week backed Rangnick and also made clear he would not settle for fourth place.

Jadon Sancho, Phil Jones and Harry Maguire all missed Monday’s win over Villa through injury, with Maguire sitting out his second successive game.

Jones’ absence, in particular, would have been a bitter blow for the defender after he made a surprise return to the side against Wolves.

The good news is though, all three were in action in training, so could feature on Saturday.

While speculation continues over his future, Anthony Martial has remained in training with his United team-mates at Carrington.

The striker has made clear his desire to leave the club, although as yet a move has failed to materialise in the transfer window.

Despite his intentions, he was all smiles as he continued to work with his current team-mates – although he made sure he was well wrapped up from the weather.

It proved to be a good day for United’s Brazilian duo on Thursday as Fred and Alex Telles earned calls-up for their national side’s upcoming World Cup qualifiers.

And it’s a long-awaited recall for the latter, with Telles looking to make his first international appearance since 2020.

The pair posed for a picture together at Carrington and will fly out to South America at the end of the month.

Much has been made of Donny van de Beek’s future at United, with the Dutchman continuing to struggle to force his way into the side.

He will have been given a boost this week though after earning some praise from Ralf Rangnick, having come off the bench against Villa on Monday.

With Scott McTominay suspended this weekend, it could well be Van de Beek’s chance to shine and finally work towards a regular starting slot.