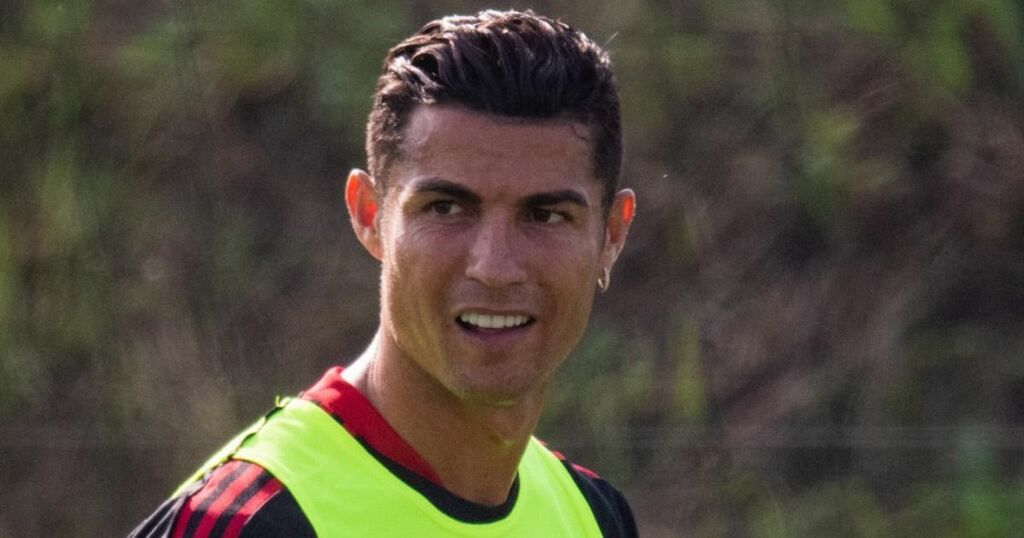 Cristiano Ronaldo's second stint at Manchester United is underway after the Portuguese superstar returned to the club's Carrington base on Tuesday.

Ronaldo, 36, took part in his first training session with the Red Devils since departing in 2009, having re-joined the club from Juventus in a £20million transfer this summer.

The veteran forward arrives back in Manchester full of confidence after netting two goals in a World Cup qualifier victory over Republic of Ireland last week.

Ronaldo spent time talking with old friends and his new teammates as he looked to prove to Ole Gunnar Solskjaer he is ready to start against Newcastle United on Saturday.

Here are five things we noticed in Tuesday's training session.

1. Back with the ball at his feet

Cristiano Ronaldo spent five days in quarantine after returning from international duty last Thursday, so he will have been relieved to be back out on the training pitch.

The Portugal captain was allowed to travel to the United Kingdom after his yellow card in the dramatic victory over Republic of Ireland saw him suspended from Tuesday's World Cup qualifier with Azerbaijan.

Ronaldo scored two late goals in the win over ROI - and looked as sharp and determined as ever in his first training session since his return to Manchester United.

2. The student has become the master

Cristiano Ronaldo spent six years honing his trade under Sir Alex Ferguson after arriving at Manchester United from Sporting Lisbon as a teenager in 2003.

The young winger was nurtured by senior forwards in the squad and former teammate Ole Gunnar Solskjaer would later coach him as a member of Ferguson's staff.

Now embarking on his second spell with the Red Devils, Ronaldo will be looked up to by the latest crop of emerging talent, and was seen working with 17-year-old striker Joe Hugill, as well as 18-year-old prospect Hannibal Mejbri.

3. Catching up with familiar faces...

Cristiano Ronaldo was seen chatting with Mike Phelan during the training session - a figure he knows well from his first stint at Manchester United.

Phelan served as Sir Alex Ferguson's right-hand man for many years and worked alongside Ronaldo for the 2008/09 season, during which the Red Devils won the Premier League.

Ronaldo was also seen with his former teammate Darren Fletcher, who serves as United's technical director.

As well as talking to the Manchester United coaches he already knows, Cristiano Ronaldo made an effort with his new teammates and was seen laughing with midfielder Fred, who speaks his native Portuguese.

Diogo Dalot watched on and could hardly contain his happiness at playing alongside his national team colleague at club level, while Ronaldo appeared equally delighted throughout the training session.

Will Cristiano Ronaldo start against Newcastle United on Saturday?

Every Manchester United - and Premier League - fan is pondering the same question, but only Ole Gunnar Solskjaer knows the answer.

The Portugal captain is not short of form or fitness and he will be raring to make his emotional return to Old Trafford.

Solskjaer must decide if Ronaldo can adapt to the expectations required of him in just a handful of training sessions.

If he can, then he could line up against the Magpies - but it is a long season, and Solskjaer may instead opt to bring the 36-year-old off the bench to a stunning reception.