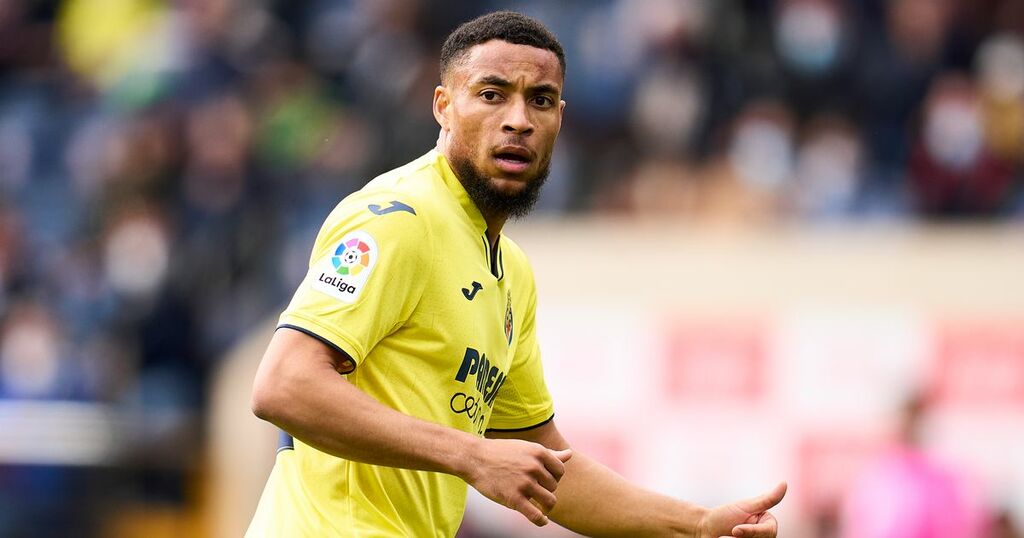 Newcastle United have been hailed as the richest club in the world, but Eddie Howe claims they are facing restrictions…

Arsenal have been linked with a move for Lyon midfielder Lucas Paqueta, and Newcastle United boss Eddie Howe has had…

The former Barcelona boss has led City to the verge of another Premier League title.

Newcastle United's upcoming transfer window should be the most exciting in the club’s history as it represents the first summer in which they can spend as the richest club in the world - but Eddie Howe has warned that business may not quite live up to expectations.

The Magpies manager has stated that Financial Fair Play (FFP) rules will impact how much his side will be able to spend ahead of next season, and as reported by the Daily Mail, a transfer budget of between £60-80million plus player sales is likely to be implemented.

With this in mind, Mirror Football takes a look at five realistic summer transfers that the north east club could complete under their new restrictions.

Villarreal winger Arnaut Danjuma made a name for himself in the two season’s he spent with Bournemouth, in particular during the 2020-21 campaign in which he scored 17 goals in 37 appearances as the Cherries reached the Championship play-off semi-finals.

He secured a £21.5m move to Europa League champions Villarreal last summer, and following a further 16 goals so far this season, has attracted plenty more attention from top clubs in Europe, including the Magpies, who have an advantage through Howe, according to Radio Castellon.

The 44-year-old signed Danjuma whilst in charge of Bournemouth, and now wants to bring him to St. James’ Park. The Dutchman looks set to leave with Villarreal failing to qualify for any European competition next season, and with a release clause of £64m, Newcastle could be tempted to pounce.

How much money do you think Newcastle will spend this summer? Let us know your thoughts in the comments section below.

Dominic Calvert-Lewin is another name who has often been mentioned in the same breath as Newcastle and according to the Telegraph, the Magpies are preparing to bid for the Everton forward ahead of a potential summer move as they look to bolster their striking options.

The Toffees forward has struggled for form and game time this season, which has been largely impacted by numerous injuries, but should Everton go down this season, it would be almost certain that he would leave. However, even if they stay up, it seems as though the Magpies are ready to go all out.

Calvert-Lewin is valued in the region of £60m, but following just three goals this season, that price tag could potentially drop. Chris Wood was signed for £25m in January, but has found the net twice in 16 appearances, while Callum Wilson has been out through injury for the whole of 2022.

Following a successful loan period since joining Aston Villa in January, Philippe Coutinho has begun to attract plenty of interest from elsewhere as Barcelona look to clear him off their books this summer. However, Steven Gerrard remains keen on keeping him at Villa Park beyond this season.

The Midlands club have a buy option of €40m (£34.2m) for the Brazilian this summer, but the Magpies have kept in touch with Barcelona’s board over a potential move for Coutinho, as per Goal Brazil, and are looking to steal him from under Villa’s nose.

Although Newcastle probably won’t get Villa’s cut price deal for Coutinho, they can hope that they won’t have to pay too much more than their Premier League rivals. £50m could well be a maximum, and for a player of his quality, it is still a bargain and very much within the north east club’s price range.

Tottenham Hotspur defender Cameron Carter-Vickers looks set to leave the club this summer having made just five appearances in six years at the club and spending the majority of that time out on loan for a number of sides, including Celtic for the current campaign.

Due to his impressive form up north this season, in which he has already played 48 games, the Scottish champions are now keen on securing a permanent move for the centre-back, but so are a number of other clubs - including Newcastle.

Howe is keen to add another defender to his ranks this summer and with a price tag of £6-10m, he is more than affordable and would be excellent value for money. However, the Magpies will only move for him if Celtic fail to sign him on a permanent basis.

Leeds United midfielder Kalvin Phillips has also been linked with the Toon in the close season and would be expected to leave the Yorkshire club this summer should they suffer relegation to the Championship by the end of the campaign.

The Daily Mail have claimed that he, Raphinha and Patrick Bamford could all be on the market for as little as £30m each, which is sure to attract plenty of other potential suitors, and so the Magpies must move fast if they are to secure his signature.

Phillips impressed for England at Euro 2020 last summer and despite a number of injuries this season, is still one of the most highly-rated players in his position. With Newcastle expected to offload a number of players this summer, they could look to put some of those player-sale funds into signing the midfielder.

Newcastle United have been hailed as the richest club in the world, but Eddie Howe claims they are facing restrictions…

Arsenal have been linked with a move for Lyon midfielder Lucas Paqueta, and Newcastle United boss Eddie Howe has had…

The former Barcelona boss has led City to the verge of another Premier League title.