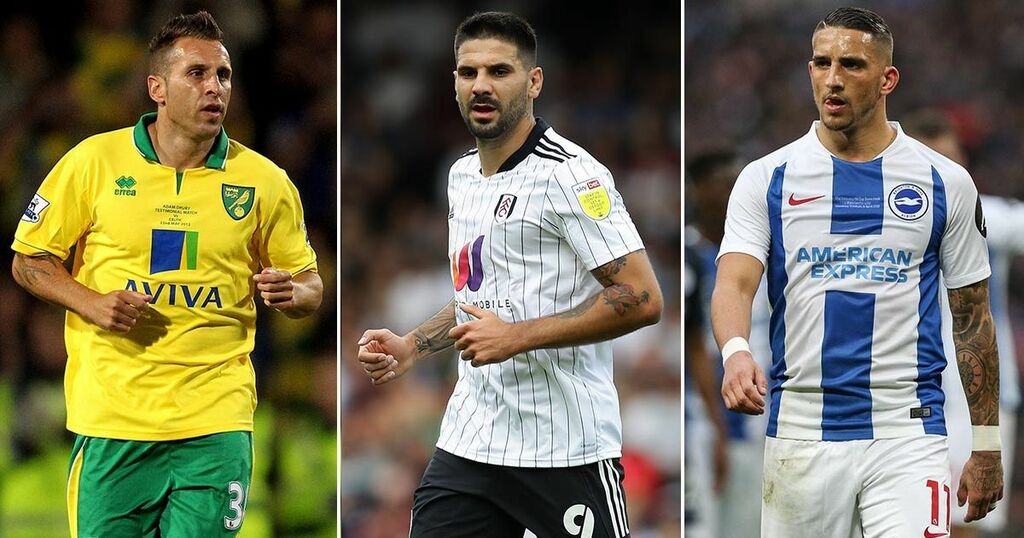 Norwich City and Fulham are two clubs who appear to be in a constant state of flux.

The last three seasons have seen the Canaries promoted from the Championship, relegated from the Premier League and then promoted again.

Their poor start to this season indicates that trend could well continue into a fourth season.

As for Fulham, they are on course for a fifth consecutive change of division after promotions in 2018 and 2020 and top flight demotions in 2019 and 2021.

But it's not just clubs that are unable to find their perfect level. There's been plenty of players down the years that have lit up the second tier but then gone missing when it comes to the Premier League.

Here, Mirror Sport looks at five players, past and present, who have been caught in that weird position.

Winger Huckerby flitted between the first and second divisions during his playing days, often lighting up the latter but failing to turn up in the former.

Admittedly his four seasons at Coventry in the mid to late-1990s did see him clock up regular appearances in the Premier League and his 14-goal campaign in 1997-98 deserves worthy mention as it was nearly a third of City's goals that term.

But spells at Leeds and then Man City saw him hardly feature in the top flight. He dropped back down to the second tier with City in 2001-02 and suddenly he was a different player. He bagged 20 goals as the Citizens won the title.

But upon their return Huckerby flopped and scored once in 16 games. He was loaned out to Nottingham Forest and scored just five in nine games in Division One before earning a move to divisional rivals Norwich.

There he would hit another 14 as the Canaries earned promotion to the top flight. But in a struggling side Huckerby couldn't make a big impact and the club were relegated straight away. He went on to play three more seasons in the newly-named Championship - perhaps his perfect level.

You only have to look at Mitrovic's incredible goal record in the second tier to see how lethal he can be.

This season he has already notched 10 goals in just 11 appearances for Fulham, including a hat-trick against Swansea City.

That took his tally in the Championship to a remarkable 52 goals in 93 appearances in the second tier.

He scored 12 times in the second half of the season for Fulham in 2017/18 after arriving on loan from Newcastle. That was enough to help them get promoted.

He then notched an impressive 11 in the Premier League in 2018/19 but it didn't help the Cottagers preserve their top flight status.

The next season back in the second tier the Serbian was once again in lethal form, scoring 26 times as Scott Parker's side sealed an immediate return.

But once again they could not stay at the top table, with the club relegated straight back. Mitrovic notched just three times all season in the top flight.

Perhaps predictably his goalscoring was back to normal levels this term and he is well on course for another 20-goal campaign in what is becoming a regular and predictable occurrence.

Gayle's last three seasons in the Championship have seen him score a total of 59 goals.

He plundered 23 for West Brom in 2018-19 when they fell at the play-offs hurdle. His previous season at that level was at Newcastle (his current club) when another 23 helped Rafa Benitez's side to the second tier title in 2016-17.

And prior to that in 2012-13, Gayle notched an impressive 13 in just 29 games for Peterborough in his first season there.

Inbetween those prolific knocks, Gayle has been up to the Premier League with both Crystal Palace and Newcastle.

But seven goals has been his season-best tally in six full seasons at that level and he has struggled to impose himself on games, perhaps indicating he may be better served back down in the Championship.

Another winger who generally rips up the Championship but then flatters to deceive when it comes to the top flight.

Knockaert arrived at Leicester in 2012 as an unknown quantity, coming from French football.

Despite setting the second tier alight on his day, when it came to the top tier Knockaert suddenly came undone.

He impressed in one campaign for Brighton but only made nine appearances for Leicester, leaving before their famous title win campaign in 2015-16.

He spent last season back in the Championship, on loan at Nottingham Forest, but is now back at Fulham although has yet to appear in the league this term.

Nugent remains the top-scorer in Championship history. His 121 goals in the second tier is in danger of being overtaken this season by the likes of Sheffield United's Billy Sharp or Huddersfield's Jordan Rhodes.

Both men are within touching distance of Nugent's record.

But for now his tally proudly stands atop the charts.

He was a lethal striker for Preston North End and Leicester, once hitting 20 in a season for the Foxes.

But his pedigree could not be replicated when it came to the Premier League. He played in the top flight for Portsmouth, Burnley, Leicester and Middlesbrough and scored a total of just 14 goals in 97 games.