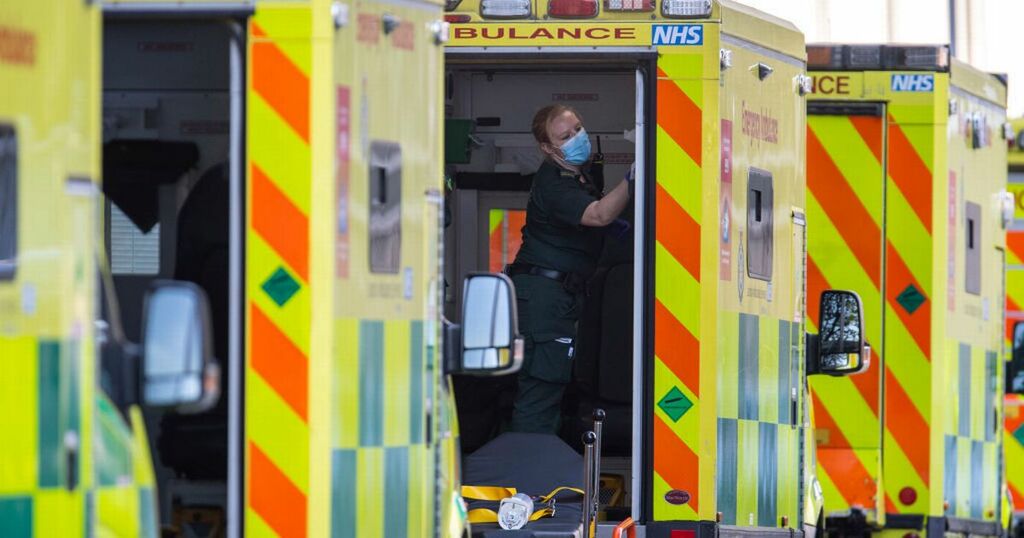 Five measures should come into force to slow the spread of the Omicron Covid-19 variant, the Independent Scientific Advisory Group for Emergencies (SAGE) group has urged.

In a briefing today, Independent Sage they should be brought in to last at least until the end of February.

These measures include working from home where possible, providing CO2 monitors and ensuring adequate ventilation in all classrooms, revising the list of symptoms of Covid-19 to reflect those associated with Omicron, requiring people to wear high-quality masks (FFP2 minimum) in indoor public spaces and providing them for free, and to provide adequate sick pay for those unwell with Covid.

The group of about 30 scientists work together to provide independent scientific advice on the Covid-19 pandemic.

Their recommendations comes as England has reported more than three million Covid cases since December 1 - with more than one million logged just last week alone.

The independent scientists are warning that these alarming figures are "almost certainly an underestimate" and if measures were brought in last month it could have helped avert the current NHS crisis.

Furthermore, ONS data published this week has revealed that an estimated 1.3million people in the UK - or two per cent of the population - are experiencing long Covid as of December 6.

Other worrying figures have also found that hospitalisations in children under 5 have trebled since the start of December.

Today's announcement from Sage comes as Boris Johnson also confirmed that no further lockdown restrictions would be introduced, but Plan B measures would remain in place for a further three weeks.

1) Working from home where possible until the end of February

Those in England who can work from home are recommended to, according to current Plan B measures that came into force on December 13.

Plan B measures are still in place and will next be reviewed on January 26.

Mr Johnson told MPs on Wednesday: "In response to the latest data the cabinet agreed this morning that we should stick with Plan B for another three weeks with a further review before the regulations expire on 26 January."

This means it could possibly be scrapped by the end of the month if they are not extended again.

This week it was reported that schools are "teetering on the edge" as more than a third of heads reported staff absence levels of over 10 per cent due to Covid on the first day of term.

A snap survey by the NAHT union found the majority (95 per cent) had pupils absent due to Covid, while nearly a third (29 per cent) reported over 10 per cent of children were out of class because of the virus.

In a bid to help stop the spread of Covid-19 in schools, the Department of Education announced plans to deliver 350,00 CO2 monitors to "all state schools".

A poll by the NASUWT teachers union this week found (56 per cent) of the nearly 2,000 teachers who responded said they do not have access to a CO2 monitor in their classroom.

From January 4, the government has said face coverings are recommended in schools with pupils in year 7 and above.

It goes on to say they should be worn in most classrooms, and by pupils, students, staff and adult visitors when moving around buildings.

The NHS website still lists the main symptoms of Covid as a fever, a new cough and the loss of taste or smell.

The symptoms that have been associated with the Omicron variant have differed with many reporting a runny nose, headache, fatigue, sneezing and a sore throat.

Professor Tim Spector, the scientist behind symptom tracker app Zoe, described the symptoms of Omicron as being more similar to that of a common cold.

This means it's much easier to miss if you're infected with Omicron, with Prof. Spector warning anyone with cold-like symptoms to take a Covid test to make sure.

New rules brought into force last month required anyone aged 18 or over to wear a face mask to enter a wide range of indoor venues including public transport.

FFP2 masks are considered to be highly-effective face coverings.

Many countries in Europe, including Austria, require these specific masks to be worn in public spaces.

Independent Sage is recommending the UK government follows suit and requires this specific grade of mask for indoor public spaces as well as providing them for free to households.

5) Adequate sick pay for those unwell with Covid-19

From December, 10 sick pay rules wee being temporarily relaxed to help free up GPs for the booster rollout, meaning workers won’t need to see their doctor if they are unwell over the Christmas period.

Under previous rules, workers who are unwell need to show their employer a GP-signed sick note after seven days to receive statutory sick pay or benefit payments.

However, this was relaxed to 28 days – meaning you won’t need proof until almost a month after you fall ill.

Anyone in work who goes off sick won't be asked for one until after 28 days of sickness, which includes non-working days.

However, this rule is currently in place until January 27, 2022. After that, the rules will return to the normal seven day period.