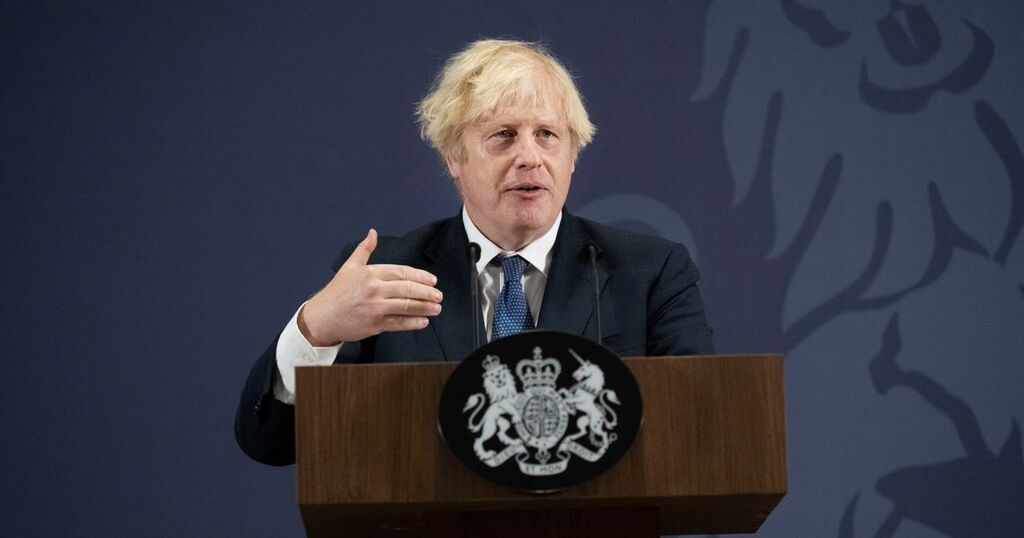 Boris Johnson has today announced his ‘winter plan’ for dealing with Coronavirus in the coming months.

The PM appeared before the press at Downing Street alongside Medical Officers Professor Chris Whitty and Sir Patrick Vallance to lay out the framework for how he expects the UK to live with covid over the winter.

Here are the 5 key things you need to know following today’s press conference.

Following days of uncertainty, it was today confirmed that vaccine passports, which would have seen people visiting nightclubs or attending major events having to show proof of double vaccine status or covid immunity to be allowed in, have been scrapped for the time being.

The plans had been seen as controversial by many, with Health Secretary Sajid Javid telling the BBC on Sunday that he “never liked the idea of saying to people you must show your papers to do what is just an everyday activity.”

Today it was confirmed that the passports would not be brought in from the start of October, however, the PM refused to rule out their eventual use completely.

Mr Johnson said: “It is just not sensible to completely rule out this option now. We must face the fact they may be the difference in businesses staying open at full capacity, or not."

The PM also stated that over 200 different events have already asked for people to prove they have received both jabs or are currently testing negative for Covid, since July 19.

As with the potential for the future use of Covid passports, the PM also laid out his ‘Plan B’ restrictions that may be put into place, should the NHS begin to become overwhelmed once again this winter.

‘Plan A’ is to continue with the vaccine rollout, including booster jabs, and continue to encourage people to use face masks and get tested regularly.

However, should these measures not be enough, ‘Plan B’ may be introduced, in a scheme that appears to mirror the ‘tier restrictions’ system from last winter.

The plans include a potential return to working from home, the reintroduction of face masks in places such as shops and restaurants, and the introduction of vaccine passports.

The PM said that he “reserves the right” to reintroduce restrictions in the coming months.

Over 30 million people will be offered a booster jab over the winter, with the rollout to start next week.

People from the first nine priority groups from the original vaccine rollout will be among the first to be offered their booster jab from next week.

These groups include anyone aged 16 and over who is immunosuppressed, anyone aged over 70, and frontline health & social care workers.

The plans have been criticised by some who have questioned their necessity, however, the booster jabs have been backed by the Joint Committee for Vaccination and Immunisation (JCVI).

Pfizer, Moderna and AstraZeneca vaccines have been approved for use as a booster jab.

No update on travel restrictions-but a hint at PCR changes

In perhaps a more surprising turn, there was no mention today of updates to travel restrictions, including how the 'traffic light' system will work in the coming months.

It had been hoped by some that high vaccination numbers would see the scheme scrapped altogether, or the need to take a PCR test removed in favour of a quick, cheaper Lateral Flow Test.

The PM was asked a question by a member of the public during his briefing today on this issue, however rather than announcing any changes, Mr Johnson simply stated more information on the topic would be given at a later date.

The PM said that the Government would “be saying a lot more shortly about the traffic light system, about simplifying it and about what we can do to make the burden of testing less onerous for those coming back into the country.

An urge to remain cautious

On a day when a further 26,628 cases of Covid were confirmed, along with 185 deaths within 28 days of testing positive for the virus, the Chief Medical Officers have urged people to continue regular testing and consider the use of face masks in indoor settings.

As the colder weather approaches, more indoor gatherings of people are likely to occur, resulting in a potential faster transmission of the virus, something which both Mr Whitty and Sir Patrick are keen to avoid.

Speaking on the spreading of false information on vaccination, Mr Whitty said: “there are people that go around trying to discourage other people from taking a vaccine which could be life-saving or prevent them from having life-changing injuries to themselves.

“Many of those people I regret to say will know they are pedalling untruths but they still do it.

“In my view, they should be ashamed.”