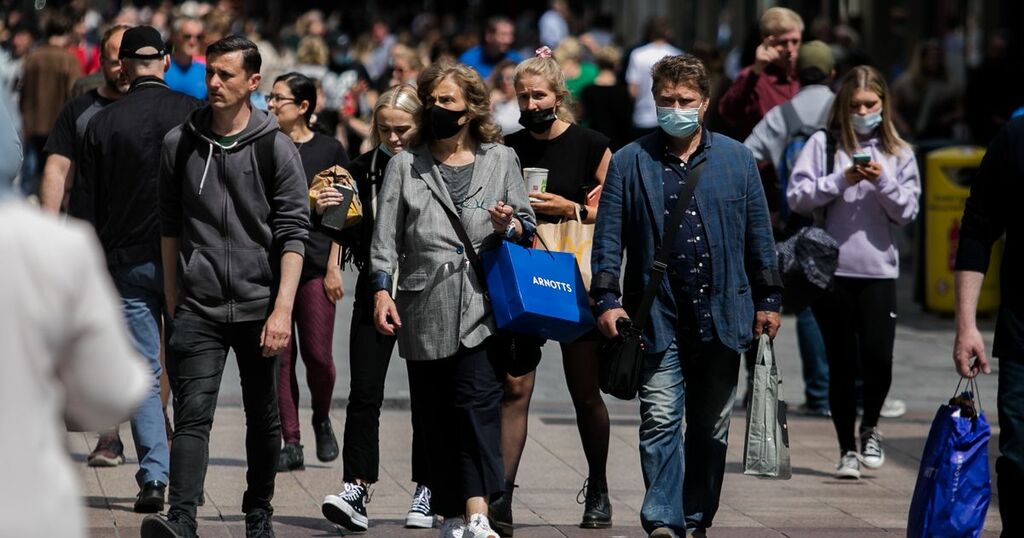 Ireland's very own 'Freedom Day' has been thrown into doubt just days before it was scheduled to happen.

October 22 is still scheduled to see the return of nightclubs, the end of social distancing and herald in the return to normal life.

But the government and health experts have now shed some doubt as to whether the reopening will actually go forward as planned.

Here's all you need to know about the latest developments;

Taoiseach says there is 'no guarantee'

Micheál Martin has said the lifting of restrictions on Friday week “cannot be guaranteed.”

The Taoiseach was speaking after an ominous briefing from NPHET officials earlier on Wednesday where they warned the path of the pandemic had become increasingly precarious.

Mr Martin told reporters in the Courtyard of Government Buildings on Wednesday evening that the battle against Covid has now “taken a wrong turn.”

And he said the big numbers in recent days - over 2,000 again on Wednesday - were “a matter of concern.”

Mr Martin said: “There was a meeting of senior officials this morning chaired by my Secretary General and the presentation from Deputy Chief Medical Officer, Dr Ronan Glynn, was a serious one.

“The trajectory of the disease has taken a wrong turn.

“There has been a surge, what’s been described as a sudden increase in the last week in terms of case numbers.”

The Taoiseach was asked directly if this meant if it was “fair to say that you can’t guarantee October 22nd reopenings will go ahead.”

And he replied: “I can’t guarantee right now, but we have to wait for further presentations from NPHET, but no decisions were made or anything like that.

“There was a meeting this morning, these issues were raised, presentations were made to officials and I received a briefing on that later this afternoon in terms of the growth of the pattern of the disease and affecting all age groups at this stage.

“So that is a matter for concern.”

Although there was no specific discussion on the final lifting of all Covid-19 restrictions, a source said Dr Glynn gave a “negative” briefing regarding the current situation with Covid-19.

Concerns were voiced about the rise in Covid positivity rates, the number of people in hospital and pressure on the test and trace system

As of this morning, there were 408 people in hospital with the virus, up six from the same time yesterday.

Of these, 69 patients with Covid-19 are in intensive care units, down four from yesterday.

It’s understood NPHET will meet next Monday and the source added “things are uncertain and no guidance until after the NPHET meeting.”

Another source said the Government needs to give sectors clarity and not leave it until the 11th hour before informing businesses on whether all restrictions will lift as planned.

They added: “It is vitally important businesses have clear guidance with regards to reopening and a restoration of normal trading environment resumes.”

Speaking to Pat Kenny on Newstalk on Wednesday morning, the Tanaiste said: "The Delta wave didn’t turn out to be as severe as we feared… but we’ve never managed to really get numbers down in Ireland.

“The Delta wave swept across Europe… but you see countries in central Europe that are now yellow zones or green zones, and we’re still a red zone.

“There is going to be a NPHET meeting early next week - we have to see what the outcome of that meeting is and what their advice is."

Speaking about the recent increase in case numbers among those who are unvaccinated, Dr Ronan Glynn said: “There has been fantastic uptake of Covid-19 vaccination over recent months.

“Unfortunately, there are still just under 300,000 adults who have not come forward for vaccination and a further 70,000 people have received just one dose of a two-dose schedule.

“The spread of disease in these 370,000 people is having a disproportionate impact on the profile of Covid-19 in our hospitals and intensive care units, with two out of every three people in intensive care not vaccinated."

When will decision be made?

NPHET is set to meet on Monday when advice is expected to be given to Government officials who will then make the final decision on the October 22 reopening.

Taoiseach Micheal Martin is expected to announce what's the come next Tuesday - keep up to date with all the latest on the Irish Mirror website.