Lexi Reed has responded to critics who have questioned why she set up a GoFundMe to help pay for medical expenses, with the fitness influencer explaining why people shouldn’t automatically assume that being an influencer means having a lot of money.

Reed, who is recovering after she was placed in a medically induced coma and on a ventilator after her organs began to fail, is well-known in the fitness world after she documented her 312-pound weight loss. On Instagram, where she goes by the username @fatgirlfedup, she has more than 1.2m followers.

On 10 February, Reed’s husband, Danny, shared a photo of his wife in a hospital bed on Instagram, where he revealed that Reed had been admitted to the hospital with organ failure. According to Danny, they noticed something was wrong when Reed was struggling to “keep any food down” and then “started acting differently”.

She was then admitted “into the ICU” and “placed on a medically induced coma,” with Danny recalling how doctors had told him Reed’s “organs started failing” and there was a chance she could die.

“She is currently in dialysis, can’t walk, and [is] working on recovery,” he wrote. “Sadly we do not have insurance.”

Two days later, Reed shared a screenshot of a GoFundMe Page, “Support Lexi Reed in her Medical Expenses,” organised by her husband, on Instagram. In the caption, she reflected on the “love” she was feeling from her family and thanked everyone who had donated to the fundraiser.

However, a number of people in the comments began to question why the influencer was crowdfunding for the costs of her medical bills and didn’t have insurance, as many assumed Reed received a significant income through her social media career.

Although the comments have now been disabled, some took the questions to the GoFundMePage, with one person claiming:  “Lexi made over $500k last year. It’s weird that she does not have insurance or any savings! Please make sure you do your research before donating.”

While speaking to Insider, Reed addressed the criticism as well as the claims published about her alleged net worth. One site, AllFamousBirthday, reports that her estimated net worth is $1.5m, which Reed denied.

“People on the internet are reading that I have all kinds of money, which is insane to me, because I clearly don’t,” she explained. “Our house isn’t even paid off and we only drive one vehicle so I’m not quite sure why people are so quick to believe anything these days.”

On social media, Reed has continued sharing updates about her health, with the influencer recently revealing that she now undergoes dialysis three times a week, for four hours each time, in order to “remove waste and excess fluids as [her] kidneys aren’t working”.

“I may not be focusing on weight loss as much on here right now,” she wrote in the caption of a recent Instagram post. “But I am working to heal and I wanted to share parts with you guys on this new journey as I was never hospitalised or anything before all of this. Knowledge is power!”

As noted in an Instagram post shared two days ago, Reed has been discharged from the hospital and is “still waiting to get more answers.” While speaking with Insider, she said that she isn’t sure what caused her to suffer organ failure, but said that her doctors don’t believe it is because of her weight loss.

Speaking to People on 25 February about her medical condition, Reed said she’s trying to remain positive.

“I’m just trying to keep my head up and think that it’s going to get better,” she explained. “I want to use this as a way to show people that you can always come back from a setback, and no matter what happens to us, we can always fight through it and get to the other side.”

While her fans may not be able to comment their support on Instagram, many of them have done so on Reed’s GoFundMe, which has raised $70,290 of its $100,00 goal.

“Lexi and Danny helped me on my own health journey,” one person wrote. “We’ve never met, but I love seeing their posts. Love you guys!”

“I’ve been following Lexi for years and she’s such an inspiration,” another wrote. “You got this girl and I hope you will get the medical care you need!”

The Independent has reached out to Reed for comment. 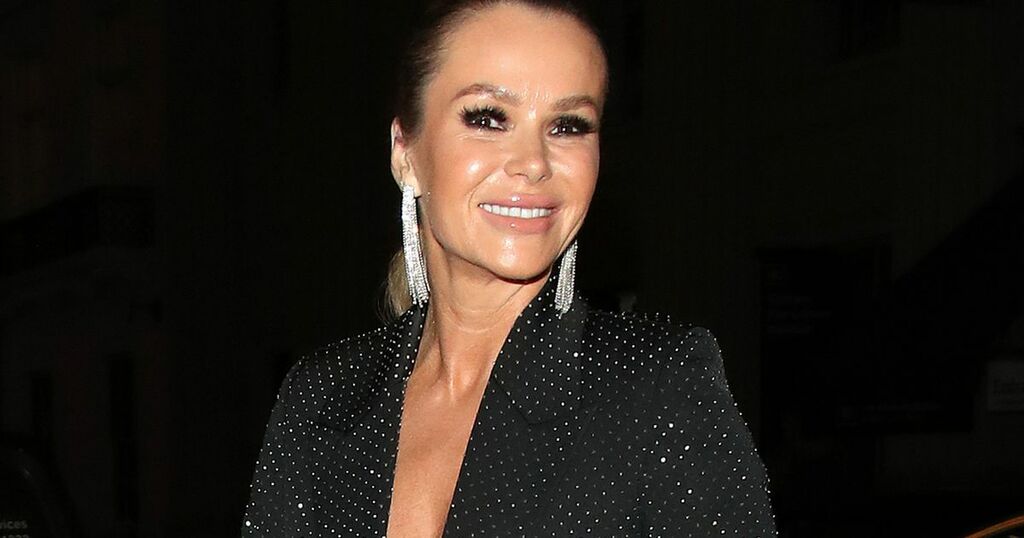 Inside Amanda Holden's wild 51st birthday with celebrity friends and boob cake
The Heart Radio presenter and Britain's Got Talent judge celebrated her 51st birthday in style, partying until late in a…

Daily Mirror
From analysis to the latest developments in health, read the most diverse news in one place.
Chloe Ferry strips off to unveil huge dragon tattoo - as she copies Charlotte Crosby

Chloe Ferry's latest tattoo is not too dissimilar to one former Geordie Shore co-star Charlotte Crosby has, but the MTV…

Love Island star Maura Higgins, 31, looked worlds away from her usual glamorous self as she told fans she's been…

Daily Mirror
One place to find news on any topic, from hundreds of sites.
Stacey Solomon opens up about feeling 'insecure' about body during baby Rose's first swim

Stacey Solomon was candid with her followers about her body insecurities