Fistfight breaks out after Missouri school board approves mask mandate 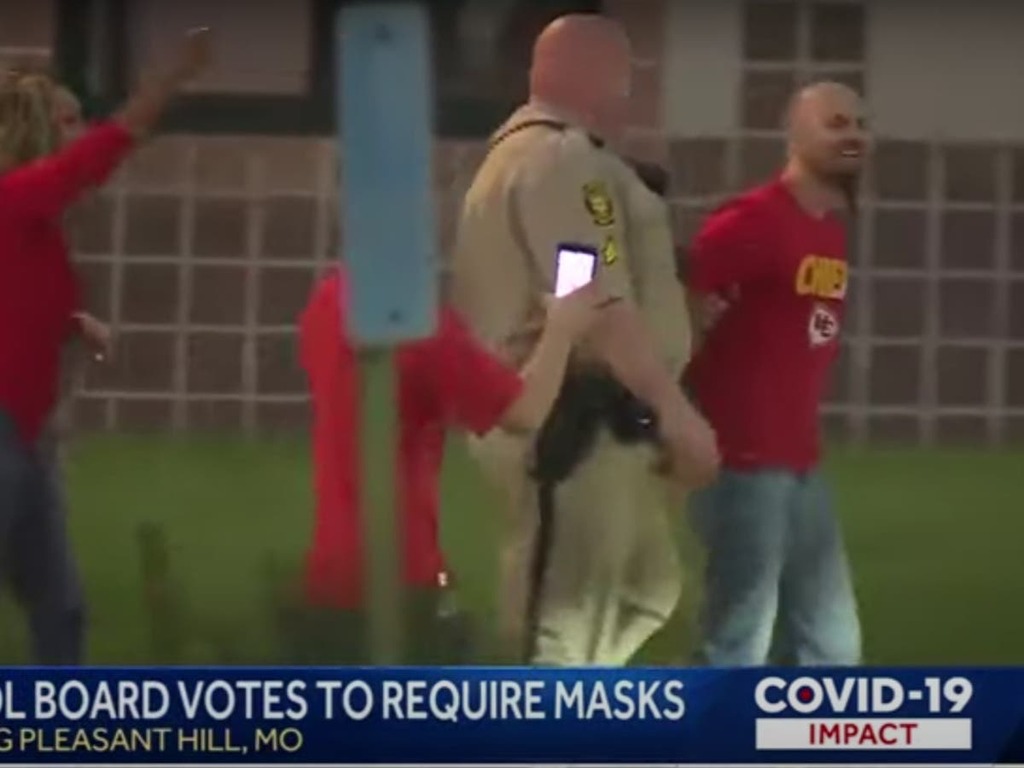 A fistfight that broke out at a school board meeting in Pleasant Hill, Missouri, saw one man arrested in the aftermath of a vote to require masks in local schools.

Members of the Pleasant Hill Board of Education voted on Tuesday to mandate masks in schools, causing members of the audience to throw fists and hit one another following the vote, according to KMBC News.

The fighting apparently broke out in the parking lot, where an unidentified individual was handcuffed by a sheriff’s deputy at the meeting. He could be seen in footage being escorted away.

Sheriff’s deputies arrived to break up the fighting. It was not clear if the individuals involved were parents of local schoolchildren, who are experiencing rising infections from Covid.

KMBC News reported “shouting” and a “tense” debate during the meeting, where members of the public had been invited to speak both in favour and in opposition to introducing mask wearing into classrooms.

“We need to go back to a mask mandate with the way that the virus is spreading and how its infecting and effecting children now,” a Pleasant Hill parent, Christy Snow, told the network.

“If a healthy child is healthy, they should be in school,” another parent, Tiffany Dimas, added. “They should be allowed the same education as anybody else”.

According to KMBC News, there were more Covid cases among school children in Pleasant Hill in the first nine days of the school year, than for the first half of 2021. In addition, about 180 school staff and students are in isolation because of possible exposure to Covid.

It follows rising infection rates among school-age children in the US, amid the introduction of the infectious Delta variant. Many students are currently ineligible for a vaccine due to their age.

The issue of mask mandates, meanwhile, has caused fierce debates at school board meetings throughout the country, with one parent telling a school board in Florida that vaccines were a “deep state conspiracy” to depopulate the world.

In reality, masks reduce the spread of Covid, which is a respiratory virus.