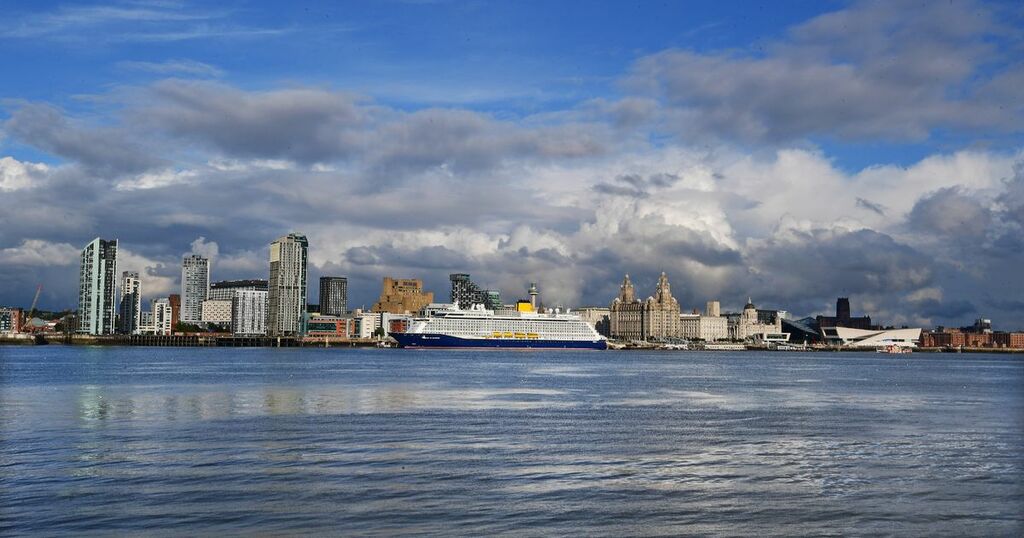 Where does the River Mersey end and where does it pass through?
The river passes through three counties

Hit with delays and rising costs, the new Isle of Man terminal also carries the weight of restoring a connection…

The Hindu
‘Underneath, Everything Has Changed’

Lilacs are blooming as befits the first real week of spring and that leads, or sorta leads, this sprawling raw-file…

There have been calls for action to “save” a River Mersey beauty spot because its canal is running out of water - and oxygen for fish.

Water levels in the Sankey Canal at Spike Island in Widnes have dropped by several feet in places, so much that some boats are stranded and carp have been reportedly sighted "gasping for air".

The situation has become so stark that a fundraising campaign has been launched with a goal to "save Spike Island".

Previously the canal was supplied by fresh water pumped in from further along the canal by Fiddlers Ferry power station, but the coal-fired plant was switched off in March 2020 as part of the Government’s drive to meet its climate goals.

A temporary pump provided by power station operator SSE has also been turned off, and water pumped in from nearby lagoons is also rumoured to have run out.

Residents have expressed dismay in recent weeks at the loss of a defining feature of the island as the water level plunged, sparking fears for fish and other wildlife such as voles and wildfowl that inhabit the canal and its banks.

Boats are now arrayed in a line down the middle of the canal where the water is deepest, with one social media user quipping that it will be possible to walk from one side to the other soon.

When the ECHO visited the island on Friday, the drop was obvious and stark, with two or three feet of newly-exposed clean canal wall showing.

There are concerns the character of Spike Island would change completely if it loses the canal, which together with the River Mersey on the other side make it an island.

Efforts are under way at Halton Borough Council (HBC) to relocate the fish and to find a way to replenish the water.

There are fears, however, wildlife is already suffering.

Chris Dangling, 41, an angler from Haydock familiar with the area’s waterways, told the Echo he had seen carp “gasping for air and really suffering” in the Sankey Canal at Spike Island.

He was “surprised the Environment Agency hasn’t stepped in.”

Boats are also reported to be stranded for fear of losing more water if the locks to access the River Mersey are opened.

Derek White, chairman of West Bank Boat Club (WBBC) based at Spike Island, said he had even missed out on an annual sailing holiday to The Isle of Man because of the risk of opening the lock to access the river.

There is some debate over what to do to restore the water levels and over why it can’t be restored to how it was before Fiddlers Ferry power station opened in 1971.

Possible options suggested include replacing the Fiddlers Ferry pump with a publicly-funded pump, pumping in saltwater from the River Mersey, or rerouting water either from a tributary of the canal or a brook that Ken Burke, 67, WBBC member, told the ECHO runs under the canal and into the Mersey.

The issue is complicated by the drying-up section of canal lying within Halton borough, but the now-defunct pumping station being situated in neighbouring Warrington.

An online fundraising gofundme appeal launched by Mark Ryan is looking to raise £50,000 to replace the pump and “save Spike Island” and avert any “devastating” damage to the beauty spot.

When the ECHO visited the area on Friday, members of WBBC said Halton Council seemed to have money for other big projects but not for the canal, with Michael Dennett, 69, saying £20m was being spent on a leisure centre in Widnes, and Michael Ryan saying £2m was being spent on reconnecting the Bridgwater and Manchester Ship canals in Runcorn, in reference to the “Town Deal”-backed Open Up Runcorn project.

They said the canal was the oldest in the country dating back to 1775 - nearly 200 years before Fiddlers Ferry opened.

Jack Jones, 87, said he has been visiting the canal for 80 years.

He told the ECHO: "We need someone to do something for us.

"We've had this all our lives.

Halton Council told the ECHO it was committed to the future of Sankey Canal.

A request for comment to the Central and West Bank ward councillors Pam Wallace, Noel Hutchinson and Stan Hill plus executive board member for the environment Cllr Stef Nelson was forwarded to Paul Wright, the council’s operational director for community and environment, who said the water had not fallen as much as expected and efforts to rescue the canal’s fish was under way.

He told the ECHO: “The situation is as previously explained to you in that pumping has ceased and the water levels have dropped.

“They are continuing to drop but not at anything like the rate that we had expected.

“With regards to the fish stocks they are our immediate concern and we have engaged a company to undertake a fish rescue.

“The first stage has to be a fish health check.

“That is being undertaken tomorrow (Wednesday).

“Once that is done and we have the results back an application to the Environment Agency to move the fish can be made.

“They have to issue a licence for this.

“The Environment Agency are aware of what is happening at the canal and they are aware about what we are doing.

“With regards to people commenting on water supplies pre the Fiddlers Ferry pumping it is worth pointing out that the canal was derelict for 20 years - 1963 to 1983 - and for much of that time it had very little water in it.

“The water that kept it filled in its operational years came from the Car Mill area.

“That water ceased to make its way to our section of the canal when large sections of it were filled in upstream in the 1960s and 1970s.”

He added: “We realise that in the short to medium term we are going to have to live with lower water levels than we have been used to.

“That will require certain tasks to be undertaken such as clean-ups.

“Officers are currently meeting to discuss the short term implications that will have to follow once the fish rescue has been carried out.

“With regards to the medium to long term we are working with colleagues at Warrington Borough Council to secure a permanent water supply for the canal.

“That is not an easy task.

“If it was, it would have been done by now.

“We will also continue to work with SCARS (Sankey Canal Restoration Society) as we share their aspirations.

“However, the priority for now has to be a sustainable and permanent water supply.

"The aim is to find a water supply and that might mean pumping.

“Not in the way that it was done, via a power station, as that is not an option

“Using some of the previous infrastructure may be an option and it is one that is being actively looked into.

“This would be in Warrington and we are committed to working with them on this.

“In terms of the short term other than the fish rescue we will be organising a clean-up along the canal.

“Items have been deposited into the canal over the last four decades which are becoming exposed: things like tyres and old motorcycles.

“We will be removing those items.

“What I would like to stress is that HBC remains committed to the canal.

“It is an important historical asset, a habitat for wildlife and a much loved public amenity.”

The Environment Agency (EA) said it was providing a permit to relocate the fish but the council was leading on the general issue of the canal.

An EA spokeswoman said: “We have spoken with our fisheries team who have confirmed that Halton Borough Council are organising a proactive fish rescue which will be done fairly soon to pre-empt any issues.

“As I understand it the fish are going through a health check at the moment to ensure they are safe to be relocated.

“The EA is providing the permit to allow the rescue to be carried out and our officers are providing advice and guidance to the council.”

SSE, the energy company that operated Fiddlers Ferry power station, said it had gone “above and beyond” to keep Sankey Canal, also known as St Helens canal, supplied with water.

An SSE Thermal spokesperson, said: “As long-standing operators of the site, SSE has always gone above and beyond to ensure water levels in the St Helens Canal are maintained.

“Since the closure of Fiddlers Ferry in March 2020, we have provided both local authorities with water and assisted with a temporary pumping solution for the canal while works to engineer and implement a permanent solution were undertaken.

“With Fiddlers Ferry now fully decommissioned, we are no longer able to provide support for the topping up of the canal.”

Spike Island is perhaps best known outside Halton for its role as venue for The Stone Roses' concert in 1990, and the 2012 film it inspired, Spike Island, starring Emilia Clarke of Game of Thrones fame.

Where does the River Mersey end and where does it pass through?
The river passes through three counties

Hit with delays and rising costs, the new Isle of Man terminal also carries the weight of restoring a connection…

The Hindu
‘Underneath, Everything Has Changed’

Lilacs are blooming as befits the first real week of spring and that leads, or sorta leads, this sprawling raw-file…