First Thing: Trump aides could be prosecuted over Capitol attack 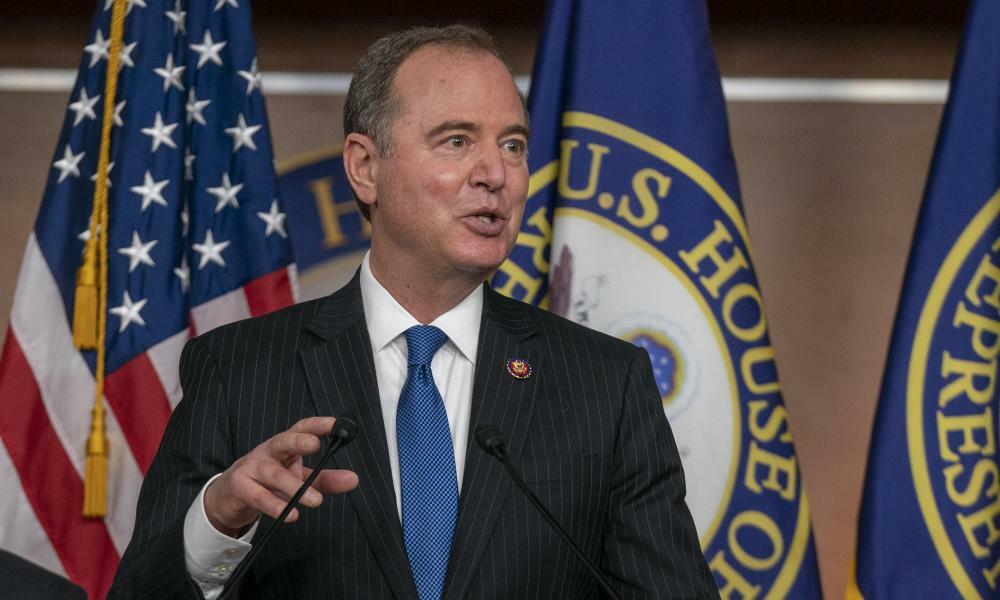 The House select committee investigating the deadly assault on the US Capitol on 6 January is prepared to urge federal prosecution of former aides to Donald Trump who refuse to comply with subpoenas, a key panel member said.

Amid fears that the panel will not seek to enforce its will, Adam Schiff, a member of the panel as well as chairman of the House intelligence committee, told CBS’s Face the Nation on Sunday: ‘We are prepared to go forward and urge the justice department to criminally prosecute anyone who does not do their lawful duty.”

Meanwhile, the second-ranking House Republican, Steve Scalise of Louisiana, repeatedly refused to say on Sunday that the 2020 election was not stolen.

Only direct intervention from his own treasury secretary stopped Donald Trump nominating his daughter, Ivanka Trump, to lead the World Bank, according to a report.

Citing two anonymous sources, the Intercept said the appointment “came incredibly close to happening” in January 2019, but for Steven Mnuchin’s decision to step in. Mnuchin, a Goldman Sachs banker and film producer, stayed in the post for all Trump’s four years in office, a rare feat among Trump’s cabinet picks and advisers.

The head of the World Bank is always chosen by the US. In January 2019, Jim Yong Kim resigned. Rumours abounded that Ivanka Trump, an executive in the Trump Organization before her father entered politics, would be chosen.

Three months later, Trump told the Atlantic: “I even thought of Ivanka for the World Bank … she would’ve been great at that because she’s very good with numbers.”

Lego has announced it will work to remove gender stereotypes from its toys after a global survey the company commissioned found attitudes to play and future careers remained unequal and restrictive.

Researchers found that while girls were becoming more confident and keen to engage in a wide range of activities, the same was not true of boys.

Seventy-one per cent of boys surveyed feared they would be made fun of if they played with what they described as “girls’ toys” – a fear shared by their parents. “Parents are more worried that their sons will be teased than their daughters for playing with toys associated with the other gender,” said Madeline Di Nonno, the chief executive of the Geena Davis Institute on Gender in Media, who conducted the research.

Stat of the day: more than half of the 20 largest fires in California history burned in just the last four years

Firefighters can still recall a time when battling a so-called megafire – a blaze that torches more than 100,000 acres – was a once-in-a-lifetime experience. These days, it is far more common for fires to stretch across enormous spans of land. More than half of the 20 largest fires in California history burned in just the last four years. Eight of the Top 20 fires in Oregon occurred in that timeframe too. Last year, Arizona had the most acres burned in its history. California’s August Complex fire, which consumed more than 1m acres alone, became the first-ever gigafire in 2020.

Don’t miss this: Succession’s Alan Ruck on Ferris Bueller, booze and bouncing back

By the time he was cast in Succession, Alan Ruck, now 65, was well accustomed to playing the sad and the sorry. As Captain John Harriman in Star Trek Generations, he had to deal with the loss of Captain Kirk; as Rabbit in Twister, he was the dorky member of the tornado-chasing team, prissily fussing over the maps. But after a decades-long slump, the actor’s career came roaring back with the role of Connor Roy. He talks about his 80s success, his “attitude problems” and his excitement about Succession’s new series.

Or this: how to blow the whistle on Facebook – from someone who already did

This April, Sophie Zhang told the world about her employer’s failure to combat deception and abuse. This month, another Facebook whistleblower, Frances Haugen, has come forward. After providing the Wall Street Journal and US government with thousands of internal documents showing Facebook’s internal research into its own harms, Haugen testified to Congress. During her testimony, Haugen encouraged “more tech employees to come forward through legitimate channels … to make sure that the public has the information they need”. Here’s Zhang’s advice for any would-be whistleblowers.

An ampoule of Antarctic air from the year 1765 forms the centrepiece of a new exhibition that reveals the hidden histories contained in polar ice to visitors attending the Cop26 climate conference in Glasgow. The artist Wayne Binitie has spent the past five years undertaking an extraordinary collaboration with scientists from the British Antarctic Survey (BAS), who drill, analyse and preserve cylinders of ice from deep in the ice sheet that record past climate change.

Want more environmental stories delivered to your inbox? Sign up to our Green Light newsletter to get the good, bad and essential news on the climate every week