First Thing: Texas gunman was inside school for 40 minutes

A Texas gunman who killed 19 children and two teachers this week was inside the school for about 40 minutes before being killed by border patrol agents. Conflicting reports have emerged about the law enforcement response in the crucial moments after the 18-year-old shooter entered the building.

The border patrol chief, Raul Ortiz, told CNN that dozens of on- and off-duty agents responded to the shooting, and that as soon as officers arrived, “they didn’t hesitate”.

As officials compile a timeline of the shooting, the small town of Uvalde came together to grieve. They are remembering the young victims who lost their lives to ensure they are not forgotten.

Meanwhile, the National Rifle Association, which has blocked any meaningful gun control legislation in recent years, is still planning to hold its annual meeting tomorrow, just hours away from Uvalde in Houston, Texas. Donald Trump, the Texas senator, Ted Cruz, and the Texas governor, Greg Abbott, plan to attend, along with a number of protesters.

On the second anniversary of the murder of George Floyd – and with Congress deadlocked on the issue – Joe Biden signed an executive order he promised would usher in the “most significant police reform in decades”.

During the pandemic, the federal government required states to continuously enroll Medicaid recipients into the program. The federal government provided $100.4bn in new funds to cover the costs of doing so, halting coverage gaps and loss of eligibility for those who rely on healthcare coverage through Medicaid.

With the pandemic public health emergency declaration ending on 15 July, an estimated 5.3 million to 14.2 million individuals could lose their Medicaid coverage, according to an analysis by the Kaiser Family Foundation.

Stat of the day: more than 60,000 asylum seekers have entered Canada through irregular routes from the US since 2017

The Safe Third Country agreement between the US and Canada stipulates that people seeking asylum in either country must seek refugee protection in whichever country they first arrive and will be turned away from ports of entry to the other country. But this agreement does not apply to irregular crossings – if an asylum seeker were to cross on foot from New York to Quebec, for example – and since 2017, tens of thousands have been using this loophole to seek a better life in Canada.

Don’t miss this: ‘It’s a nightmare’

Nargis Orokzai fled Afghanistan on 27 August, shortly before the Taliban seized control of the country again. She now lives in a picturesque Bavarian town in Germany, spending her time learning the language of her country and enjoying the freedoms she knows she would not have back home. But like the millions of Afghans who fled last year, she left behind family members – her mother – she knows she may never see again.

Climate check: too hot to handle

With the climate crisis, the heat is getting worse in parts of Pakistan and India, with temperatures hitting a record-breaking 51C (123.8F) during a heatwave in Jacobabad, Pakistan, last week. “Now there are no trees or other facilities including water, due to which the heat is becoming unbearable. I’m scared that this heat will take our lives in the coming years,” said Muhammad Akbar, 40, who has had heatstroke at least three times in his life.

Want more environmental stories delivered to your inbox? Sign up to our new newsletter Down to Earth to get original and essential reporting on the climate crisis every week

In these times of high anxiety, four writers with anxious minds share how they cope. “I’m not sure who I’d be if I weren’t anxious – and it is important to remember that almost everyone deals with anxiety at some point in their life,” said the actor and mental health advocate Mara Wilson. “There’s no shame in getting professional help, just as you wouldn’t feel ashamed about getting treatment for asthma or a broken arm.” 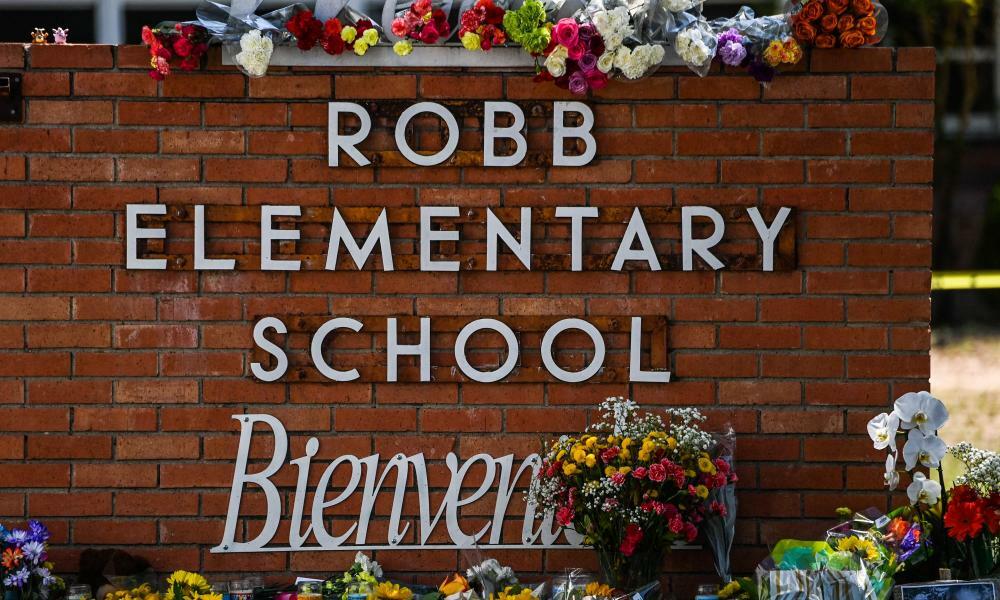 Texas gunman was inside school for about 40 minutes, officials say
Timeline of events leading up to attack emerges, amid claims police had trouble opening door of classroom where attacker had…

The Guardian - US
One subscription that gives you access to news from hundreds of sites
Texas school shooting: gunman was inside for 40 minutes, officials say – updates as they happened

And law enforcement is facing growing questions over their delay.