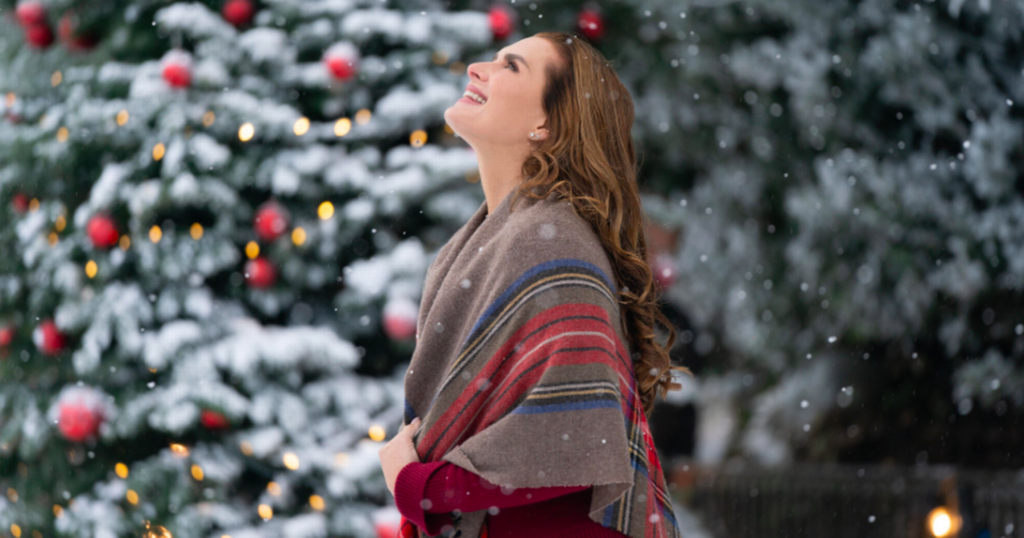 Brooke's film A Castle For Christmas will be released on November 26, with Netflix today sharing pictures of Brooke at the Dalmeny Estate in Queenferry.

In one of the snaps, Brooke can be seen cycling in the gardens at the front of the impressive estate, while in others she looks cosy in a tartan shawl with her co-star.

She had been seen enjoying some of the local scenery during the lockdown period in between testing regularly for Covid.

Netflix have now revealed the movie tells the story of a famed author, played by Brooke, who travels to Scotland hoping to buy a small castle of her own.

She discovers the prickly owner, played by The Princess Bride actor Cary Elwes, who is reluctant to sell and the drama begins.

Directed by Mary Lambert, the romantic comedy saw the estate covered by snow during filming, with fairy lights and other Christmas decorations added.

During her time in Scotland Brooke also visited the Sea Kist antique shop in South Queensferry.

She was said to have a good eye for antiques as she enjoyed some retail therapy there.

Brooke joined Vanessa Hudgens in being a fan of Scottish historical buildings for filming the ideal romantic movie.

Vanessa, 32, from California, filmed the sequel to The Princess Switch in Edinburgh on a two months long shoot and said she 'fell in love' with the locations here.