Sanaa (AFP) - The first commercial flight out of Yemen's rebel-held capital in six years was indefinitely postponed Sunday, the national carrier said, stranding passengers who were travelling for medical care.

The airline said it had not received permits from the Saudi-led coalition, and Yemen's government blamed the Iran-backed Huthi rebels for the postponement.The government claimed rebels had tried to "smuggle" members of Tehran's Revolutionary Guards and Lebanese militant group Hezbollah onto the flight.

Authorities in Sanaa, though, accused the coalition of trying to keep Yemeni civilians "in a large prison", and said the denial of permits was a "violation" of a fragile truce.

The capital's airport was due to receive the commercial aircraft Sunday morning, reviving hopes that the war-torn country could resume some normal operations.

A seven-year war pitting Yemen's Saudi-backed government against Shiite Huthi rebels has killed hundreds of thousands of people and pushed the country to the brink of famine.

A would-be passenger told AFP she had planned to accompany her sick father who was to undergo an operation Monday in Jordan.

"We were surprised by the postponement of the trip.My father could not bear the news and broke down in tears," said the passenger, who did not want to be named for fear of Huthi reprisals.

"This would have been a first small but important step towards long-lasting stability in Yemen.It is also a life-saver for tens of thousands of medical patients who desperately need urgent treatment abroad," said Erin Hutchinson, the group's Yemen country director.

UN special envoy Hans Grundberg also voiced concern and called on the warring parties to work with his office "to find a solution that allows the flights to resume as planned."

A renewable two-month truce that went into effect in early April "is meant to benefit civilians including through reducing violence, making fuel available, and improving their freedom of movement to, from and within their country," Grundberg said.

The plane, operated by national carrier Yemenia, was expected to take off from the government-controlled southern port city of Aden, stop off in Sanaa, and transport passengers in need of medical treatment to Jordan's capital Amman.

But hours before the flight, the airline said "it has not yet received operating permits".

Yemenia said it hoped "all problems will be overcome in the near future".

There was no immediate reaction from the military coalition that controls Yemen's airspace.

Eryani accused the Huthis of trying to take advantage of the flights to "smuggle" members of Hezbollah and Iran's Revolutionary Guards onto the plane using "fake names and forged documents."

While the government had approved 104 passengers, the Huthis "refused" and insisted on adding 60 more "passengers with unreliable passports", he added.

The Saudi-led coalition accuses Iran and Hezbollah of smuggling weapons to the rebels and sending operatives who train them to use drones and ballistic missiles against the government, Saudi Arabia and the United Arab Emirates, another member of the coalition.

Tehran denies such charges, and Hezbollah has previously denied sending fighters or weapons to Yemen.

In Huthi-controlled Sanaa, airport director Khaled Al-Shayef said the passports issue was a "baseless justification" for barring the flight.

The deputy head of civil aviation Raed Talib Jabal said the coalition's refusal to allow Sunday's flight was "a violation of the truce".

"The coalition insists that the Yemeni people remain in a large prison," he added.

The flight postponement was a setback for a truce deal that has provided a rare respite from violence in much of the country, and has also seen fuel tankers begin arriving at the port of Hodeida, potentially easing fuel shortages in Sanaa and elsewhere.

The Huthis seized control of Sanaa in 2014, prompting the Saudi-led military intervention to support the government the following year, and igniting a war that has caused what the United Nations terms the world's worst humanitarian crisis.

The airport in Sanaa has been closed to commercial traffic since August 2016 when airstrikes disrupted service to the city.

Aid flights continue to land, although service has periodically halted.

Daily flights out of Aden as well as the eastern city of Seiyun fly both domestically and to other countries in the region. 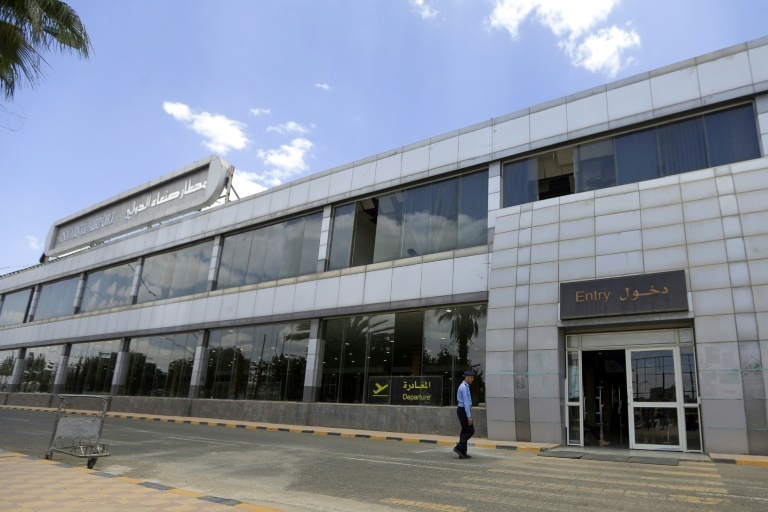 AFP
From analysis to the latest developments in health, read the most diverse news in one place.
Yemen capital's first commercial flight since 2016 postponed

Asharq Al-Awsat
Yemen in the Grips of Optimism

Asharq Al-Awsat
One place to find news on any topic, from hundreds of sites.
Yemen Presidential Council Accuses Houthis of Seeking to Renege on UN Truce