First Afghanistan flight under Taliban evacuates 200, including roughly 115 US, British, and Canadian citizens 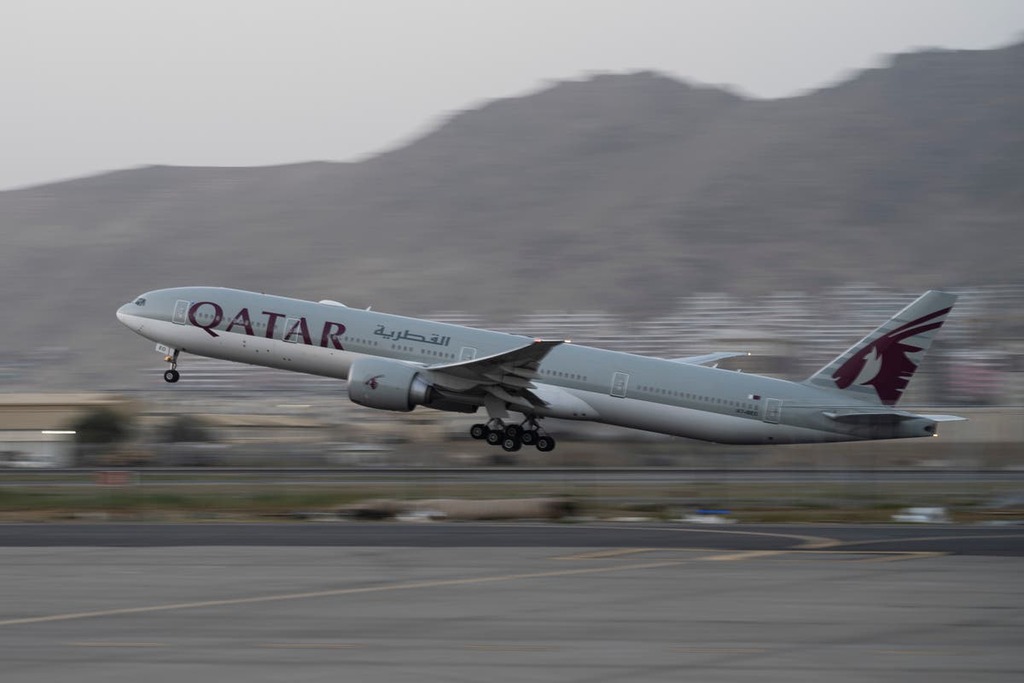 The Taliban allowed 211 passengers to leave Kabul on the first international commercial flight since the US withdrew from Afghanistan, reportedly including at least 115 Americans, US permanent residents and other dual nationals.

The foreign passport holders included citizens from Britain, Italy, the Netherlands, Ukraine, Canada and Germany, according to The Washington Post.

About 30 of those on the Qatar Airways Boeing 777 to leave the country en route to Doha were estimated to be US citizens. A foreign diplomat speaking on condition of anonymity said another 200 foreigners, including Americans, would depart in the next couple of days.

As Taliban authorities patrolled the tarmac, passengers presented their documents for checking, and sniffer dogs inspected luggage laid out on the ground. Some of the veteran airport workers had returned to their jobs after fleeing during the harrowing chaos of the US-led airlift.

As the group prepared to board earlier, Qatari officials gathered on the tarmac of Kabul airport to announce the airport was ready for the resumption of international commercial flights after days of repairs.

Extensive damage to the travel hub in the frenzied final days of the US airlift that evacuated over 100,000 people from the country had raised questions over how soon the transport hub could resume for regular commercial flights. Technical experts from Qatar and Turkey have been racing to restore operations.

The flight was confirmed at a joint press conference with Qatar’s special envoy Mutlaq al-Qahtani and the Taliban’s spokesman, Zabiullah Mujahid.

The flight comes a day after the White House defended its engagement with the Taliban to allow American citizens to leave the country.

US Secretary of state Anthony Blinken said on Wednesday they were working through the issues with the Taliban, which announced a caretaker cabinet including Sirajuddin Haqqani as acting minister of the interior, which oversees the flights leaving Afghanistan.

The FBI is offering a $10m reward for Haqqni over a 2008 attack in Kabul that left six dead, including a US citizen.

"I don’t think this is about fault here, I’m conveying, I think what people want to understand is what we’re doing to address it,” Ms Psaki told reporters on Wednesday.