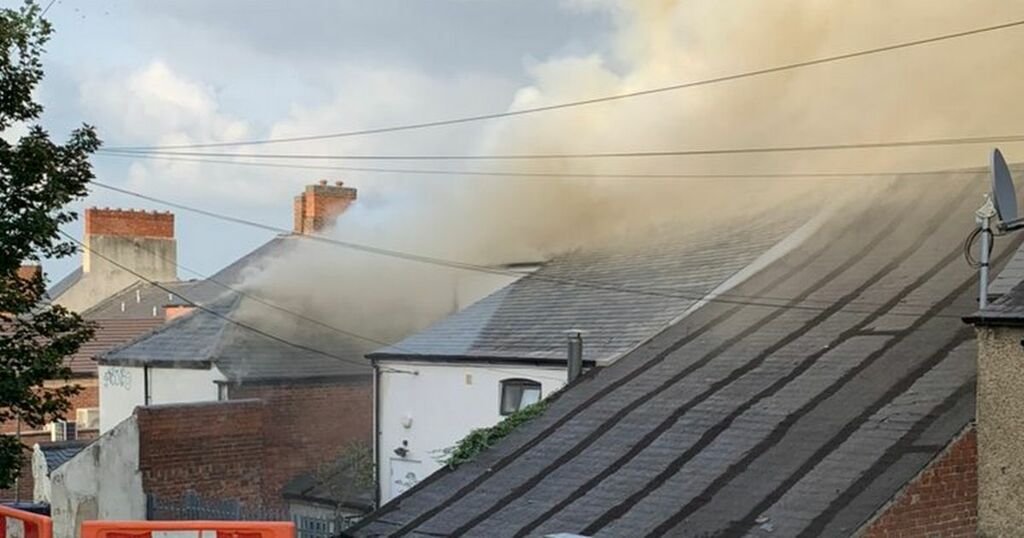 Firefighters worked late into the evening after a fire ripped through a pet shop in Ilkeston.

Crews were called to the 'significant fire' at 1st 4 Pets in Bath Street just before 5pm on Saturday, October 9.

Chiefs from Derbyshire Fire and Rescue Service issued an update before midnight.

Firefighters have now left the scene.

Crews from across Derbyshire and Nottinghamshire were called to the scene, and thick, black smoke could be seen billowing into the sky.

Incident commander Steve Ratcliffe said on arrival smoke was coming from the roof and flames from the windows.

He said there "were no pets inside during the fire" and that the business owner and his family had tried to put the blaze out.

The fire chief said: "The business owner and his family were in the building at the time of the fire, they attempted to tackle the fire without success.

"They got themselves out OK."