Fire crews have worked overnight to battle a huge wildfire that is currently ripping its way through Scots hill land.

Firefighters scrambled to A98 between Banff and Macduff, Aberdeenshire, after receiving the alarm at 2.05am today.

Six fire engines raced to the inferno where they all currently remain.

A Scottish Fire and Rescue Service (SFRS) height vehicle and an all-terrain vehicle (ATV) are among the apparatus being used to tackle the flames.

Shocking images from the scene show the blaze tearing through the hillside as thick plumes of smoke billow across Aberdeenshire.

Meanwhile, fire chiefs have warned residents to keep their windows closed due to the thick plumes of smoke.

An SFRS spokesperson said: "We were alerted at 2.05am on Monday, May 16 to a wildfire along the A947 between Banff and Macduff.

"A height vehicle and an ATV vehicle are also in attendance.

"Residents in Banff and the surrounding area should keep windows closed due to high volumes of smoke.

"Road closures are also in place." 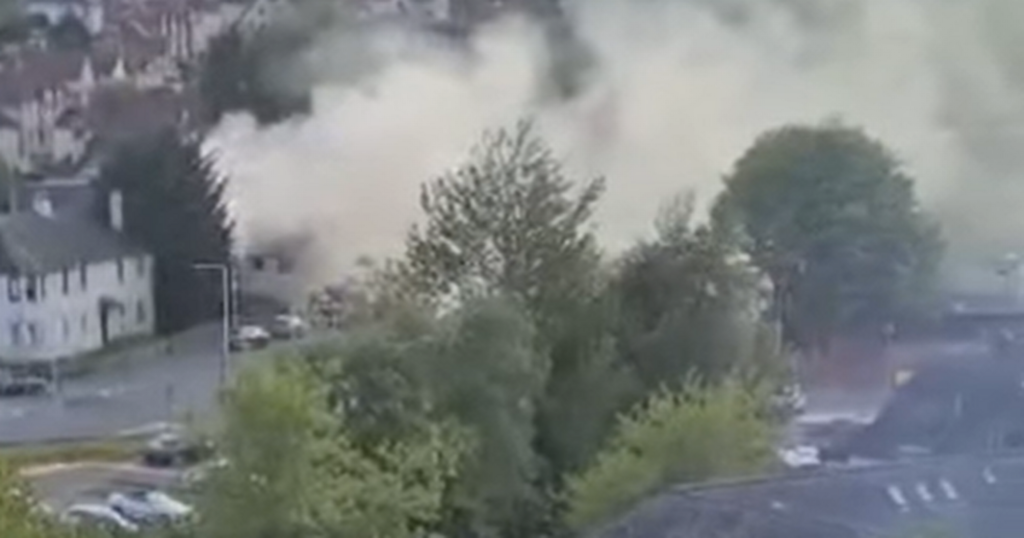 The fire took hold of the HGV lorry around 3.15pm today at junction 4 Maryville, near Bothwell services.

Mercy crews rushed to the blaze in the village of Kennoway, Fife last night which 'gutted' one property and a…