Fire breaks out at Indonesian prison as inmates sleep, killing 41 including two foreigners 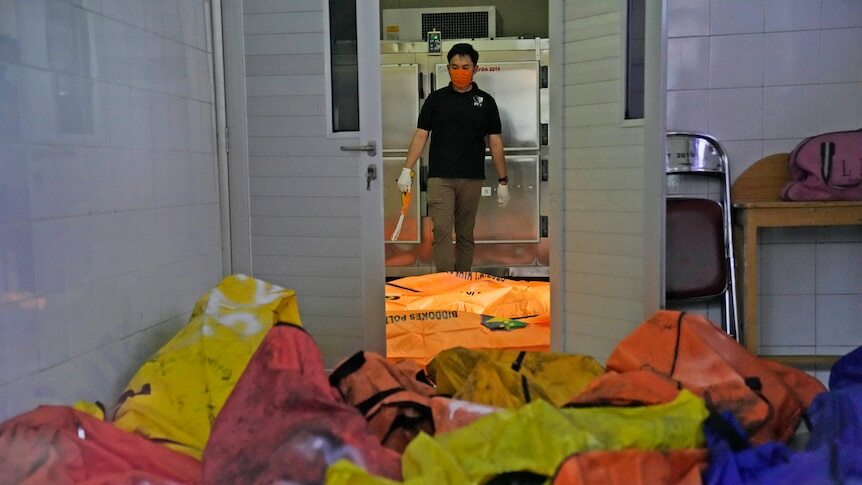 A fire at a jail in Indonesia's Banten province has killed at least 41 people and injured 80 others.

Law and human rights minister Yasonna Laoly said two foreigners from South Africa and Portgual, respectively, were among those killed.

Government spokeswoman Rika Aprianti said the fire at Tangerang prison broke out just after 1:00am on Wednesday (local time).

The other inmates, most of whom were sleeping, were evacuated from the facility.

At least 41 inmates were killed and 80 hospitalised, eight of them with severe burns, he said.

"The cause of the fire is under investigation," Ms Aprianti said.

The blaze started at Block C of Tangerang prison, which is located on the outskirts of Jakarta and used for drug offenders.

Hundreds of police and soldiers were deployed to take control at prison, which was designed to house 1,225 inmates but has more than 2,000, Ms Aprianti said.

Block C was crammed full with 122 convicts when the fire occurred.

She said the fire was extinguished after a few hours and all the victims were moved to a local hospital.

There were indications an electrical fault may have caused the fire, Mr Imran said.

"Our initial assumption is that the fire was caused by an electrical short circuit," he said.

"It lasted for approximately two hours and has now been handled by firefighters, prison officers and the police."

Jailbreaks and riots that lead to prisoner injuries are common in Indonesia, where overcrowding has become a problem.

Large numbers of people have been arrested in the nation's war on illegal drugs but most of Indonesia's prisons struggle with poor funding.