Fire breaks out at Andorra stadium ahead of England fixture 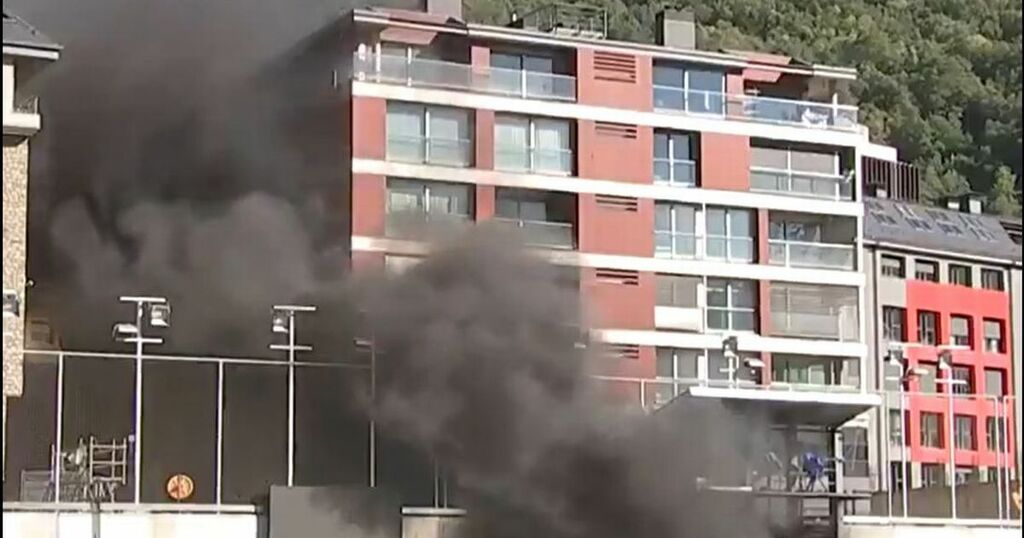 A fire has broken out at the Estadi Nacional where England are scheduled to play their World Cup qualifier with Andorra on Saturday.

Footage of the fire was caught live on Sky Sports as the broadcaster looked ahead to the fixture in Andorra la Vella.

The cause of the blaze is as yet unknown but took place next to the stadium’s TV gantry, with flats and other buildings also surrounding the ground.

Sky Sports reported that a fire engine had already appeared on the scene, but it remains to be seen whether this will impact England’s upcoming fixture this weekend.

Liverpool's Jordan Henderson and Everton's Jordan Pickford are both part of Gareth Southgate's squad, though with the fire situated near to the manager’s dugouts further updates will follow as more is learned about the situation.