What colourful characters once lived in Cessnock.

Today's tale involves a controversial Dutch South African evangelist who arrived in Cessnock in June 1929 to cast out demons and save souls, but ended up to his neck in scandal.

The fire-and-brimstone preacher was Frederick Bernadus Van Eyk, and, in Cessnock, he made an enormous impression. Van Eyk carried a giant cross in parades down Vincent Street in order to convert sinners, cast out demons, anoint the sick and cause people to speak in "tongues", or babble.

Along the way, the gospel spruiker publicly baptised up to 70 excited converts at one session in a big transparent bath, a tank really, as part of his divine mission.

"Thousands of people attended his services. Van Eyk said he was in Cessnock to save the town. The evangelist had a tub full of water in which he immersed adults to baptise them," she says.

"Van Eyk also carried this giant cross around streets with his followers crying out to the Lord. It was from the whole Pentecostalist playbook."

O'Sullivan said old-time Cessnock folk had since told her that people had arrived in town in their hundreds, drawn as much by the performance as the religion.

"Remember, this was an era before TV existed and even radio was in its infancy. Van Eyk's antics for the time were spectacular," she says.

In a highly original piece of historical research, O'Sullivan tracked down the evangelist's link with the Coalfields as part of the preparation for Cessnock Library's unusual current exhibition, Scandalous, which runs until May 31.

"It took up to two months to assemble all the material involved. I even went to the national archives to track down Van Eyk's original passport application into Australia," she says.

"Van Eyk's time in Australia was characterised by drama, scandal and theatrics. He'd been invited to come to the country by the fledgling Pentecostal movement here. He arrived in March 1926, but by 1928 his marriage was in trouble, and his wife Cecilia and his children returned to South Africa to live," O'Sullivan says.

He'd had little formal education and he described his early days as wild with "gambling, drinking, smoking and profanity" before he converted to Christianity.

In Cessnock, Van Eyk had an equal number of devoted followers as fervent detractors.

Was he a brazen egotistical charlatan, or a powerful preacher sent directly from God? Almost a century later, opinions remain divided, O'Sullivan says.

The charismatic preacher/showman's antics even made it into a Sydney paper in July 1929 after Cessnock converts writhed on the ground in a temporary church (a picture theatre) as the devil left them. There were "remarkable scenes" with shouts and screams with the theatre being damaged. The site's owner said crowds at boxing and wrestling matches were much better behaved.

"Several women fainted in the crowd of 2000 and had to be carried out . . . grasping each convert by the nose, he (Van Eyk) immersed them in three feet of water . . . a few (onlookers) showed signs of hysteria."

The converts soon decided to build Cessnock's Church of the Four Square Gospel.

In the 1930s, allegations of fraud were directed against the evangelist. Some former followers claimed they had been swindled out of their savings, with further claims some had been coerced to mortgage their homes and give the money to the church.

Van Eyk maintained his innocence and insisted financial windfalls were gifts from God. Claims about funds donated for spiritual purposes being misappropriated persisted after Van Eyk began driving around town in a new Chevrolet.

The Cessnock church congregation was split. Van Eyk was even locked out of his church, but he broke down the back door to reclaim it while carrying a glowing red cross.

Much earlier, Van Eyk's wife was reportedly so distressed by her husband's "special interest" in pretty young converts that she left him. He admitted "kissing" a number of girls, but insisted he was just being friendly. Then, a fellow church member was embroiled in a sex scandal involving a messy divorce.

"Van Eyk was definitely here from 1929 to 1935 when he left for Sydney. The Queenslanders ran him out of town and then he was reported in Western Australia in 1938 before departing to live permanently in South Africa in 1939," O'Sullivan said.

Van Eyk divorced his wife then re-married, with controversy swirling in his wake.

O'Sullivan's research disclosed that when Van Eyk was back home he continued to be an enthusiastic killer of large African animals. On one such hunting safari, the former evangelist was bitten by a tsetse fly.

"He refused medical treatment, believing God would cure him. He didn't. Van Eyk died on December 23, 1939," she says.

Well, his former neighbour, George Magennis, now 94, has revealed a little more about the talented, if eccentric, Pokolbin character, who was an avid gun collector.

"One time he caught someone creeping around his property in the dark and warned; 'I'll put moonlight through you'," he says.

"We kids used to call his house, about a half-mile away, the museum. That's because of what it contained. Besides guns, there were also swords, one from Waterloo in 1815 he said, plus a needle-sharp rapier, two sets of handcuffs, convict leg irons and a police baton hollowed out in the middle with lead inside from the 1929 Rothbury Riot.

"He also had a Japanese skull from WWII's Kokoda Track. He'd wiggle the jaw at visitors and say, 'Meet Mr Tojo' (named after an executed war criminal)," Magennis says.

"Some Tom, Dick or Harry must have gifted most items to him, because no one had any money. Scott's two sisters nearby were very proud, but poor. They always maintained they were related to the royal family.

"Jimmy Scott hated people trying to put something over him. One time a man living close was stealing his firewood, so he hid a detonator in with the stuff.

"Next thing you know a stove exploded. It was a crazy thing to do. Someone could have been killed by the shrapnel. Jimmy told the story many a time, rocking with laughter. He thought it was a great joke," Magennis says.

"After Jimmy died (in 1946) I believed his historic collection went to the Australian Museum in Sydney. But later I wondered if his half-brother had outlived him and made other arrangements. That's because I think I once saw items from it in a small, private museum at either Leura or Wentworth Falls in the Blue Mountains." 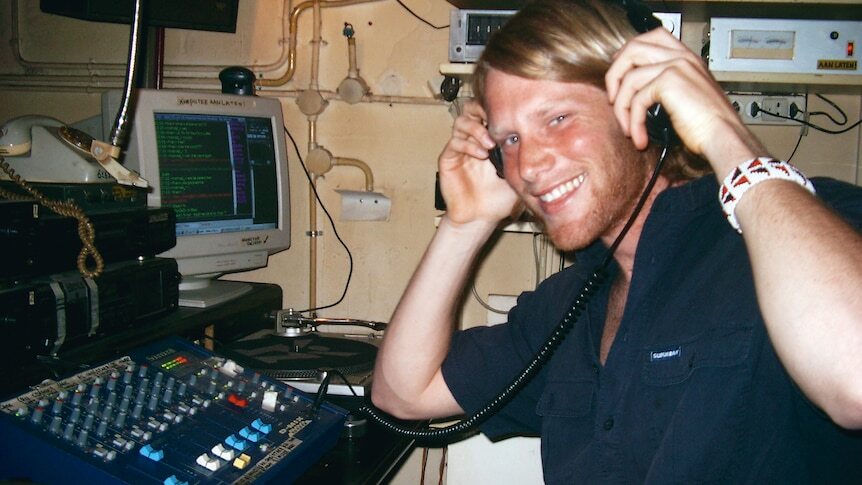 As with the Catholic church scandal, what ties sexual abuse to anti-choice activism is a belief in male supremacy