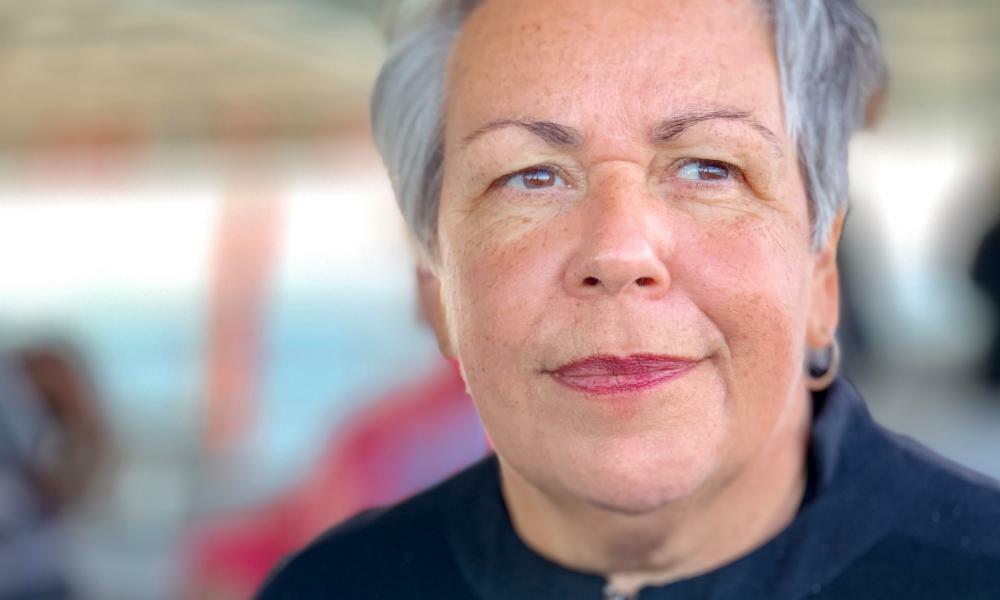 The Badtjala artist and academic Fiona Foley has taken out the top prize for an “original” and “inventively told” work in a year that saw a surge of recognition for Indigenous writers in the Queensland Premier’s Literary awards.

Foley won the $25,000 Premier’s award for a work of state significance for her book Biting the Clouds: A Badtjala perspective on the Aboriginals Protection and Restriction of the Sale of Opium Act, 1897 (University of Queensland Press), which explores the use of opium to coerce labour from Indigenous people at the turn of the 20th century, told in dialogue between Foley’s art and text.

The prize recognises “an outstanding work, by an Australian writer, focused on documenting, discussing or highlighting a uniquely Queensland story.”

“It’s a huge honour and a really big distinction in terms of bringing Indigenous knowledge to the fore, where Aboriginal people are starting to write about their own particular histories,” Foley told Guardian Australia.

The book is an extension of Foley’s doctorate – awarded in 2018 – which she said was part of “a lifelong search” to find out what happened to the Badtjala people of Fraser Island.

“I’m in my 50s, but I remember as a five-year-old child, sitting on the beach at Urangan, Hervey Bay, looking across at Fraser Island and asking my grandmother, ‘Why aren’t there any giivid [Badtjala for Aboriginal people] living on K’gari [Fraser Island]?’ She got a little bit gruff with me and shut down the question because I don’t think she knew how to answer it. These are the gaps in the history that Aboriginal people are unaware of as well,” Foley said.

Biting the Clouds examines the effects on Badtjala people of the ideology and actions of Archibald Meston, Protector of the Aborigines from 1898 to 1903, and the Anglican church that ran the missions on which they were sequestered, coupled with the use of opium as a means of “payment” for Indigenous labour.

The book is a consolidation of Foley’s work disseminating this history over the past decade, which has included speaking events, her academic studies, and creating artwork – some of which is installed at the State Library of Queensland.

Foley said she hoped her work would help develop a greater understanding of the deliberate structures that have been in place across Australia’s history to dismantle traditional Indigenous societies.

“It started with native mounted police, then it moved on to legislation and policy, and then it moved on to dismantling the culture, where you remove people from their traditional lands and you stop them from conducting ceremony or speaking language – and also breaking down the generations so that they can no longer transfer knowledge,” Foley said. “There were many systems in place to disadvantage Aboriginal nations.”

The premier, Annastacia Palaszczuk, and the arts minister, Leeanne Enoch, congratulated Foley, with Palaszczuk saying Biting the Clouds “puts a spotlight on a terrible part of Queensland’s history”.

“This significant truth-telling account will play an important role in building a more inclusive and respectful future for Queensland,” the premier said.

Six First Nations people were represented among the winners of the 11 categories in the literary awards, which were announced at an event at the State Library of Queensland on Thursday night.

Among them was Nardi Simpson, who won the fiction award for Song of the Crocodile (Hachette Australia), and writer and illustrator duo Kirli Saunders and Dub Leffler, whose illustrated verse novel for primary school-aged readers, Bindi, took out the children’s book award.

The ngankiburka-mekauwe (senior woman of water) Georgina Williams was awarded the David Unaipon award for an emerging Indigenous writer, which comes with a cash prize of $15,000 plus manuscript development and publication with University of Queensland Press.