'Finally got to meet it in person': The Greater Manchester bin that's become an unlikely internet star 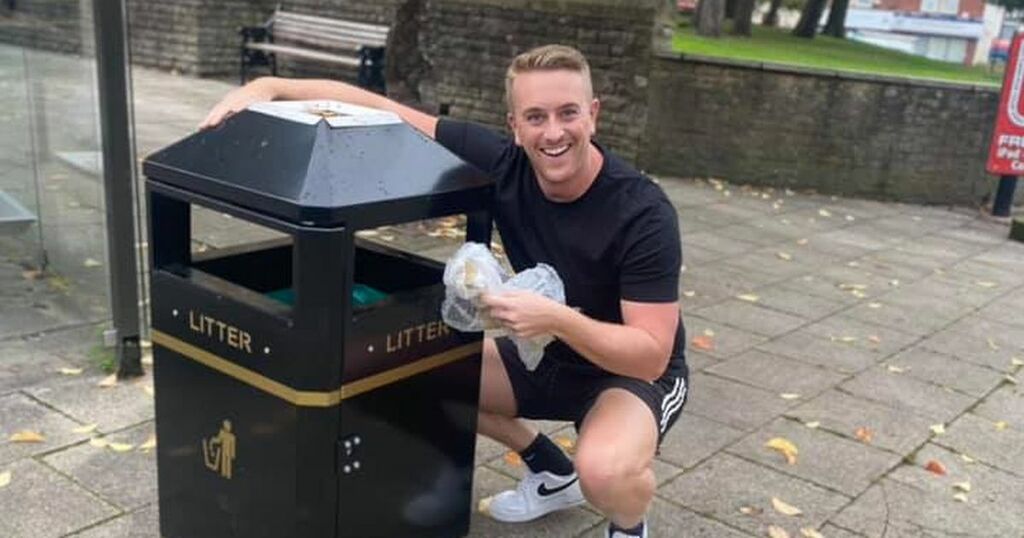 Plenty of celebrities have made their name in Greater Manchester, from musicians and actors, to sports stars and fashion icons.

But now there's an unlikely rising star making a name for itself - in the shape of a new bin.

It all started when Rochdale Borough Council posted a photo on Facebook this week of one new bin it had installed in Heywood.

READ MORE: 'Paranoid, controlling' coward broke into ex's house as she tried to call police - before slashing at her with knife

A post alongside it said: "New bin installed in Heywood next to the bus stop on Lance Corporal Stephen Shaw MC Way funded by our Heywood Township to help tackle litter in the area."

Residents soon inundated the council with replies - with many praising the move in typical Facebook fashion.

One person wrote: "I heard that they worked long into the night, meeting after meeting to make sure that Heywood got the bin that they deserved.

"They had to pull a few strings and call in some favours but they pulled it off."

Another said: "Take that Paris, we've got a bin in Heywood."

"Never say Rochdale Borough Council doesn’t push the boat out when it comes to spending money on Heywood," wrote a third.

The post received more than 120 comments of 'congratulations' to the council - with one person suggesting they should even 'pay more council tax for this fantastic honour'.

One resident couldn't hide his delight as he posed for photos by the famous bin.

Sharing his story on the Heywood Town Facebook group, Ben J Amin wrote: "Finally got to meet the new bin in person.

"Thanks Rochdale Council for making this happen. One bin is just what we needed, especially with the winter season approaching.

"The bin was lovely, the queues weren’t too big and he accepted my rubbish with ease.

Ben told the Manchester Evening News he posted the photos to cheer people up, but said it was 'ridiculous bragging about a single bin'.

"Rochdale town centre has a new shopping precinct when they already had one - Heywood gets a bin," he added.