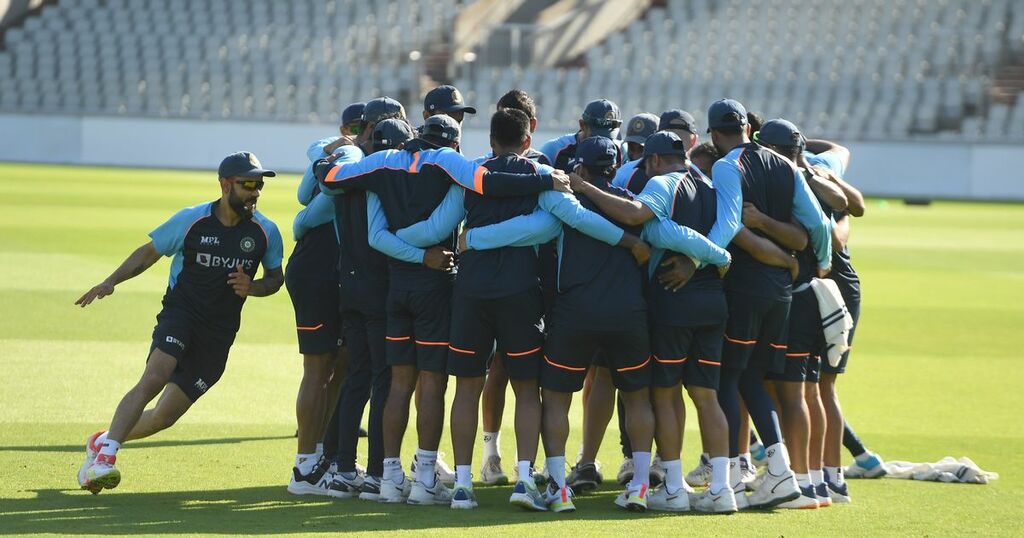 With the final Test between England and India at Old Trafford due to get underway on Friday, the India camp has been rocked by another reported positive coronavirus test.

During the fourth Test at The Oval, which India won by 157 runs, their head coach Ravi Shastri tested positive for the virus.

He was immediately placed into isolation along with three members of his backroom team, two of which subsequently also tested positive.

It has already been confirmed that Shastri, along with bowling coach Bharat Arun and fielding coach R Sridhar will miss the final Test as they have had to remain in London to complete their mandatory 10-day isolation periods.

Now, according to a report from ESPNcricinfo, another member of India's support staff has tested positive for the virus.

As a result, India's training session has been cancelled for the day and the players have been asked to remain in their hotel rooms.

The squad is understood to have undergone a round of Covid testing on Thursday morning and they are currently awaiting the results.

Will England win the fifth Test against India? Let us know in the comments section

The latest development does throw the fifth Test into doubt and whether it goes ahead will likely depend on the results of the latest round of Covid testing showing that there is not a major outbreak within the India camp.

India have been hit with a number of Covid scares in recent months, with wicketkeeper Rishabh Pant testing positive before the start of the series.

As India were touring England, a separate Indian side was in Sri Lanka for an ODI and T20I series, where Krunal Pandya, Yuzvendra Chahal and Krishnappa Gowtham all tested positive for Covid.