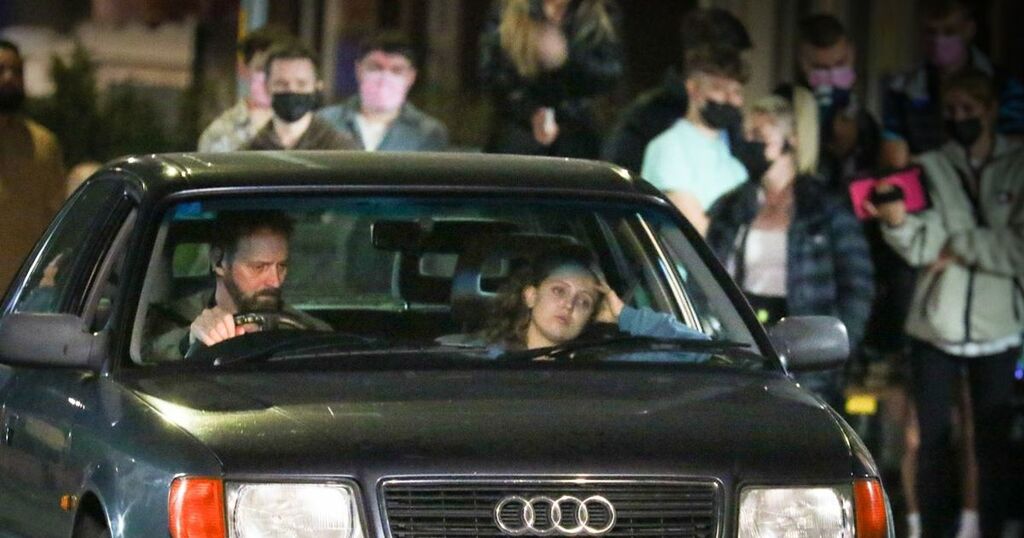 Filming for a brand new BBC drama has been taking place this week in Bolton.

Described as a cross between Scream and Derry Girls, Red Rose is the latest project from Bolton screenwriting twins Michael and Paul Clarkson.

The writing duo have previously worked on critically-acclaimed shows The Haunting of Bly Manor and See, starring Jason Momoa.

The latest show follows a group of British teenagers as they spend the summer after their GCSEs drifting around Bolton.

At the same time, a popular app called Red Rose which asks teens to take on increasingly dangerous challenges starts to divert their attention.

When one character downloads the app, a series of ‘nasty events’ set into motion.

Filming for the mysterious series took place on Adrian Road in Halliwell earlier this week.

Sections of the street were closed off for several nights while a number of actors filmed scenes at one of the properties.

The BBC production has been filming across Bolton for the last few months.

Filming for the show also took place in Churchgate in July, including outside the Ye Olde Man & Scythe pub.

Speaking about the project, Michael and Paul Clarkson said: "Red Rose is a love letter to our hometown and childhood.

"We get to explore what challenges face the bright but opportunity starved teenagers of today.

"Working on the Haunting Of Hill House has prepared us well to undertake this genre driven challenge. We can’t think of a better home for it than the BBC. It’s gonna be well good!"

The cast for the show has not yet been announced.

The eight-part series is expected to air on BBC One next year, while it has also been announced it will air on Netflix internationally.

See all the latest news by receiving email updates.