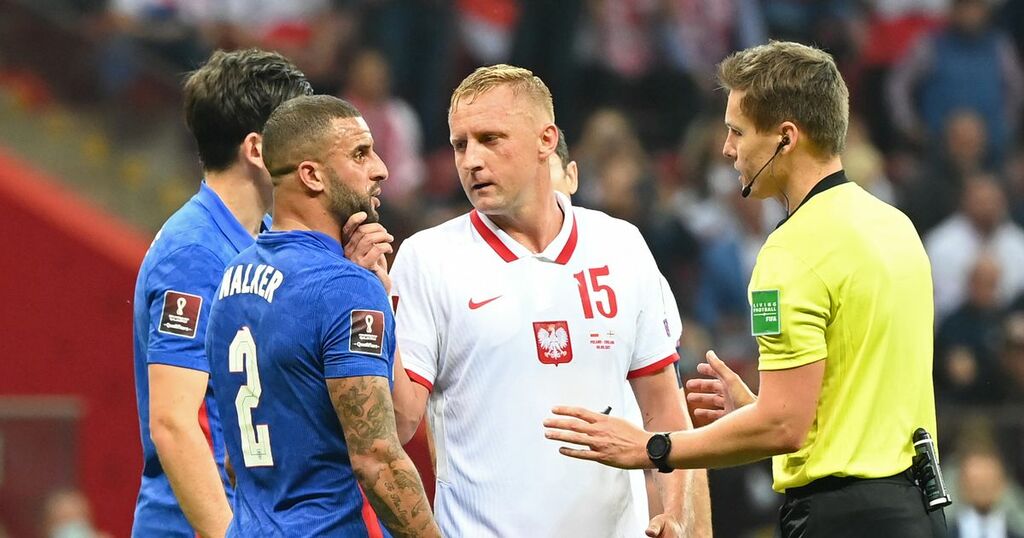 Poland defender Kamil Glik is alleged to have made a remark or gesture in a bust-up with Walker which left England defender Harry Maguire incensed.

Poland players have strenuously denied any wrongdoing, Glik was alleged to have pushed Walker several times before the flare-up.

Football Association officials Emily Webb and security officer Tony Conniford made accusations to fourth official Daniel Schlager at half time during the game in Warsaw.

The English FA have yet to go public as they try to ascertain exactly what was said or done and whether it was an allegation of racism.

Poland team manager Jakub Kwiatkowski was called from the home team’s dressing room as the FA made the allegation, UEFA delegate Joao Morals took statements and gave the go-ahead for the game to continue.

Glik, who was also booked, said: “There was some scuffle, later I wanted to shake Walker's hand but he didn't accept it. There was some verbal scuffle but nothing more happened there.”

Kwiatkowski said the Polish FA will cooperate with the FIFA investigation but strongly denies any wrongdoing from his nation’s players.

Kwiatkowsk told Mirror Sport: “The English FA said there had been a racist remark made but Glik says that is completely not true. I know the players and they have not done that and nor would they. We completely deny any allegations of wrongdoing.”

The FA declined to comment on the latest development but have confirmed they will be taking witness statements and the allegations have prompted FIFA to get involved and launch an investigation.

It comes just a week after England players Raheem Sterling and Jude Bellingham were allegedly targeted by racist remarks during their World Cup qualifier in Hungary. FIFA have also launched an investigation into the events in Budapest.

FIFA have issued a statement after the events in Warsaw and said: “FIFA is in the process of analysing the official match reports of the FIFA World Cup qualifier match between Poland and England.

“The relevant information will be assessed by the competent disciplinary bodies in order to decide on next steps.”