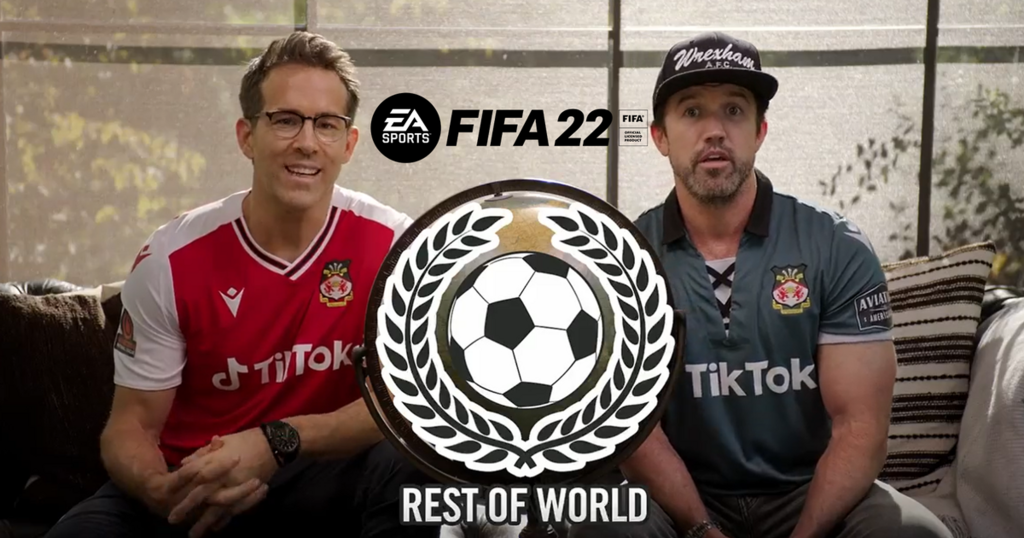 The Red Dragons will feature in the Rest of World section of clubs in FIFA 22, as the National League isn't included as a standalone league on the game due to the lack of licensing, so the club will feature in that category rather than an actual league.

Reynolds and McElhenney completed their purchase of Wrexham AFC in February 2021, and have invested money into the club to try and push them towards the EFL.

Phil Parkinson has joined the club as manager, whilst they've also recruited a number of high-profile players including Paul Mullin and Ben Tozer. There's also a documentary in production that will focus on the high-profile takeover.

The partnership will also see EA SPORTS supporting Wrexham AFC’s work off the pitch, in the local community via an initiative with Wrexham Glyndwr University, and the provision of a community lounge at the Racecourse Ground in the future.

“It’s great to be partnering with Wrexham AFC and to support the club’s commitments to the Wrexham community and its fans," said David Jackson, EA SPORTS VP Brand.

“We’re excited to launch innovative community projects in collaboration with the Club, and for Wrexham fans to experience playing with their side in EA SPORTS FIFA 22 when the game releases later this month.”

Humphrey Ker, Executive Director, said “There are only a small number of brands within Football that can be classed as iconic and that every Club wants to be associated with.

Everyone is truly excited about Wrexham joining FIFA 22. The co-chairmen talked about making Wrexham a global force when they became its custodians and are now able, with our fans, to take on the Rest of the World, as part of that journey.”

When the purchase was confirmed, Reynolds and McElhenney said they would make the club a "global force" during a meeting with former owners the Wrexham Supporters Trust, which took place after 95 per cent of members voted in favour of talks. A subsequent vote saw 98.6 per cent of members vote in favour of the takeover, which was eventually confirmed.

A statement on the club's website in February 2021, confirming the takeover, read: "The Wrexham Supporters Trust Board is pleased to announce the completion of the sale of Wrexham AFC to RR McReynolds LLC.

"We would like to thank all our members for their participation in the voting process and patience regarding the deal. Also, to our advisors on the deal, namely BDO, Kevin Jacquiss, Mackenzie Jones, Rob Parry and Sheridans.

"The Wrexham Supporters Trust Board would also like to thank both Rob McElhenney and Ryan Reynolds and their advisors, Inner Circle Sports and Walker Morris, for the time they have put into this process.

"We would like to place on record our gratitude for their professional approach at all times, and for their engagement with Wrexham Supporters Trust, Wrexham supporters and the broader local community.

"Wrexham Supporters Trust now enters a new chapter, with thought required on the direction we take. We urge all supporters to unite behind our new owners, the Club and the team as they look to return Wrexham to the heights we have all dreamed of."