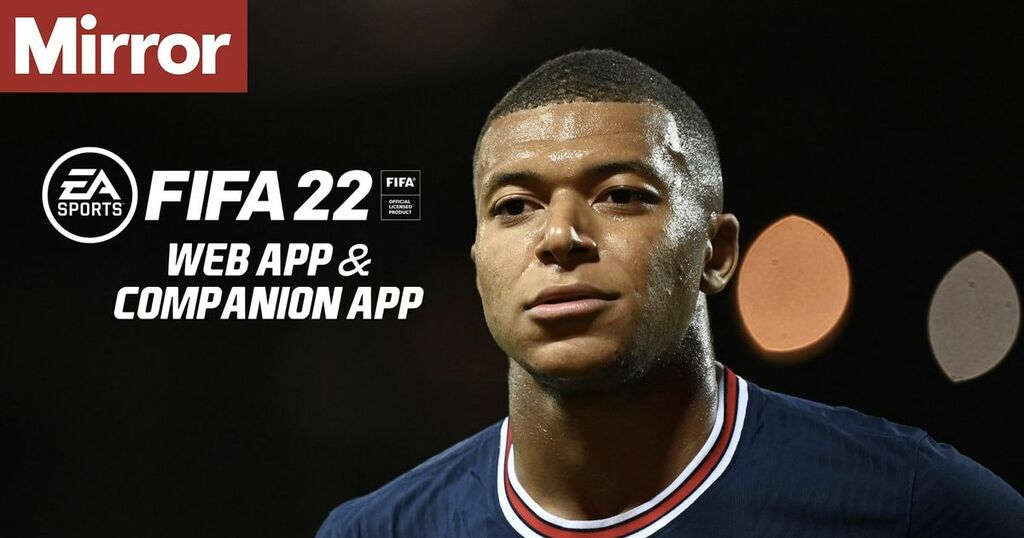 EA Sports has released a lot of FIFA 22 feature news over the last couple of weeks in the lead up to the official release in the UK and worldwide on Friday, October 1, 2021.

These updates on the game including detailed deep-dives on Gameplay, Pro Clubs, Ultimate Team and Career Mode, with more news set to be announced in the next few weeks.

FIFA 22 Ultimate Team is set to introduce a host of new features and updates to current game modes, including overhauls to Division Rivals and FUT Champions, a new Co-Op Friendlies mode, the introduction of FUT Heroes, new stadium customisation and much more.

With these additions coming to FUT 22, expect to see updates and new features added to the FIFA 22 Web App and Companion App that are expected to be released before the official full release of FIFA 22.

The Web App, also known as FUT Web, is an online extension where you can manage the FUT 22 club you have in your PlayStation, Xbox or PC, directly from an internet browser.

The FUT 22 Web App is the centre for all FIFA 22 Ultimate Team enthusiastic. You can do almost everything you do on the platform. Obviously, playing matches is one of the few exceptions.

With the Companion app, you can manage the FUT 22 squad you have on your PlayStation, Xbox or PC.

The EA Sports Football Club Companion App, for iOS and Android devices, lets you access the FUT Transfer Market, manage your FUT squad, submit SBCs and purchase packs from the store anywhere your mobile device has an internet connection, at home or on the go.

Here's what you can expect from the FIFA 22 Web App and Companion App:

What is the release date?

The Web App and Companion App are usually released around a week before the official full game release date, with four of the last five Web App releases falling on a Wednesday, with the Companion App being released the following day.

What features are available?

How do I access the Web App and Companion App?

Use the EA Sports Web App address link to access the FIFA 22 Web App, and follow these simple steps:

For the Companion App, install it on your mobile device searching for ‘EA SPORTS FIFA 22 Companion’ on the Google Store or App Store, and follow the above steps.

The Web and Companion App is the first chance players have to start creating the squads they will use on the full game.

Early access is not available to everyone, as only returning FUT 21 players whose accounts are in good standing and have created their FUT clubs before August 14, 2021, gain access to it.

Those who switched to other platforms, were banned or had other actions taken on their account in FUT 21, won’t be able to play it. Those who don’t pre-order the game, will have to log in on their console or PC at least once to continue using both apps after October 21.

This early access is only applicable to the Ultimate Team mode. It is also very limited, because players can only perform the actions available on the Web & Companion App.

In other words, they can claim the welcome back packs, trade and complete the first SBCs and objectives, but they can not test their squads on the field.

Rewards are based on your account’s good standing in the game, along with your player history and engagement. This is why your rewards may be different from your friend’s. Besides that, returning user rewards are tied to your specific console account. So, if you switch platforms or create a new account on the same platform, your rewards won’t carry over.

During the FUT Web App Early Access, there are two types of offers:

Starter Pack
The Starter Pack has, besides enough players to start playing (17 bronze, 2 silver and 3 gold), everything your club needs to start: 1 manager, 5 club items and 6 consumables. All the cards of this first pack are untradeable, which means that you can not sell them.

Welcome Back Packs
The game rewards returning users for their loyalty – their FUT 21 gaming activity – with up to four gold players packs, three gold loan players, one 10×1500 coin boost item and a selection of kits from the previous FIFA.

Are you looking forward to the release of the FIFA 22 Web App and Companion App? Let us know in the comments below!

FIFA 22 is available to pre-order now on all platforms.