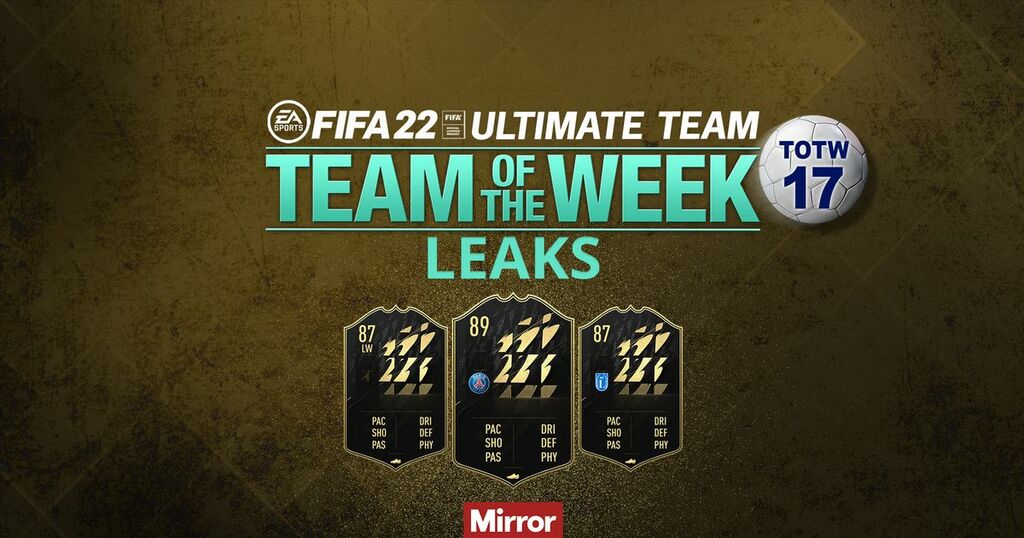 The FIFA 22 Team of the Week (TOTW 17) squad is reportedly set to feature PSG defender Marquinhos, but apparently, no Headliners items will feature.

The EA Sports FIFA 22 TOTW 17 is set to be revealed at 18:00 PM GMT on Wednesday, January 12, 2022 and as has been the case over the last few weeks, some social media accounts are claiming to have knowledge of players who will be included in the squad later today, including Paris Saint-Germain defender Marquinhos.

However, according to various social media accounts, no Headliners items will be included in the upcoming TOTW 17 squad, following the release of Headliners Team 1 and Headliners Team 2 in recent weeks.

There are also various other leaks, with players from AC Milan, Inter, Real Sociedad, Lazio, Real Betis and AS Monaco.

If you don't want to see any spoilers for the upcoming FUT 22 TOTW 17, look away now.

According to various social media accounts, including the reliable @DonkTrading, the following players could be set to feature in the FIFA 22 Team of the Week 17 (TOTW 17) squad.

Brazilian defender Marquinhos is reportedly set to feature in TOTW 17 despite failing to score, assist or keep a clean sheet in the Parisian side's 1-1 draw at Lyon.

Meanwhile, Oyarzabal scored the only goal of the game in Real's 1-0 win against Celta Vigo, and Milinkovic-Savic scored twice and assisted another in Lazio's 3-3 draw against Empoli.

The players featured above have a good chance of featuring this week, based on their performances for their domestic teams, but FUT 22 players will have to wait before EA's official reveal to find out for sure.

Which players are you expecting to see in the FIFA 22 TOTW 17 squad?

The EA SPORTS FIFA Team of the Week will be revealed and released into packs at 18:00 BST UK time every Wednesday throughout FUT 22.