EA Sports have released the Premier League Team of the Season (TOTS) squad in FIFA 22, featuring the likes of Mohamed Salah, Cristiano Ronaldo and Heung-Min Son.

The FIFA 22 Premier League Team of the Season (TOTS) squad was revealed and released into packs by EA Sports at 18:00 PM BST on Friday, May 6 2022, with the final squad chosen by the FIFA community. Liverpool and Manchester City players dominate the squad that also features Manchester United's Portuguese duo Cristiano Ronaldo and Bruno Fernandes.

The Team of the Season Promo awards the best performing players around the world with special, heavily boosted player items in FUT 22. Mohamed Salah and Cristiano Ronaldo lead the Premier League TOTS squad as the highest-rated players, rated 97 overall.

Do you agree with the players included in FIFA 22's Premier League TOTS squad? Let us know in the comments below!

Along with Salah are some of the worlds best players including Liverpool's Virgil van Dijk, Trent Alexander-Arnold and Alisson, Manchester City's Kevin De Bruyne and Joao Cancelo and Spurs' Heung-Min Son. The 15-man squad features six Liverpool players and five Manchester City players, highlighting the impressive performances from both teams this season.

The FIFA 22 Premier League TOTS squad releases at 18:00 PM BST on Friday, May 6, 2022 and ends on Friday, May 13, 2022 at 17:59 BST. Some of the best players could return at a later date in the Ultimate TOTS squad though, and along with the main squad release, a selection of themed Squad Building Challenges and objectives will be released, with more players available to earn.

What do you think of the FIFA 22 Premier League TOTS? Let us know in the comments below! 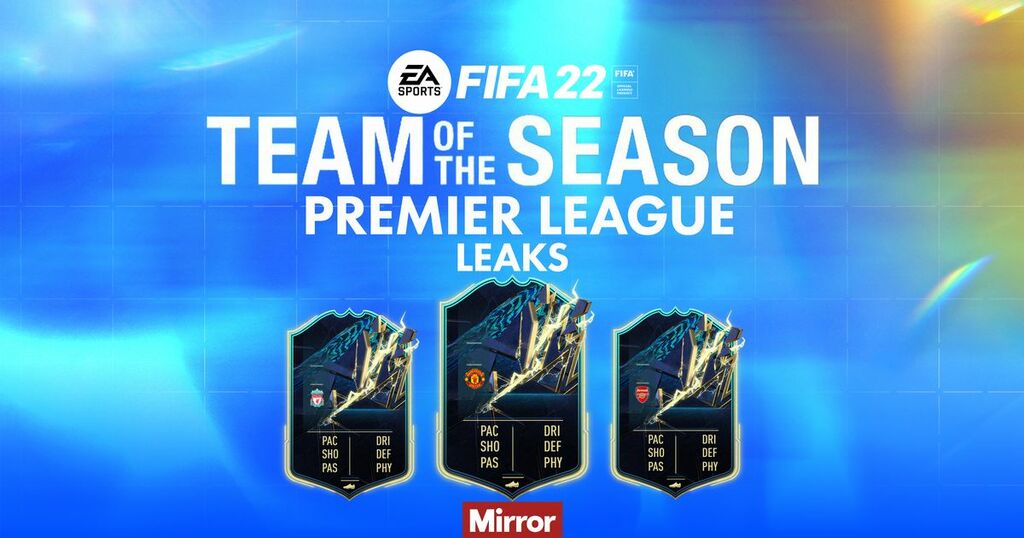 Daily Mirror
One subscription that gives you access to news from hundreds of sites
Liverpool 1-1 Tottenham: Premier League – as it happened

Cristiano Ronaldo enjoyed an excellent April and he's been nominated for the Premier League's Player of the Month.