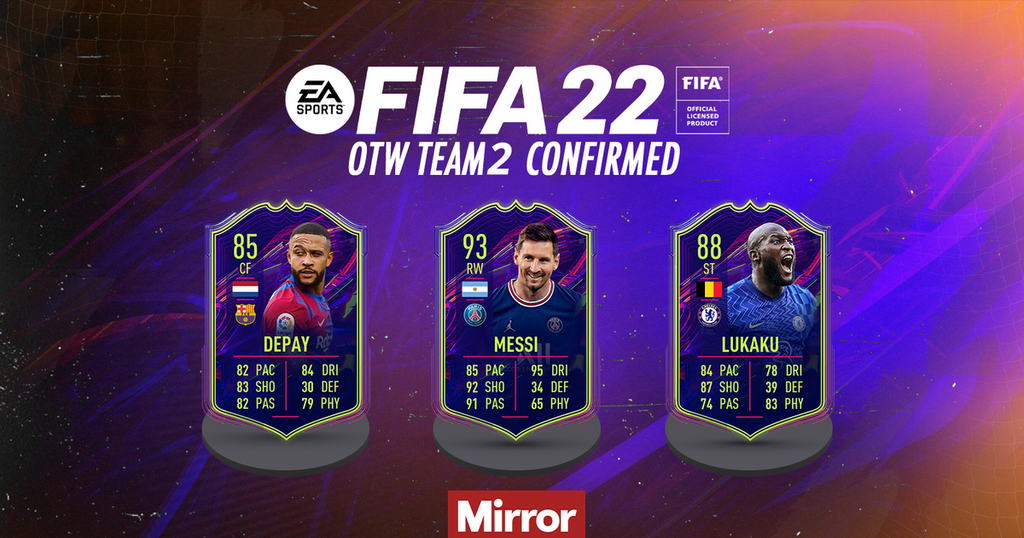 EA has also released a number of OTW players through SBCs including Andre Silva and Anderson Talisca, with players like Atletico Madrid forward Antoine Griezmann being released on Sunday in a OTW mini-release.

New Paris Saint-Germain forward Lionel Messi features as a OTW Team 2 item in FIFA 22 Ultimate Team, with the Argentine forward rated at 93 overall, and his OTW item is set to be incredibly expensive considering the potential for the card to upgrade.

The full list of players involved in Team 2 is below:

Players who've pre-ordered the Ultimate Edition of FIFA 22 on next-gen or current-gen received a free OTW player item pack, which they can open provided it hasn't been opened already!

The Ones to Watch (OTW) promo is a year event released in FIFA Ultimate Team in correlation with FIFA's worldwide release date. The promo consists of giving a special dynamic item to all the high-profile players who have transferred clubs during the summer transfer window.

Each OTW item can upgrade based on how that players perform for their new clubs in real life. As players earn Team of the Week and Man of the Match Items throughout the season, their OTW Items will upgrade, too.