'It was rubbish' - Liverpool change welcome ahead of Champions League return 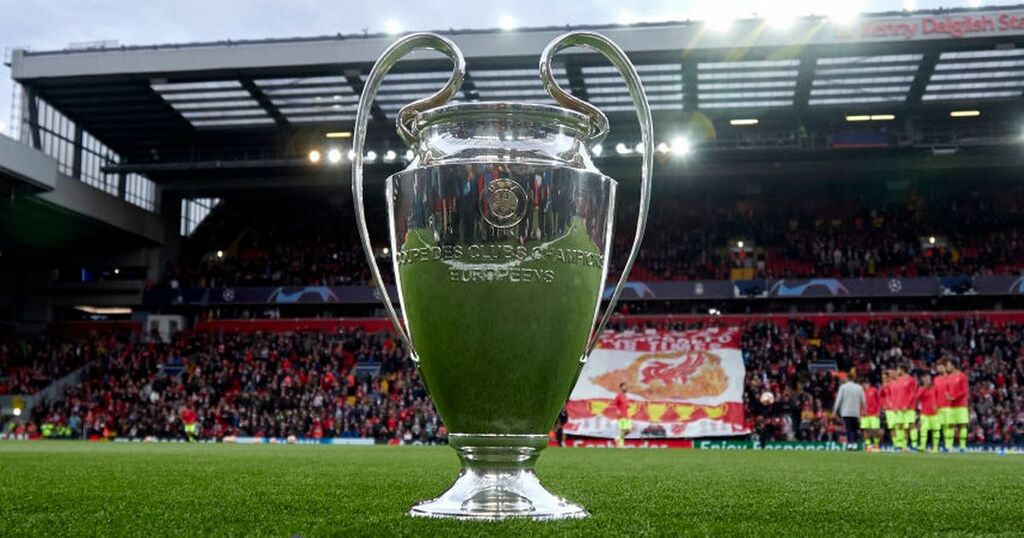 When the draw for the opening stage of the Champions League was made last month, eyes were instantly drawn to the glamour group - with Liverpool right at its heart.

The Reds have been pooled alongside Spanish champions Atletico Madrid, Italian giants AC Milan and seasoned Portuguese campaigners Porto in by some distance the toughest section.

But former Liverpool winger Steve McManaman - a two-time winner of the tournament with Real Madrid - believes such historically strong opponents should not intimidate Jurgen Klopp's side.

"The names are big but I don't think the way they are playing is big," he says. "It shouldn't affect Liverpool.

"I don't think Liverpool should have too much of a problem. Milan were second in a poor Italian league, and they wouldn't scare me. Likewise Porto, who aren't the Porto who Liverpool destroyed two or three years ago.

"Atletico have brought in Antoine Griezmann which will help them, but you know what you're going to get from them. They are going to defend and look to nick a goal.

"But for every player you name in the Atletico Madrid team, I can name someone in the Liverpool team who I think is better. But they will be tough to beat.

"I'd be very surprised if Liverpool can't qualify from this group."

Liverpool begin their Champions League campaign with the visit of AC Milan this evening, the first time the teams have met in a competitive fixture outside the finals they fought out in 2005 and 2007, winning one each.

Not since the home second round defeat to Atletico Madrid in March 2020 at the start of the coronavirus pandemic have the Reds played in front of a crowd in European competition.

And McManaman says: "Everybody is looking forward to a great Champions League night once again at Anfield. It was after the Atletico Madrid game last year that the world stopped.

"Those Champions League nights are very special. I've witnessed them many times, but the people I take along to games and people I work with always say it's very special at Anfield. AC Milan is a nice game to start with, isn't it?"

As co-commentator for BT Sport, McManaman was regularly present in empty stadia for the latter stages of the 2019/20 season and the whole of the last campaign.

And he is adamant that behind-closed-doors games meant players were robbed of the essence of European competition.

"It was rubbish, wasn't it?" exclaims McManaman. "Sure, it's interesting that you could hear the players swearing and shouting at each other and the managers as well, so you get a different dynamic and you can find out who are the noisy players and which ones communicate.

"But you don't half miss there being an atmosphere and how players respond and how sometimes opposing players can melt.

"That's what European football is all about - experiencing really vociferous, hateful crowds away from home. I always used to love that.

"Nobody can tell me that when Liverpool beat Barcelona 4-0, a lot wasn't to do with the crowd. Of course it was.

"Liverpool last season should have hammered Real Madrid in the quarter-final second leg at Anfield. When Mo Salah missed that early chance, it just felt like it was a friendly rather than there being a huge roar of anticipation.

"With the crowd in against Milan, it's going to be an incredible atmosphere."

McManaman adds: "All teams missed their fans, but I genuinely believe Liverpool missed their supporters more than most.

"Going around Europe, you know the grounds with crazy atmospheres. You know places when you turn up at the hotel or airport there'll be fans shouting and screaming in an attempt to put you off.

"I always find that quite magical, to be honest. It adds to the occasion, rather than taking anything away."

With Chelsea the reigning European champions, Manchester City runners-up and Manchester United having been Europa League finalists last season, the battle facing Liverpool to win the Champions League will be similar to the one they are fighting to regain the Premier League title.

And McManaman believes the Reds, along with City, are still the teams to beat domestically, and expects Klopp's side to go deep into the Champions League this season once again.

"Liverpool of a few years ago, that level is what is needed this season in the Premier League - and they've reached that level on more than one occasion with virtually the squad they have now and some key additions," he says.

"They should be able to get to that level again. Liverpool and City are setting the benchmark.

"It's now up to Chelsea and Manchester United to get to that level in the Premier League. The Champions League is a little bit different, of course, sometimes you can get lucky or have some injuries, but to sustain it for 38 games, the level of Liverpool and City is what everyone needs to reach.

"Those four teams are good enough to win the Champions League. I'd put Bayern Munich up there too. I wouldn't put any of the Spanish teams, and PSG are a work in progress and whether Mauricio Pochettino can get them all firing is the big question."

BT Sport is the exclusive home of UEFA Champions League football. Watch every game of the 2021/22 competition live on TV, online and on the BT Sport app. For more info, visit btsport.com