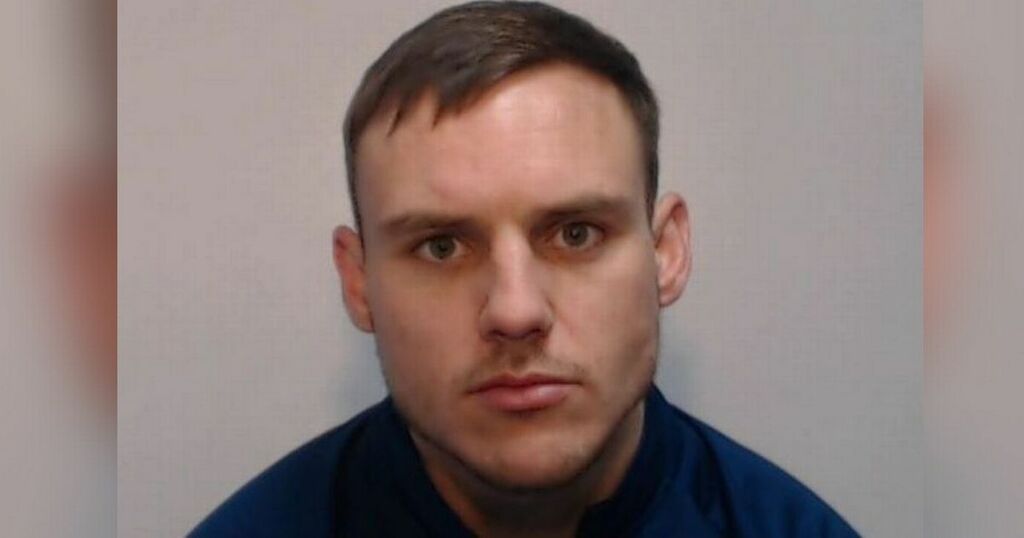 A cocaine dealer who worked with a organised crime gang which laundered £9 million in dirty money in just three months has been locked up for almost a decade. Nathan Powell, 31, was unmasked as the man operating the EncroChat handle 'Festive Ape' when law enforcement were able to hack in to the previously untraceable messaging network.

He was linked to drugs boss Leon Atkinson, a friend of cop killer Dale Cregan who was found to have prison letters from the murderer when police raided his home. Powell, from Openshaw, and another man, 37-year-old Adam Marsden, acted as 'distributors' below 'regional' cocaine supplier Atkinson.

Atkinson, 44, was linked to at least 28 kilos of cocaine. Marsden was linked to 12 kilos and Powell to 13 kilos. Atkinson took on 13 kilos of the 30 kilos robbed in an underworld heist at the stashhouse of a notorious Liverpool gang.

READ MORE : Cocaine dealer known as 'The Unit' moaned that police had 'taken all my trainers and everything' after his role in criminal underworld exposed

After the Cox crime family struck in Merseyside, Powell picked up the drugs on Atkinson's behalf in a handover near Manchester City's training ground. Two other men acted as couriers for the outfit. 'Hard up' Rochdale taxi driver Romiz Ahmed laundered nearly £2 million for crime bosses, and Abdul Ghafar, 46, was linked to almost £6.5 million.

"In the period covered by the indictment, Mr Atkinson, Mr Ghafar, Mr Marsden and Mr Powell were part of a network of organised criminals and crime groups involved in the supply of substantial quantities of class A controlled drugs, in particular cocaine," prosecutor Richard Wright QC said earlier this week.

"Those involved in the conspiracy to transfer criminal property were involved in transferring, in the space of three months, £9,331,090. This was plainly a national and international operation." The offences were committed from March to June 2020, at the height of lockdown.

In interview with police, Powell denied being responsible for the 'Festive Ape' handle. "My name's Nathan Powell, not Festive Ape," he said. Powell has now been sentenced after the other four men were jailed earlier this week.

"He realises he has got himself into very deep and very hot water," his barrister Keith Harrison said. "This is not the way he wants to manage his life."

Mr Harrison said Powell suffered serious injuries during an accident and started using drink and drugs to cope with the pain, before starting dealing drugs himself. "That is how he came to succumb to temptation in helping out a so-called friend supply drugs," he said.

Powell was later given an EncroChat phone, Mr Harrison added. "The rest is sad history." More than a dozen of his family and friends attended the sentencing hearing.

"That should tell you how badly you have let down the people who are closest to you," Judge Nicholas Dean QC said. Powell's partner told of their 'nightmare' after he was arrested following the EncroChat discoveries.

Powell was jailed for nine years and eight months. Marsden previously received the same sentence, while Atkinson was sentenced to 15 years.

Ghafar was locked up for eight years and eight months, while Ahmed received six years. Atkinson, of Brindley Close, Atherton, pleaded guilty to two counts of conspiracy to supply class A drugs.

Ahmed, of Rossall Road, Rochdale, was found guilty after trial of being concerned in an arrangement which facilitated the acquisition, retention, use of control of criminal property by others.