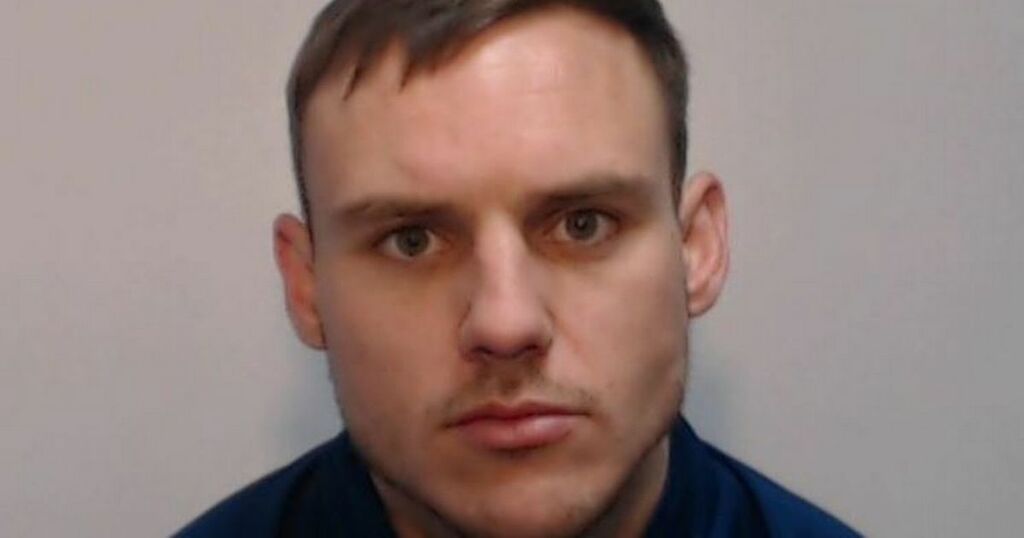 A criminal who bought cocaine stole from a Liverpool stash house during a violent robbery has been jailed.

Richard Caswell conspired with the Cox brothers to steal a 30kg cocaine haul from a house on Croxdale Road West. A father and son were slashed and beaten during the violent robbery when over £1m of cocaine was stolen by Caswell, Jason and Craig Cox.

Last month Manchester Crown Court heard how the Cox brothers soon began selling the stolen drugs to criminal associates across the city. The Cox gang made contact with East Manchester crime boss Leon Atkinson, who agreed to buy around half the cocaine stolen from the stash house.

Police found letters from jailed murderer Dale Cregan to Atkinson when they raided his home in 2020. Cregan, from East Manchester, murdered police officers Nicola Hughes, 23, and Fiona Bone, 32 in a gun and grenade attack which shocked the country.

Michael Nevin, who worked as a courier for the Cox gang, was sent to meet Nathan Powell. Powell represented Atkinson at the meeting near the Manchester City training ground.

Atkinson, 44, was linked to at least 28 kilos of cocaine. Marsden was linked to 12 kilos and Powell to 13 kilos. Atkinson took on 13 kilos of the 30 kilos stolen from a stash house on Croxteth Road West in Liverpool.

Powell denied being 'Festive Ape' when interviewed by police. Powell was jailed for nine years and eight months during a hearing at Manchester Crown Court yesterday. Marsden previously received the same sentence, while Atkinson was sentenced to 15 years.

Keith Harrison, representing Powell, said: "He realises he has got himself into very deep and very hot water. This is not the way he wants to manage his life."

Mr Harrison said Powell suffered serious injuries during an accident and started using drink and drugs to cope with the pain, before starting dealing drugs himself.

Powell was later given an EncroChat phone, Mr Harrison added. "The rest is sad history."

More than a dozen of his family and friends attended the sentencing hearing. Judge Nicholas Dean QC said: "That should tell you how badly you have let down the people who are closest to you,"

Powell's partner told of their 'nightmare' after he was arrested following the EncroChat discoveries. On Monday Atkinson and his associates were handed prison sentences. Atkinson, of Brindley Close, Atherton, was jailed for 15 years.

The well known Manchester based criminal had pleaded guilty to conspiracy to supply Class A drugs and money laundering. Atkinson had used the Encro handles Carrothorn and Maidenbear.

Abdul Ghafar, 46, of Roberts Street, Nelson was jailed for eight years and eight months. Ghafar had pleaded guilty to money laundering and conspiracy to supply Class A drugs.

Romiz Ahmed , 39 of Rossall Road, Rochdale was jailed for six years. He was found guilty of money laundering after a trial.

Adam Marsden, 37, of Taunton Avenue in Rochdale, was jailed for nine years and eight months. He admitted conspiracy to supply class A drugs and money laundering.

Last month Manchester Crown Court heard distressing details of how Caswell and the Cox brothers used tracking devices to plan the robbery on the stash house. The court was played CCTV and police bodycam footage which showed the aftermath of the raid.

Nevin was jailed for nine years and nine months.

Caswell will be sentenced with Jason Cox, Craig Cox, and Lee Cox later this month. The four men have pleaded guilty to drug offences and possessing criminal property.