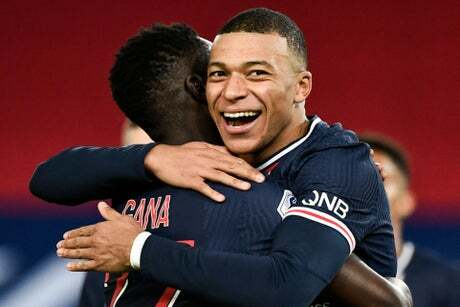 Ferrari have kicked off the mind-games with rivals Red Bull as the Formula One season hots up.

The Scuderia have fired the first shots in what is shaping up to be a new rivalry as long-time leaders Mercedes struggle to get with the pace. Whispers from the pit-lane suggest that Red Bull has already splashed more of its budget on car upgrades than their Italian rivals.

Ferrari boss Mattia Binotto caused a stir with his comments. He said: “I hope at some point Red Bull can no longer develop, because there’s a budget cap for a reason. If they can, then I don’t understand (why).”

Binotto hinted that Red Bull has already spent a lot more of the $140m budget cap than his team. However, insiders in Max Verstappen’s camp believe this is little more than hot air.

They have pointed to re-structuring within the team - fewer of the team travel to the track and more work is carried out in the Milton Keynes factory.

Red Bull insist they are sticking to the schedule drawn up prior to the start of the season and maintain that any major upgrades will come after the summer break.

Do you think Red Bull will beat Ferrari to the world title? Let us know in the comments section.

Both teams are pressing ahead of with improvements. Ferrari have announced significant package of upgrades for the up-coming race in Spain after two wins while Red Bull are concentrating their efforts on weight-loss.

Red Bull advisor Helmut Marko said: “The car has lost weight but we still have work to do in this area. We are still above the minimum weight of the FIA. We have to work towards the number and it will be done in several steps.”

Red BullFerrariMattia BinottoMilton Keynes
Sign up to read this article