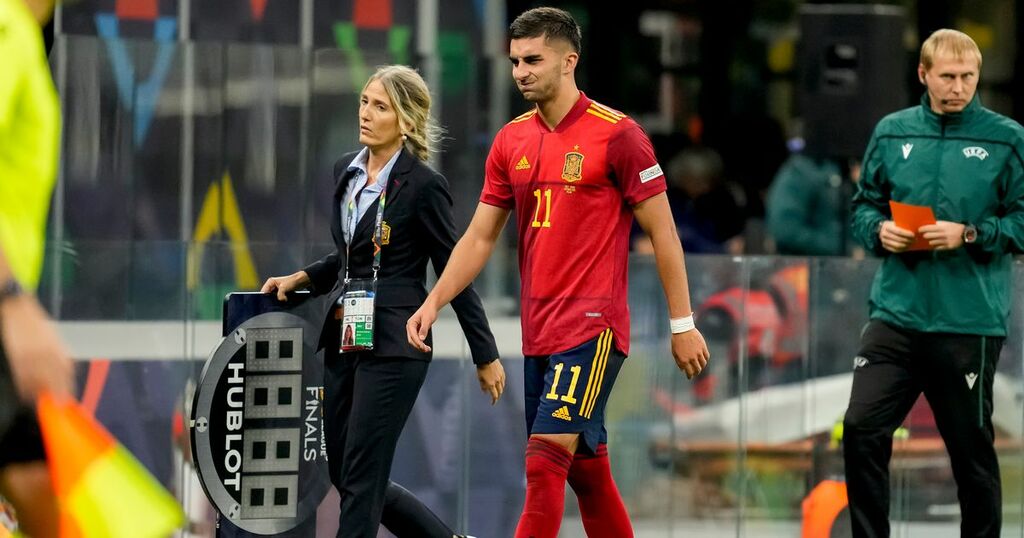 Ferran Torres has downplayed any suggestion of a serious injury after being substituted in Spain's Nations League win over Italy.

The sight of Torres scoring two well-taken poacher's goals at the San Siro would have delighted Manchester City, but seeing their young forward substituted just after half time would have caused some concern back at the Etihad.

Torres, 21, had opened the scoring with a lovely first-time glanced finish from Mikel Oyarzabal's tempting cross, before peeling away from his marker and heading home a second just before the break.

However, Torres had to be substituted after feeling the effects of a heavy challenge from Chelsea midfielder Jorginho, seemingly making him a doubt for Sunday's final against France or Belgium.

Spain boss Luis Enrique revealed after the game that Torres was carrying a couple of knocks before his substitution, suggesting the change was more precautionary than problematic.

“I’m not sure how Ferran will be," he said after the game.

“He had a knock in the first half and another in the second half so we decided to take no risks.”

Torres himself faced the media, saying he's preparing for the final in three days and expects to play a part, easing any injury concerns for City boss Pep Guardiola.

He said: “I am happy for the team. I believe that perseverance and training make the results arrive.

“I had a few minor annoyances but I’m already thinking about the final.”